Alessandro Bazzoni “Religion and culture: What they have in common?” 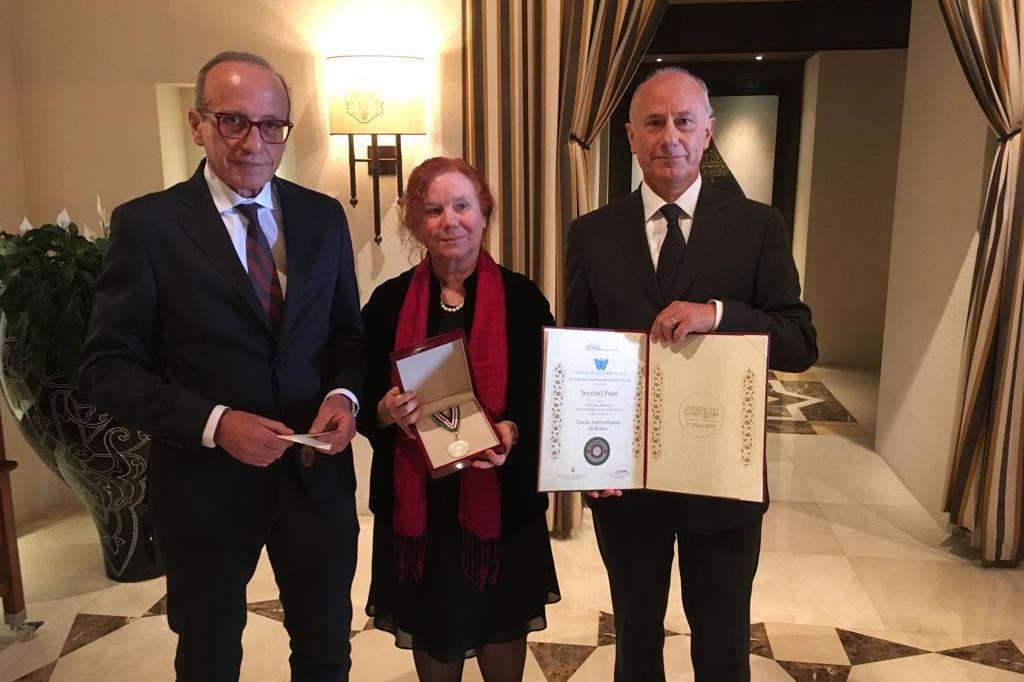 “It seems a miracle to me to be here to present this project conceived in March in a very informal meeting and which today sees the sharing and signing of all religious representatives” declared the psychologist Alessandro Bazzoni of the ASL Rome and spokesperson for the project “The acceptance of the cultural and religious differences and specificities of the ASL Roma E “, which was presented at the Academy of Sanitary Art of the Monumental Complex of the Holy Spirit” Now the working group will have to move to operations by creating a network of relations with the institutions that they will have to define themselves and say in what terms they want to achieve it ”.

The project carried out in collaboration with the Academy of History of Healthcare, the Religions for Peace, Ascoltare le suffering, Cittadinanzattiva -Tribunale Rights of the Sick and Hospital Volunteers Association and with the patronage of the Jewish Medical Association (Ame), of the Order of Doctors of Rome, of the Association for the Ethical Protection of Care and Assistance (Teca), of the Catholic Doctors Association (Amci) and of the Doctors of Foreign Origin (Amsi), aims to identify and share and propose operating methods aimed at improving health services directed to people of different cultural and religious backgrounds, to provide all the sick without distinction the same sources of relational, cultural, spiritual support and confessional sharing, such as in relation to nutrition, the methods adopted in the event of death, the different approach to relationships and patient care in its entirety, to the relational and communicative methods to share informed consent and thus obtain the declaration of having received adequate information.

After the greeting of Professor Pier Paolo Visentin, president of Teca and general secretary of the Academy of History of Healthcare, Mario Falconi (Order of doctors of Rome), Teofilo Katamba (Amsi), Franco Placidi (Amci) followed one another. , and Guido Coen (Ame) who expressed their satisfaction with the presentation of this important project. “The Talmud says, He who saves a life, saves the whole world”, in fact declared Coen, immediately after recalling how the Jewish religion has a long tradition linked to welcoming the different and how being a doctor implies greater availability towards the next. Immediately afterwards, the signing ceremony of the project was held by all the religious representatives who attended.

Dr. Cesare Efrati, doctor of the Jewish Hospital in Rome, was entrusted with the task of lighting a candle in the name of the representatives of all religions and as a symbol of the candles that are lit at sunset on Friday to celebrate the Sabbath, then everyone has expressed a thought or a prayer according to the rite of his own religion, among them Monsignor Sergio Mangiavacchi for the health pastoral care of the diocese of Rome, Gianni Montanari of the Italian Hindu Union, Izzedin Elzir, president Ucoii and imam of the Community of Florence, Maria Angela Falà, of the Italian Buddhist Union, of the Reverend Antonio Adamo pastor of the Waldensian Church, Hari Singh Khalsa representative of the Sikh Community in Italy, Father Augustin Gheorghiu of the Romanian Orthodox Church, Dora Bognandi of the Union of Adventist Churches, Giuseppe Scaramuzza regional secretary Cittadinanzattiva and Francesca Danese president of the Lazio Volunteer Service Center.

Alessandro Bazzoni then explained the specific objectives of the interesting project ranging from the creation of a “multi-religious and intercultural institutional table” that has the task of observing, monitoring and improving the hospitalization of patients of all cultural and religious backgrounds to the editorial staff of a “Reception Protocol” for the hospital facilities of the Santo Spirito hospital and, subsequently, for the territorial structures, to the establishment of a “Register of assistants and religious interlocutors” accredited to hospital institutions through agreements with the communities to which they belong , to the creation of a space for prayer, meditation, recollection without emblems or partisan symbols intended as a “place of openness to silence”.