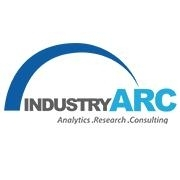 Load Bank Rental Market is forecast to reach $4.2 billion by 2025, growing at a CAGR 5.6% from 2020 to 2025. Load banks offer one of the most flexible ways to validate components and critical power systems. Load bank testing of power systems includes validation of operating conditions and power systems. Load Bank is an electrical storage system used to check power sources such as UPS and generators. Load Banks are usually used in generator set factory testing, battery system testing, ground power testing and turbine factory testing. Huge amounts of investment in manufacturing, real estate, IT & telecommunications, and power generation plants will push the demand for generators and hence the demand for load banks. Rising demand for reliable power sources would improve the adoption of generators and load banks. The demand for AC and DC Load Bank Rental is driven by factors such as technical developments, wide range of applications including large-scale applications. The rising demand from renewable energy systems for load banks will drive growth prospects for the global market of load banks over the next years. The increase in the construction of different renewable energy sources such as wind has increased the demand for power system testing equipment such as load banks used to test the generator of the wind turbine. During the forecast period, the global load bank market is projected to achieve a moderate annual growth rate.

During the forecast period Reactive segment is expected to grow at a CAGR of 6.9%. Reactive Load Banks are used to simulate systems on a power network which are affected by electric motors or other electromagnetic devices. Reactive load bank monitoring simulates real-world situations that a generator is expected to experience. This is more complicated and takes more time than a resistive charge bank check. Reactive testing of load banks can simulate inductive or capacitive loads and examine alternator function, KVAR sharing and transient response. Reactive testing is suitable for use when power is supplied to motor-driven machinery, transformers and capacitors by generator. In the test, the charge transforms the current into a measurable magnetic field. The load resists the change in voltage which in effect causes the current in the circuit to lead voltage. Thus it is more beneficial than Resistive Load Bank and it expected to boost the market growth.

Request for Sample of the Report @ https://www.industryarc.com/pdfdownload.php?id=18489

During the forecast period the 100Kva-500Kva segment is expected to grow at a CAGR of 7.7%. The best way to avoid harm is to do a daily check of power generation systems. Regular generator testing detects their vulnerability and, in case of unplanned power interruption, they can be repaired for providing continuous power supply. Since many facility managers lack the research, they never realize the fault in their backup solutions. Most generators, which are designed to operate on low load or even no load and are inefficient in the absence of frequent testing. This results in smoky exhaust, fuel system problem and lubricating oil overconsumption. Both of these factors decrease the generator output and raise operating costs. Therefore the load bank test is important to maintain the generator quality which thereby gives you an assurance of its working at the time of power shutdown. 100-500Kva Load Bank are very used load bank and are easily available.

The Oil & Gas Segment is expected to grow at a CAGR of 2.1% during the forecast period. Oil & Gas industry takes advantage of the load banks to mandate and check cogeneration and backup power systems. The use of load bank in this industry has increased due to advantages in Testing large gas turbines & some diesel generators correctly, Commission gas turbines testing and fine tuning digital controls for optimum output with the right, full load that meets the nameplate requirements of the manufacturer. It is also used for maintaining oversized generators with additional load banks in order to minimize emissions, increase operating performance and improve protection on drilling platforms. Thus the increased use of load bank in this industry is expected to boost the market growth.

APAC is expected to dominate the global Load Bank Rental market with a share of more than 36.5%. The Asia Pacific region will dominate the demand for the Load Banks because of rapid industrialization growth in China and India and other countries. The need for continuous power source & backup power are expected to drive the region’s load bank market. Due to driving factors such as massive investment in the real estate and industrial sector, and rising demand for generators, the load bank market is expected to rise in the forecast period in this area. In addition, the need for reliable power sources in this area is further expected to boost market growth.

In using distributed energy resources (DER), such as electricity from renewable energy sources, smart grids significantly improve energy efficiency to help utilities respond to the demand patterns. Using computer-based remote control and automation mechanisms, smart grids converge analog and digital information to connect consumers and commerce to wind farms or power plants. Load banks are important to ensure the safe and fast commissioning of substation components in a smart grid network. Efficient charging banking is gradually being introduced to improve a building linked to a smart grid’s demand response capabilities. The rise in smart grid in particular will result in increased demand for load banks and thereby the load bank rental market.

Oil & gas is an industry of prominence in the market of load banks. Oil & gas companies are installing generator sets to ensure their offshore and onshore facilities are constantly supplied with electric power. The rise in the adoption of load banks is directly proportional from the manufacturing point of view to the procurement of load bank resistors and this factor is a crucial driver for the global market of load banks.

In March 2019, Rentaload launched a new 100 kW load bank, designed specifically for the white space test. This load bank has a low Delta-T and is linked to the Rentalab machine, which can simultaneously monitor up to 200 loadbanks to carry out your tests accurately and in a cohesive way.

In March 2018, Rentaload launches a specialized load bank of the data center that allows users to change fan speeds and Delta T.

The growing demand for load banks from renewable energy systems will drive growth prospects for the global load banking industry over the next few years. The increase in the construction of various renewable energy sources such as wind has increased the demand for power system testing equipment such as charging banks used to test the wind turbine generator.

Reactive testing is ideal for use when power is supplied by generator to motor-driven equipment, transformers and condensers. In the test the current is converted into a measurable magnetic field. The load resists voltage change which in turn causes lead voltage to the current in the circuit. It is therefore more advantageous than Resistive Load Bank, and anticipated to boost the market growth.

Load bank testing is necessary in order to maintain the quality of the generator which gives you the assurance that it will function when power is shut down. 100-500Kva Load Bank is a very common load bank and easy to use.

Due to the rapid growth in industrialization in China and India and other countries, the Asia Pacific region will dominate the demand for the Load Banks, and the need for continuous power source & backup power is expected to drive the load bank market in the region.