Silver Mountain Mines Enters Into Letter of Intent with Nevgold Corp. For a Proposed Reverse Takeover 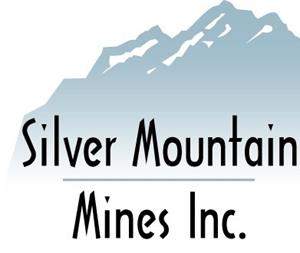 Silver Mountain Mines Ltd. announces that it has entered a non-binding Letter of Intent (the “LOI”) dated January 13, 2021 with Nevgold Corp. (“Nevgold”) with respect to a proposed transaction (the “Proposed Transaction”) whereby Silver Mountain will acquire all of the issued and outstanding common shares in the capital of Nevgold (the “Nevgold Shares”). Nevgold is a private British Columbia company which holds the right to acquire the Limousine Butte and Cedar Wash Projects in Nevada (the “Properties”) from McEwen Mining Inc..

It is anticipated that prior to the closing of the Proposed Transaction, Nevgold will complete a private placement (the “Concurrent Financing”) of subscription receipts of Nevgold (each, a “Subscription Receipt”) for aggregate gross proceeds of up to C$5,000,000, at a price per Subscription Receipt to be determined in the context of the market. Each Subscription Receipt will entitle the holder thereof to automatically receive, upon satisfaction of certain escrow release conditions, one Nevgold Share, which shall immediately be exchanged for Resulting Issuer Shares upon completion of the Proposed Transaction. Nevgold intends to use the proceeds of the Concurrent Financing for exploration and development of the Properties and for working capital and general corporate purposes. Nevgold may pay a finder’s fee in cash or securities to certain arm’s length finders in connection with the Concurrent Financing.

The Proposed Transaction is subject to a number of terms and conditions, including, but not limited to:

It is currently anticipated that the Proposed Transaction will close on or before early Q2-2021.

In connection with completion of the Acquisition, it is anticipated that the Company will change its name to “Nevgold Corp.” and will adopt the ticker symbol “NAU”.

Nevgold entered into an asset purchase and sale agreement dated December 14, 2020 (the “Asset Purchase Agreement”) with McEwen and certain of McEwen’s affiliates (collectively, the “Vendors”) pursuant to which Nevgold has agreed to acquire the Properties from the Vendors immediately prior to or concurrently with the Proposed Transaction (the “Closing Date”), subject to Nevgold completing the following:

The Asset Purchase Agreement is subject to a number of conditions, including without limitation, Nevgold completing the Concurrent Financing to raise gross proceeds of at least C$2,500,000, and the Resulting Issuer entering into an investor rights agreement with McEwen pursuant to which McEwen will have a pro-rata participation right in any future equity financings of the Resulting Issuer as long as they hold at least 5% of the issued and outstanding Resulting Issuers Shares.

The foregoing categories comply with the Canadian Mineral Resource and Reserve Definitions as published by the Canadian Institute of Mining, Metallurgy and Petroleum, in effect as at the date of the McEwen Estimate. The McEwen Estimate incorporated three of the more advanced gold targets within the large land package, and was disclosed in NI 43-101 Technical Report for the Limousine Butte Project, White Pine County, Nevada prepared by Telesto Nevada Inc. as of July 1, 2009 for US Gold Corporation. While the McEwen Estimate is considered reliable, and relevant to portions of the Limousine Butte property, there is significant subsequent drilling and other historical work that will be incorporated to prepare a current mineral resource estimate. A qualified person has not done sufficient work to classify the McEwen Estimate as current, and the Company is not treating the McEwen Estimate as current mineral resources.

Nevgold has commenced an updated NI 43-101 Technical Report for Limousine Butte to re-interpret the historical work and provide an updated resource estimate that will incorporate all historical drilling completed since the previous resource statement in 2009. The updated NI 43-101 Technical Report is expected to be completed in the next thirty days and the information will be included in the final transaction documents.

In addition to the areas covered by the McEwen Estimate, there are multiple defined targets along the 20-kilometer northeast-southwest trend with previous geochemical sampling, geophysical surveys, and limited drilling. The Resulting Issuer plans to focus significant resources on drilling these untested areas once the acquisition is complete.

Averages are calculated on intervals greater than 1.0 g/t Au. The above assays are from the assay database provided by McEwen. The QAQC procedures are being reviewed as part of the updated Technical Report.

Asset Information – Cedar Wash
Cedar Wash consists of 239 unpatented mining claims on federal BLM land covering approximately 19.3 square kilometers located in Lincoln County, Nevada. The project was a grassroots exploration discovery made by McEwen’s Exploration Group in 2016. Surface reconnaissance geology has been completed on parts of the land package including soil and rock chip sampling, which identified an extensive gold soil trend spanning over 2 kilometers. The project was drilled in 2016 and 2017 with approximately 7,000 meters of RC drilling completed. Drill results in the shallow RC holes showed positive signs of mineralization and will be followed up on by the Resulting Issuer.

The project is located approximately 20 kilometers from Liberty Gold’s Goldstrike Project in Utah and has similar geological characteristics.

Initial work at Cedar Wash will focus on completing all surface reconnaissance geology in the first half of 2021, followed by drill testing the identified targets within the large, consolidated land package in the second half of the year.

Exact management and board roles of the Resulting Issuer will be further disclosed as the Proposed Transaction progresses to closing.

Shareholder Approvals
The Company and Nevgold intend to seek shareholder approval for the Proposed Transaction and related matters as, and to the extent, required in accordance with the policies of the TSXV and applicable corporate and securities laws.

Bill Fleshman FAus IMM(CP) 107342, Consulting Geologist, a qualified person as defined by National Instrument 43-101 has reviewed and approved the scientific and technical disclosure in this press release.

ON BEHALF OF THE BOARD
“Signed”
Vince Goegan
Chairman