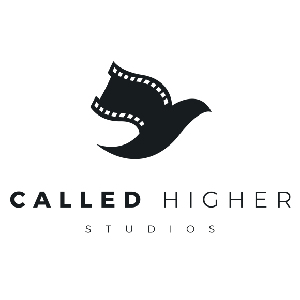 The Tic Tac Toy Family Channel was created in 2016 as a toy unboxing channel. It quickly grew, gaining 60-115 million video views per month by 2019. Today it has morphed into a successful, scripted family show.

Even though the channel has found massive success, the family’s mission goes well beyond making money. “We strive to use our channel’s popularity to bring positive, family-friendly messages and entertainment into people’s homes,” said Jason McCann.

Ash Greyson, the co-founder of Called Higher Studios, knows a thing or two about entertainment. He has worked on box office hits such as I Can Only Imagine, War Room, I Still Believe, Hacksaw Ridge, and God’s Not Dead.

Ash added, “As a father of 7 and co-founder of CHS I could not be more excited about this partnership which will Influence the world for God and for good!”

“I believe Jason’s (McCann) knowledge of YouTube will be a valuable asset to Called Higher Studios as we embark on growing our own YouTube channel. What Jason, and his family, have built is unbelievably valuable and amazing. With the push of a button, they can distribute a video and promote our upcoming children’s film, Camp Hideout, to over 4 million kids and parents, simply amazing” he continued.

As part of the Tic Tac Toy Called Higher Studios investment and partnership:

“We are thrilled to have partnered with the team at Called Higher Studios. Their mission to spread the message of God’s love through feature film really resonates with the values we share within our own family and we’re excited to leverage our massive fan base, bringing them into this community, helping to ensure the success of projects like Camp Hideout.” – Jason McCann.

Called Higher Studios is the world’s first Christian fan-owned, faith-based movie studio. Its mission is to produce high-quality faith and family content. CHS is committed to building a strong community to support the production and distribution of the studio’s content utilizing newly enacted crowdfund laws that changed in 2016. To date, CHS has over 4,000 fan owners who have supported Called Higher Studios in their mission.

About Tic Tac Toy
Established in 2016, Tic Tac Toy’s YouTube channel is the newest household name known by kids near and far. Maya (8) and Addy (10) entertain millions of young fans with their channel’s engaging and imaginative roleplay. Together their family brings kids’ wildest fantasies to life with super fun and hilarious videos where the only homework kids ever receive are toy unboxings and the only medicine ever prescribed is toys.