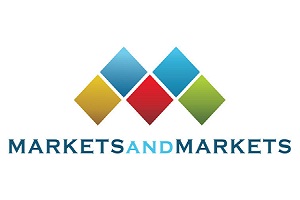 According to the new market research report “Circuit Breaker Market by Insulation Type (Vacuum, Air, Gas, & Oil), Voltage (Medium, High), Installation (Indoor, Outdoor), End-User (Transmission & Distribution Utilities, Power Generation, Renewables, & Railways) and Region- Global Forecast to 2025″, published by MarketsandMarkets™, the global Circuit Breaker Market size is expected to grow from an estimated USD 5.7 billion in 2020 to USD 7.7 billion by 2025, at a CAGR of 5.9%, during the forecast period. Growing investments in smart grid technologies to protect and control power equipment and replacement of aging infrastructure, and the need for reliable T&D networks offer high-growth opportunities for the Circuit Breaker Market.

By end-user, the T&D utility segment is the largest contributor in the Circuit Breaker Market during the forecast period.

The T&D utility segment is estimated to lead the Circuit Breaker Market. Asia Pacific was the largest market for T&D Utilities end-user segment in 2019. This is attributed to the increasing demand for electricity and replacement of aging infrastructures, especially from countries such as Japan, China, and South Korea of the Asia Pacific region.

By insulation type, the gas circuit breaker segment is expected to grow at the fastest rate during the forecast period.

The insulation type segment accounted for the highest share of the Circuit Breaker Market, by insulation type during the forecast period. The market for gas circuit breaker is driven by high dielectric property and less space requirement. Asia Pacific is estimated to hold the largest share of the gas circuit breakers market, followed by Europe because of increasing investments in renewable energy.

By voltage, the high voltage segment is expected to be the largest contributor during the forecast period.

The high voltage segment held the largest share of the circuit breaker system market in 2019. They are mostly used by different end users such as T&D utilities, large power generation plants, and railways & metros. Increasing investments in transmission and distribution networks due to the rise in demand for power and the need for an increase in the reliability of high-voltage electrical assets are expected to drive the market for this segment.

Asia Pacific is expected to be the largest and fastest-growing market during the forecast period.

Asia Pacific is estimated to be the largest and fastest growing market during the forecast period. The region has been segmented, by country, into China, Japan, India, South Korea, Australia, and the Rest of Asia Pacific. Countries in this region are experiencing an increase in demand for power due to rapid urbanization and increase in industrialization. To meet the growing requirement for energy efficiency and continuous power supply, the State Grid Corporation of China (SGCC) plans to invest about USD 556 billion from 2017 to 2020, of which 11.1% (about USD 62 billion) would be spent on grid technologies, including circuit breaker, to accommodate a large amount of renewable energy in its grid. China managed to become the major consumer of smart grid technology because of the massive transformation taking place in the country’s energy landscape. The requirement for the smart grid is further supported by China’s focus on embracing energy efficiency and clean energy, along with the need to transform the nation’s power industry. China is expected to have more than 100 GW of installed wind capacity and a significant increase in its solar PV installations by 2020. Owing to this, the demand for circuit breaker would increase.