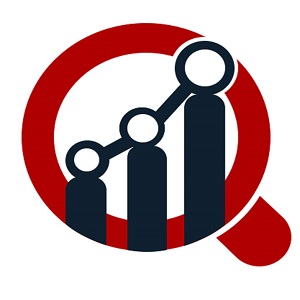 Market Research Future’s assessment of the global tonic water market reveals significant growth, the details of which have been included in MRFR’s latest report on the subject. Over the forecasted period from 2018 to 2023, the global tonic water market is set to grow at a considerable pace. Tonic water is carbonated water which quinine which is considered to have several medicinal properties. Known for its bitter taste, tonic was famously mixed with gin to create a more palatable beverage and has gone on to become an iconic cocktail which is consumed even today.

Present day tonic water is often sweetened to cover up the bitter taste of quinine. However, the beverage is just as popular as a mixer in various cocktails or as a refreshing beverage when drunk by itself. The growing consumption of carbonated beverages by a globally increasing population is expected to be a significant factor which is inducing market growth. Its popularity as a cocktail mixer in tandem with the growing consumption of alcoholic beverages is expected to be a significant driver of growth. Moreover, tonic water has an interesting effect due to its properties. Quinine is highly sensitive to UV rays and will give off a fluorescent right glow-in-the-dark effect when exposed to light. As a result, the use of tonic water for DIY novelties among young children is growing at a rapid pace, thus driving market demand. Other than these factors, the global tonic water market is likely to grow due to its perceived medical values and refreshing nature.

Tonic water does contain sugar to cover the bitter flavor of quinine which is expected to prove as a deterrent in a global environment where health consciousness is taking center stage. However, manufacturers are increasingly investing in the development of new flavors and other products using tonic water to expand the market. This is expected to produce several new opportunities for market growth in the coming years.

Get a FREE Sample Copy of Report: https://www.marketresearchfuture.com/sample_request/6443

Packaging type with regard to tonic water has been segmented to include bottle and cans. Distribution channels for tonic water have been divided into store based, and non-store based.

Regions covered in the report have been divided into North America, Europe, Asia Pacific, and the Rest of the World.

Europe has acquired a leadership position in the global tonic water market. Tonic water was made immensely popular in the iconic gin and tonic cocktail during the British occupation of India where tonic water was consumed to ease symptoms of malaria. The gin was added to improve the bitter flavor, and the cocktail has remained highly popular in the U.K where it is even sold in cans. Moreover, the presence of a significant drinking culture in the region has resulted in a huge demand for tonic water in a number of cocktails.

The Asia Pacific is a growing market with considerable potential during the forecast period due to the rapid urbanization and rising disposable incomes which are expected to encourage leisure spendings such as in bars and the like. The region’s rising economic status, as well as the growing availability of tonic water in supermarkets in the region, is indicative of high demand for tonic water.

Fever-Tree recently launched pink tonic water and in collaboration with luxury tequila manufacturer Patron, to release a citrus flavored tonic water which has been designed for pairing with tequila.

At Market Research Future (MRFR), we enable our customers to unravel the complexity of various industries through our Cooked Research Report (CRR), Half-Cooked Research Reports (HCRR), Raw Research Reports (3R), Continuous-Feed Research (CFR), and Market Research & Consulting Services.MRFR team have supreme objective to provide the optimum quality market research and intelligence services to our clients. Our market research studies by Components, Application, Logistics and market players for global, regional, and country level market segments, enable our clients to see more, know more, and do more, which help to answer all their most important questions.