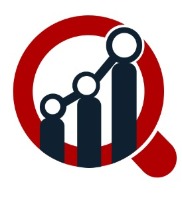 Recently, in September 2018, Temi, Inc. has introduced a Telepresence Robot enabled with AI based voice assistant systems and Harman Kardon Speakers. This robot is enabled with components such as 360 degree camera, omnidirectional microphones, infrared depth cameras, RGB cameras, proximity sensors among others.

In March 2018, Ava Robotics, a manufacturer of telepresence robots, launched a new robot which can provide navigation autonomously. The new robot is integrated with 360 degree camera, and upgraded sound & gesture based controls.

Padbot, VGo, Ohmni, and Beam telepresence robots are the domiating the market as these are capable of providing multi-features in a single product to their client.

The market for Telepresence Robots is estimated to grow at a significant rate during the forecast period from 2018 to 2023. The geographical analysis of Telepresence Robots market is studied for North America (U.S, Canada, and Mexico), Europe (Germany, U.K, France, Spain, Italy, and Rest of Europe), Asia-Pacific (China, Japan, India, South Korea, Taiwan, and Rest of Asia-Pacifc), and the Rest Of The World (including the Middle East, Africa, and Latin America).

Europe is expected to be the second dominant market of Telepresence Robots. Increasing demand of telepresence robots to serve the ageing population is one of the primary driving forces of the market in the region. Further, presence of key players such as No Isolation, and VGo Communications are further fueling the market growth in Europe as these players are investing heavily in their research & development of telepresence robots targeting healthcare, medical and education sector in the region.

Asia-Pacific Telepresence Robots market is projected to grow with fastest growing CAGR during forecast period. China, Japan, South Korea among all other countries is leading the Telepresence Robots market in the region. South Korea is currently, a leading market of robotic process automation. And the government with support of key industry players are investing in innovating their healthcare sector in order to serve increasing ageing population in the country. China, after South Kores, is the largest market of selling of industrial robots in the world. China is also planning to increase the presence of robots in the healthcare sector to cater applications such as critical surgeries, rehabilitations, and medicines distribution, among others. Japan, on the other hand, is investing heavily in developing safety standards and verification techniques which is expected to increase the market of service robots in the coming years in the country, which is indirectly expected to fuel the market of telepresence robots in the country.

MRFR team have supreme objective to provide the optimum quality market research and intelligence services to our clients. Our market research studies by products, services, technologies, applications, end users, and market players for global, regional, and country level market segments, enable our clients to see more, know more, and do more, which help to answer all their most important questions.

In order to stay updated with technology and work process of the industry, MRFR often plans & conducts meet with the industry experts and industrial visits for its research analyst members.