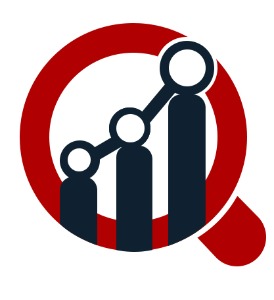 Live IP Broadcast Equipment Market is expected to reach USD 2,670.1 Million by 2025 at a CAGR of 17.92% during the forecast period. Market Research Future (MRFR), in its report, envelops segmentations and drivers to provide a better glimpse of the market in the coming years.

Broadcasting is the process of disseminating information or messages to the audience in the audio/video format with the help of broadcasting equipment. Live IP broadcast equipment include routers, switches, encoders, decoders, transmitters, modulators, and amplifiers, among others. Live IP broadcast support video formats from SD, HD to 4K, to UHD. It is more efficient and reliable for the broadcasting of live studio and sports production. Factors such as the transition of hardware-oriented products to software-based architecture and the growing demand of over the top (OTT) content via different digital platforms are factors contributing to the growth of the broadcasting equipment market. However, rapid change in broadcasting technologies is expected to hamper the market growth during the forecast period.

The Global Live IP Broadcast Equipment Market has been segmented based on product, application, and region.

Based on product, the market has been classified as encoders and convertor, transmitter and gap fillers, routers & switches, amplifiers, antennas, modulators & repeaters, signal processing unit, video servers, and others. The encoders and convertor segment accounted for the largest market share in 2018; the transmitter and gap fillers segment is expected to register the highest CAGR during the forecast period. Broadcasters need to transfer audio/video content from studios or live events in multiple locations; hence there is a need for both encoders and decoders for live IP broadcast. Encoders and decoders take an analog and/or digital signal and convert it for live web streaming. The key requirements of encoders and decoders are high video quality conversion, short-end-to-end delay, and proper audio/video synchronization.

A transmitter consists of various components such as power supply, oscillators, modulators, amplifiers, and antennas. These components ensure superior quality and coverage of broadcast signals and are broadly used in radio and television sets, among other electronic devices. Gap fillers are the extension of transmitters and used in blind or shadowy zones where the signal strength is low. Gap fillers are used in terrestrial digital broadcasting to retransmit signals received in locations where there is good reception to areas with poor reception. Switches are networking components used for communicating between devices connected in a network. The major purpose of a switch is to monitor the traffic of peripheral devices connected to it. Routers are mainly used to connect two or more IP networks or an IP network to the Internet. It operates at network layer of the OSI reference model. The amplifiers are classified into weak-signal amplifiers and power amplifiers. The weak-signal amplifiers are used in wireless receivers to increase signal voltage and minimize internal noise in the signals. An antenna is a component of radio and television broadcasting systems that is responsible for transmitting and receiving radio frequencies between satellite and broadcast stations. Modulators are components used to impose audio/visual information on a frequency carrier wave for transmission. The modulations depend upon the amplitude, frequency, phase, pulse sequence, and pulse duration of the carrier wave. Repeaters are components that catch a broadcasted signal, amplify it, and then retransmit it; they are used for extending the reach of the original signal. A signal processing unit in live IP broadcasting deals with the processing of audio and video signals. Video servers store the content or information to be broadcasted; they assimilate content from video cameras, data feeds, storage drives, and other video sources.

Based on application, the market has been segmented into broadcast production centers, broadcast stadium, and outside broadcast vans. The broadcast production centers segment accounted for the largest market share in 2018, while outside broadcast vans segment registers the highest CAGR during the forecast period. The broadcast production centers coordinate different systems and services, including some from third parties, as part of the end-to-end workflow, which includes receiving, preparing, packaging and delivering content, and tracking it along the way. Over the years, with the growing content volumes, the broadcast production centers adopting automation to streamline the production process. The broadcast stadium is a live production system that offers smooth live content delivery in 4K and HD resolutions, and extremely stable broadcast feeds. It offers powerful and reliable solutions for broadcasters worldwide to provide live feeds to the fans globally. The outside broadcast vans provide a full end-to-end construction and delivery process, allowing the controllers to monitor every aspect of their project. The design, procurement, installation, commissioning and operational training are developed with input from the customer to ensure that it meets their specific needs and provides a functional system of the highest quality. The solutions range from compact vans with either Satellite News Gathering (SNG) or Electronic News Gathering (ENG) uplink facilities to mobile fly-pack solutions with associated portable SNG kits, which are designed to be compact, lightweight, and robust for fast and reliable deployment in field applications.