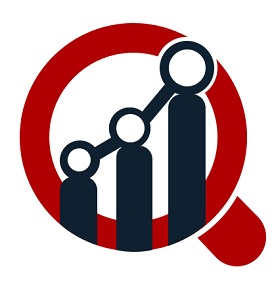 The study assesses and discusses the effect of the outbreak of COVID-19 on the global solar inverter market, including possible opportunities and obstacles, drivers, and risks.
Solar inverters play a crucial role in a solar energy system. They convert DC power output into AC that can be fed into the grid. They improve the performance and reliability of the solar energy system. They are utilized in solar rooftop and ground-mounted residential, commercial and utility-scale systems.

The global solar inverter market is anticipated to develop at a steady pace during the review period. The development of the market can be ascribed to the growth of solar power systems and initiatives to boost solar power systems. Nevertheless, the high operational and maintenance costs of the solar inverter are expected to restrict the market’s growth during the forecast period.

Global electricity demand is anticipated to rise significantly in the coming years due to rapid urbanization, growing population, an increase in infrastructure growth, and increased electricity access. Power generation sources like gas, thermal energy, and diesel contribute primarily to carbon emissions. As stakeholders in the energy generation industry explore ways to reduce the carbon footprint, they have focused on raising the share of renewable energy sources in the total power generation mix. Renewable energy sources, particularly solar energy, are used for the generation of electricity. Moreover, growing concerns about global warming and reduced reliance on fossil fuel-based power generation have increased the use of solar energy sources to meet energy demand. As per the International Energy Agency, global solar electricity generation capacity is projected to hit 3.300 TWh by 2030. Several authorities in different countries, such as Italy, India, and Germany, are concentrating on increasing the use of solar energy to meet the country’s energy demand. For illustration, in 2019, the Italian Government set a goal of reaching 50 GW of solar power generation capacity by 2030 to raise the share of renewable energy in the country’s total energy generation.

Moreover, in the same year, the German Government set a goal to achieve 98 GW of solar electricity generation capacity by 2030. In 2019, the Indian Government set the aim of reaching 100 GW solar power installation capacity by 2022. Such developments are predicted to increase the share of solar energy capacity in the global power generation mix globally. Solar inverters are deployed to convert the direct current generated from solar panels to alternating current for applications in industries like utilities and commercial applications. Thus, the growing demand for solar energy sources is expected to increase the usage of solar inverters in the global market. Consequently, the increasing solar power system installations are anticipated to propel the growth of the global market for solar inverters during the forecast period.

The global solar inverter market has been divided into type, system type, and application.

Regionally, the global solar inverter market has been segmented as Europe, North America, Asia Pacific, and the rest of the world.
The Asia Pacific is set to capture most of the market share during the forecast period, owing to an increase in investment in the construction sector. The solar inverters demand in the Asia Pacific region is expected to grow exponentially due to the rising demand for solar energy sources and significant investments in solar energy projects in the region. Solar energy is considered the best substitute for conventional energy sources to mitigate carbon emissions by meeting the region’s electricity needs. In India, Shapoorji Pallonji And Company Private Limited (India) and ReNewPower (India) invested roughly USD 110 million in august 2019 to develop a 150 MW floating solar power project in Uttar Pradesh, India.