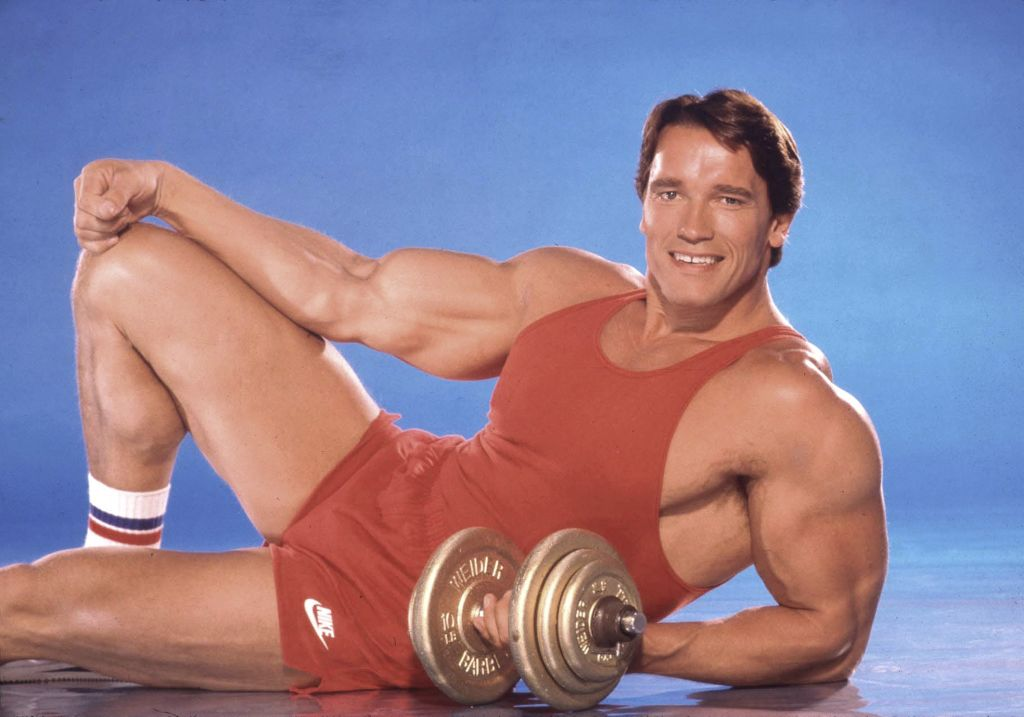 When someone says “I’ll be back”, the first person that comes to your mind is Arnold Schwarzenegger or a.k.a The Terminator.

Our beloved action superstar, former bodybuilding champion, 7 times Mr. Olympia Winner, and former governor of California Arnold Schwarzenegger is the gem that we still have in 2020.

The muscle machine who is also known for using steroids during his years as a champion bodybuilder says that he doesn’t regret using Performance Enhancing Drugs.

In the interview with ABC, Arnie told the interviewer that he has no regrets about it because that was the time to be the exceptional one in the market. And all steroids that he used were under the doctor’s supervision. He pointed out the steroids were legal back then and they weren’t as dangerous as they are now.

“We were experimenting with it. It was a new thing. So you can’t roll the clock back and say, ’Now I would change my mind on this,”’ he said, according to an excerpt posted on abcnews.com.

Arnold Schwarzenegger himself does not encourage the use of steroids; according to him it will send a wrong message to the youth. On the other hand, he doesn’t mind athletes and bodybuilders using safe and legal supplements to improve their performance.

In the bodybuilding sport, Arnold Schwarzenegger owned every European bodybuilding title in 1968. This caught the eyes of Joe Weider, a publisher in U.S Muscle Maga-Zines, where he wrote the bodybuilding is the uprising sport having the most influential value. It was the Weider efforts that he brought Arnold to Florida to appear in the Mr. Universe contest where he watched him lose and predicted he’s going to be the future of the sports!

According to Joe Weider, when he came to see Arnold after he won the contest. Joe found him sitting near the winner’s trophy and he was literally petting it. That’s where I offered Arnold to come to California and train with the champions.

Arnold Schwarzenegger had the best height to appear in the bodybuilding context, the 6 feet tall with massive muscle mass is not special enough. What he had is the best proportion of those muscles than others.

“I had never seen a human-like that before,” said Melvin Sokolsky, a celebrity photographer at Harper’s Bazaar magazine. “I found out right away that there was a brain attached to the body.”

What Do World Best 6 Bodybuilders Say about Steroids

To acknowledge the use of steroids, The LA Times interviewed the greatest 6 bodybuilders of all time. According to them, it was nearly impossible to build this much muscle mass without injecting any drug. Calling Arnold Schwarzenegger as an exceptional case because he started at a very young age.

Bill Pearl, 3 times Mr. Universe said in one of the interviews “When I first saw Arnold in Europe in 1967, it was the moment that I knew he’s going to be the champion. Bill Pearl himself became a famous bodybuilder without using steroids in late 1950.

“It was also obvious to me that he had been taking steroids. You don’t make the night-and-day gains he did without them.”

Joe Weider in his career ignored the use of drugs in his magazines. He said steroids were only 10% responsible for Arnold’s success wherein bodybuilders accounted for 20% of their physique. In competition, individuals like Arnold have only one motto which is “To Win” so what did he do to gain the possible results? Applying something different isn’t considered illegal back then.

In a lifetime of a bodybuilder, he uses several kinds of Human Growth Hormones, SARMs, and Diuretics to gain massive results. At the time when Arnold was the champion, you could normally buy any of these drugs easily from the doctors.

Did Arnold Schwarzenegger Use Dianabol?

Back then, Dianbaol was used as an Antacid by the champion bodybuilders of that time. Even though, the consumption of Winstrol was on the top to harden the muscle mass while Deca-Durabolin for maximum bulking contest, Dianabol single-handedly improves the puffiness of the muscles and changed the skin tone.

Without using Dianabol, Arnold could never beat Oliva, the former Cuban champion of that time. Even Oliva acknowledged the use of steroids in earlier days, he said I knew Arnold wanted to beat me and I knew he used steroids because without them it wouldn’t be possible. I don’t blame him, we all did it, it gave me the largest muscle growth but I’m also having health effects (Side effects).

In 1970, the fame of Arnold grew as he was promoted by Joe Weider as the legend of the Australian Oak, while Arnold was engaged in promoting Weider’s protein supplements and barbells. Even Win Paris, owner of a dozen Jack La Lanne fitness centers in California stated they were a great match, even a perfect pair. Weider was like a father to Arnold Schwarzenegger who gave him a place to crash, gave him a car, and an allowance of $100 to lift weights in the gym. As Joe Weider said, “I Created Him”.

This type of connection was found amongst many bodybuilders and other top stars. But what Joe Weider and Arnold had is something you don’t find easily, even Oliva who worked in a factory in Chicago believed that every devotion by Weider went to him (Arnold), as I was of no promotional use to Weider, he could never come out with this statement that he created me, although I was already “The Myth”. Sergio Oliva died in 2012.

What does Arnold Schwarzenegger say about Steroids Use?

Arnold doesn’t encourage the use of steroids as now because he had seen more life-threatening cases in youngsters who attempted to use Dianabol or Trenbolone in a large dose, hoping they will gain excessive muscle mass.

On the other hand, the favorite governor encourages the use of natural supplements like vitamins, legal steroids so that you could keep off steroids use. Arnold expects people to take Bodybuilding as a respectable sport and he goes with saying “It says ‘bodybuilding,’ not ‘body-destroying.’ It’s bodybuilding. Of course, we want to go in that direction.”

Upon asking why did he ban the bill were all-state high school coaches in California were obliged to teach about the danger of steroids, Arnold Schwarzenegger pointed the reason “Because the bill involved the natural and legal performance-enhancing supplement and foods as illegal drugs. It is that’s why ridiculous for the students not to have them because if you are taking any form of legal protein shake or supplement, this is made by milk out of soybean or out of liver or fish oil that has positive implications on performance enhancement.

Does it mean Arnold Schwarzenegger encourages the use of legal steroids? We think so, why would they all be outlawed, Arnold said, they are all made from a natural source. Or if you want to boost the performance, take Vitamins esp. vitamin E that supplies more energy as a PED.

He also said it was already illegal to sell performance-enhancing drugs in California schools.

==> Get An Exclusive Discount on Top Steroids For Sale Today

About Dianabol and Why It Was Banned in the US?

Dianabol for bodybuilding got unlimited benefits for the bodybuilders, but it was also created with a formula that might be deadly upon using long-term.

It all started with the scientific experimentation by Dr. Ziegler, according to his observations Dianabol was capable of growing human growth tissues. The drug was launched in the United States by Ciba in 1958. Since then, it became the favorite tool for most bodybuilders to use for increasing muscle growth hormone.

Dianabol’s effects on women were quite disappointing since the drug caused Virilizarion in most women. Development of masculine traits in women as they said showed one of the severe side effects of the drug.

There are many side effects of Dianabol and that’s the reason why the FDA banned this drug for good. Before that, Dianabol was used as a protein shake you can buy anywhere. But today, it is listed in the Controlled Substance List, probably due to the side effects.

The main side effects of Dianabol range from liver toxicity and hypertension to increased heart rate, acne, severe pain at the neck, chest, shoulder, and back. DEA classified Dianabol as a Schedule III drug which has a chemical structure of (17 beta hydroxy-17 alpha methyl-1,4-androstadiene-3-one). The half-life of the substance is 4-6 hours while it carries a molecular formula of C20H28O2.

It is possible that Arnold Schwarzenegger used Dianabol but those were days of primitive biotechnological science, nowadays you can find even more powerful versions of Dianabol to build muscle mass in 12 weeks. When you look at the positive effects, Dianabol retains nitrogen in the muscles longer than any other anabolic steroid, and it has a positive effect on gym performance which is why Arnie used it.

==>Get the Lowest Price for Dianabol from Its Official website