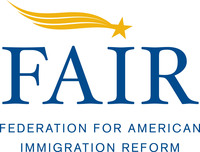 Exit polling of Arizona voters conducted by Zogby Analytics on behalf of the Federation for American Immigration Reform (FAIR) finds that voters strongly favor continued border restrictions and tight limits on admission of foreign guest workers during the ongoing health and economic crisis. The Arizona poll reveals that majorities of all voters – Democrats, Republicans and Independents – believe that longer-term, overall levels of immigration should be reduced to prevent excessive U.S. population growth. The findings of the Arizona poll closely mirror those of voters across the country in a nationwide exit poll.

“At both the national level and among Arizona voters, polling clearly shows that President-elect Biden does not have a mandate to institute radical immigration policies being promoted by his party’s far left wing that include erasing borders and flooding the country with millions of new legal and illegal immigrants,” said Dan Stein, president of FAIR. “Mr. Biden has a mandate from the voters to get the COVID-19 crisis under control, get millions of laid-off Americans back to work, and restore civility to Washington and the public square. While unchecked immigration may be a high priority for a loud and radical fringe of his party, it is not how the vast majority of voters believe the new administration should be spending their time and political capital.”

Among the key findings of the Zogby Analytics poll of Arizona voters include:

Support of these positions crossed all ideological and demographic lines. Even Hispanic voters, a large and growing cohort wrongly viewed by Democrats as pro-amnesty and anti-enforcement, tended to support limits on immigration at high rates. “With an important Senate race, as well as several hotly contested House battlegrounds up for grabs in 2022, Arizona political leaders would be wise to pay heed to where the voters stand on immigration policy, rather than to the shrill demands of the radical fringes,” Stein cautioned.

Senator Kyrsten Sinema and Senator-elect Mark Kelly can buck their party and represent the interests of an overwhelming majority of their constituents by playing key roles in blocking radical amnesty and open borders immigration legislation emanating from the House.

“With tens of millions of Americans, including many Arizonans, who have been displaced from their jobs due to the COVID shutdown and the nation bracing for yet another wave of the pandemic, now is certainly not the time to increase immigration or relax border security. If there’s a mandate for the Biden-Harris administration, it is to end the nation’s public health crisis and put the nation’s workers back to work not to radically change immigration and border enforcement policies that are clearly working,” Stein concluded.