Farmers Will (Again) Feed the World

Danielle Nierenberg is President and Founder Food Tank: Highlighting stories of hope and success in the food system NEW YORK, Nov 23 2020 (IPS) – Wealthier countries struggling to contain the widening COVID-19 pandemic amid protests over lockdowns and restrictions risk ignoring an even greater danger out there – a looming global food emergency.

Even before the virus surfaced nearly a year ago, an estimated 690 million people around the world were undernourished, 144 million or 21 per cent of children under five-years-old were stunted, and about 57 per cent of people in sub-Saharan Africa and South Asia could not afford a healthy diet.

The ranks of the chronically food insecure are rising dramatically in 2020 as the pandemic adds to the miseries of communities already labouring under conflict, the climate crisis, economic slowdowns and, in east Africa, desert locusts. Every percentage drop in global GDP means 700,000 more stunted children, according to UN estimates.

All this means the world is dangerously off track in its efforts to meet the UN Sustainable Development Goals by 2030, with food systems underpinning all 17 of those targets.

Yet we do produce enough food for the world’s 7.8 billion people. It’s our food systems that are broken. Hunger is rising even as the world wastes and loses more than one billion tonnes of food every year.

About one third of all food produced for human consumption goes to waste, according to the Food and Agriculture Organization of the United Nations, with consumers in rich countries wasting almost as much food as the entire net production of sub-Saharan Africa. 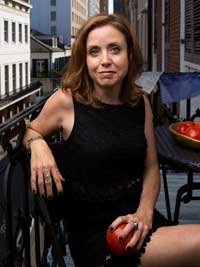 With agriculture and the current food system responsible for around 21 to 37 per cent of total greenhouse gas emissions, our food choices matter not just for health and social justice, but also for their impact on the climate and bio-diversity. The true impact of food production and consumption needs a far better understanding and cost accounting.

Resetting the Food System from Farm to Fork, a virtual event hosted on December 1 by the Barilla Center for Food & Nutrition in partnership with Food Tank, will help set the stage for the UN 2021 Food Systems Summit.

Experts will present concrete, practical solutions to re-align food systems with human needs and planetary boundaries to become more resilient, inclusive and sustainable in the aftermath of the pandemic and beyond.

The conference will highlight the important role of smallholders and women who make up a sizeable proportion of the agricultural workforce – 43 percent on average in developing countries, according to FAO, the UN food agency.

Women are tending to bear the brunt of hunger, but as farmers, innovators and decision-makers, they need to be involved for real change to happen. They are the backbone of the rural economy, especially in poorer countries, but receive only a fraction of the land, credit, inputs such as improved seeds and fertilizers, agricultural training and information compared to men.

Africa is a huge net importer of food but 75 percent of crops grown in sub-Saharan Africa are produced by smallholder farms, with family farms estimated to number over 100 million. Women do the bulk of weeding work while three-quarters of children aged 5 to 14 are forced to leave school and do farm labour at peak times.

Sixty percent of Africa’s total population are below 25 year, yet countries are struggling to keep young people involved in agriculture and agribusiness.

Our challenge is to transform food systems so that people are no longer food insecure and can afford a healthy diet while at the same time ensuring environmental sustainability. There is no one-size-fits-all solution for countries, and policy-makers lack reliable data on the whole spectrum of food production.

The Barilla Center for Food & Nutrition has a 10-point action plan for fixing the global food system, and improving standards, terminology and measurement are among those priorities. Its Food Sustainability Index, developed with the Economist Intelligence Unit, uses the three pillars of nutrition, sustainable agriculture, and food loss and waste to provide a tool that can shed light on the progress countries are making on the path to a more sustainable food system.

The COVID-19 pandemic may add between 83 and 132 million people to the total number of undernourished in the world this year alone, depending on the scale of the economic slowdown, according to preliminary assessments.

Disruptions have raised food costs, made it more difficult for farmers to access seeds, animal feed and fertilisers, and resulted in higher post-harvest losses as food rots uncollected on farms.

In the words of UN Special Envoy Agnes Kalibata: “Countries face an agonizing trade-off between saving lives or livelihoods or, in a worst-case scenario, saving people from COVID-19 to have them die from hunger.”

The problems facing our food systems for years have been highlighted by this crisis, as have the numerous frailties of global supply chains and the state of national health systems.

Let us seize this opportunity presented by the pandemic and shape a resilient food system that is sustainable, fairer, and healthier for all people and the planet.