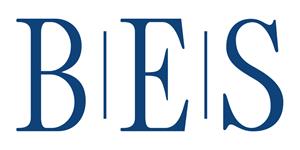 Bragar Eagel & Squire, P.C., a nationally recognized shareholder rights law firm, reminds investors that class actions have been commenced on behalf of stockholders of Zosano Pharma Corporation , Celsion Corporation , Citigroup, Inc. , and Raytheon Technologies Corporation . Stockholders have until the deadlines below to petition the court to serve as lead plaintiff. Additional information about each case can be found at the link provided.

On September 30, 2020, Zosano disclosed receipt of a discipline review letter (“DRL”) from the FDA regarding its NDA for Qtrypta and stated that approval was not likely. According to the Company’s press release, the FDA “raised questions regarding unexpected high plasma concentrations of zolmitriptan observed in five study subjects from two pharmacokinetic studies and how the data from these subjects affect the overall clinical pharmacology section of the application.” The FDA also “raised questions regarding differences in zolmitriptan exposures observed between subjects receiving different lots of Qtrypta in the company’s clinical trials.”

On October 21, 2020, Zosano disclosed receipt of a Complete Response Letter (“CRL”) from the FDA. As a result of the previously identified deficiencies, the FDA recommended that Zosano conduct a repeat bioequivalence study between three of the lots used during development.

The complaint, filed on October 29, 2020, alleges that throughout the Class Period defendants made materially false and/or misleading statements, as well as failed to disclose material adverse facts about the Company’s business, operations, and prospects. Specifically, defendants failed to disclose to investors: (1) that the Company’s clinical results reflected differences in zolmitriptan exposures observed between subjects receiving different lots; (2) that pharmocokinetic studies submitted in connection with the Company’s NDA included patients exhibiting unexpected high plasma concentrations of zolmitriptan; (3) that, as a result of the foregoing differences among patient results, the FDA was reasonably likely to require further studies to support regulatory approval of Qtrypta; (4) that, as a result, regulatory approval of Qtrypta was reasonably likely to be delayed; and (5) as a result of the foregoing, defendants’ public statements were materially false and misleading at all relevant times.

Celsion is an integrated development clinical stage oncology drug company that focuses on the development and commercialization of directed chemotherapies, DNA-mediated immunotherapy, and RNA-based therapies for the treatment of cancer.

In February 2014, Celsion announced that the U.S. Food and Drug Administration (“FDA”) had reviewed and provided clearance for the Company’s planned pivotal, double-blind, placebo-controlled Phase III trial of ThermoDox in combination with radio frequency ablation (“RFA”) in primary liver cancer, also known as hepatocellular carcinoma (“HCC”), called the “OPTIMA Study.” The trial design was purportedly based on a comprehensive analysis of data from the Company’s Phase III HEAT Study, which purportedly demonstrated that treatment with ThermoDox resulted in a 55% improvement in overall survival (“OS”) in a substantial number of HCC patients that received an optimized RFA treatment.

On July 13, 2020, Celsion announced that “it ha[d] received a recommendation from the independent [DMC] to consider stopping the global Phase III OPTIMA Study of ThermoDox® in combination with [RFA] for the treatment of [HCC], or primary liver cancer.” According to the Company, “[t]he recommendation was made following the second pre-planned interim safety and efficacy analysis by the DMC on July 9, 2020,” which “found that the pre-specified boundary for stopping the trial for futility of 0.900 was crossed with an actual value of 0.903.”

The complaint, filed on October 29, 2020, alleges that throughout the Class Period defendants made materially false and misleading statements regarding the Company’s business, operational and compliance policies. Specifically, defendants made false and/or misleading statements and/or failed to disclose that: (i) defendants had significantly overstated the efficacy of ThermoDox; (ii) the foregoing significantly diminished the approval and commercialization prospects for ThermoDox; and (iii) as a result, the Company’s public statements were materially false and misleading at all relevant times.

The Class Period begins on February 25, 2017, following the Company’s submission of its 2016 Annual Report to the SEC. In that filing, and throughout the Class Period, Citi assured investors that there were no significant deficiencies or material weaknesses in the Company’s internal controls. When faced with periodic regulatory penalties for noncompliance, the Company continued to assure investors that the specific deficiencies at issue were being remediated promptly and that internal controls and regulatory compliance were a top priority at Citi. In particular, Citi assured investors that it satisfied all regulatory requirements and maintained adequate internal controls, data governance, compliance risk management, and enterprise risk management.

In reality, during the Class Period and unbeknownst to investors, Citi’s internal controls and risk management capabilities suffered from “serious” and “longstanding” inadequacies that exposed the Company to massive regulatory penalties and will cost significantly more than $1 billion to remediate. Specific control failures about which Citi executives were warned remained unresolved for years and the Company’s culture of non-compliance was so widespread that Citi’s CEO, Defendant Michael Corbat, exhorted employees in an internal memo that regulatory compliance required more than “checking boxes.”

The truth began to emerge on September 14, 2020, when reports surfaced that regulators were preparing to reprimand Citi for failing to improve its risk-management systems.

After the market closed on September 14, 2020, an internal memo sent to Citi employees revealed for the first time the Company’s disregard for adequate internal controls and regulatory compliance.

Then, on October 13, 2020, Citi reported earnings for the third quarter of 2020, and disclosed that the Company’s expenses increased during the third quarter by 5%, to $11 billion, due to an increase in costs including a $400 million fine, investments in infrastructure, and other remediation costs related to control deficiencies.

On October 27, 2020, after market hours, Raytheon filed its quarterly report on Form 10-Q with the SEC for the quarter ended September 30, 2020 (the “3Q20 Report”). The 3Q20 Report announced the DOJ Investigation, stating in pertinent part: “On October 8, 2020, the Company received a criminal subpoena from the DOJ seeking information and documents in connection with an investigation relating to financial accounting, internal controls over financial reporting, and cost reporting regarding Raytheon Company’s Missiles & Defense business since 2009.”

The complaint, filed on October 30, 2020, alleges that throughout the Class Period defendants made false and/or misleading statements and/or failed to disclose that: (1) Raytheon had inadequate disclosure controls and procedures and internal control over financial reporting; (2) Raytheon had faulty financial accounting; (3) as a result, Raytheon misreported its costs regarding Raytheon’s Missiles & Defense business since 2009; (4) as a result of the foregoing, Raytheon was at risk of increased scrutiny from the government; (5) as a result of the foregoing, Raytheon would face a criminal investigation by the U.S. Department of Justice (“DOJ”); and (6) as a result, defendants’ public statements were materially false and/or misleading at all relevant times. When the true details entered the market, the lawsuit claims that investors suffered damages.