Driving the Climatic Changes from Top in the Dominican Republic. SANTO DOMINGO, Nov 2 2020 (IPS) – When President Luis Abinader arrived at his inauguration in an electrically driven car as a symbolic gesture of his Government’s intentions to make sustainable development one of its main objectives – he signalled the start of addressing climate change commitments in the country.

Abinader furthermore said he would immediately initiate preparations to make the presidential palace dependent on solar energy for its electrical supply – a commitment towards moving the country from being dependent on non-renewable energy.

Since his August inauguration, his Government has moved towards revising and making good the commitments of the Paris Agreement where it agreed to implement Nationally Determined Contributions (NDCs). 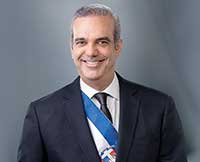 The Paris Agreement was in itself a success because since then, most of the signatories have submitted national climate mitigation goals. Five years have passed, and according to the agreement, the signatory countries must now revise their NDCs, an opportunity for aligning their climate and development agendas and revisit their efforts to mobilise interest and funding for achieving their previously set goals.

On October 1, 2020, the Dominican Republic launched its NDC update process. The event included representatives from the Government, the private sector, the civil society, development and implementing partners and the academia, and its purpose was to showcase and raise awareness on the NDC update process, its steps and implications for these different stakeholders.

As part of an endeavour to mainstream an eco-friendly approach to all policies, the Dominican Republic, with the support of The Climate Action Enhancement Package (CAEP), an initiative of the NDC Partnership, is working on a revised and enhanced NDC strategy. This strategy includes a medium-term implementation, finance and investment plan to effectively address water management, ecosystem preservation, food security, smart urban development and dependency on fossil fuels.

Simultaneously the plan will be supported by a strengthening capacity and awareness for safeguarding natural resources. An assessment of attained achievements will in 2025 constitute the groundwork for the development and implementation of a long-term strategy leading up to 2050. 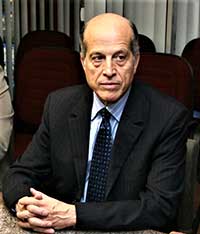 In an exclusive interview with IPS, Max Puig, Executive Vice President of the Dominican National Council for Climate Change and a Clean Development Mechanism said despite a change of regime and hardship caused by COVID-19, many of the commitments made five years ago are gradually becoming realised.

NDCs are country-specific, though Puig repeatedly reminded us that even if every country has its specific character and preconditions, the implementation of NDCs must go beyond national efforts. CAEP is a step in this direction since it provides international expertise, as well as technical and financial support to countries in need of such assistance.

Like most other island nations, the Dominican Republic is grappling with several unique challenges, which solution would benefit from foreign expertise.

A significant concern is that even if the Dominican Republic has one of the largest and most diverse economies in the Caribbean, it still relies on imported fossil fuels for nearly all of its energy needs. The NDCs have become one tool for amending this problem. While seeking solutions to limit greenhouse gas emissions, it is necessary to invest in alternative and more sustainable energy production.

A step in this direction is to determine the extent of the emissions and sources of greenhouse gas, something that has been realised through a CAEP supported cooperation between the Dominican Government and the International Renewable Energy Agency (IRENA). IRENA is an agency that assists Governments towards renewable energy and author of a report A Renewable Energy Roadmap providing essential energy statistics.

Findings and suggestions the IRENA document has been further developed in reports on impacts of renewable energy in Dominican power systems and a study of renewable energy prospects. The research highlighted a potential to increase the share of renewable power generation to as much as 44 percent by 2030, based mostly on solar photovoltaic, wind and bioenergy.

While talking to Puig, you are reminded that the Dominican Republic is part of an island and thus to a great extent dependent on its coast – both for its booming tourism industry and for maintaining its ecological health and distinctiveness.

The coastal ecology is another CAEP initiative, supporting the cooperation between the National Climate Change Council and The Nature Conservancy (TNC). This international NGO is currently updating collected data to identify highly vulnerable coastal areas and in 2019 published a study mapping and describing threatened ecosystems, like coral reefs and mangroves. TNC is currently working with the Government to develop the effective management of more than 3.2 million acres of terrestrial and marine habitats.

Puig mentioned that because the Dominican Republic is an island nation, it is considered to be one of the ten most vulnerable countries in the world when it comes to the effects of climate change.

The Dominican Republic is situated right in the frequent path of devastating hurricanes, which, due to global warming, now may gain even more strength. There is a constant threat of flooding, and the arrival of a hurricane generally causes extensive landslides and loss of livelihoods.

The Dominican Republic’s Unit for Coordination of Water Resources is currently assessing these risks, supported by CAEP activities led by the Interamerican Development Bank (IDB). The analysis will include the development of a viable approach for limiting the harmful effects of sudden flooding based on a multi-stakeholder approach involving relevant sectors of the Global Water Partnership (GWP).

While discussing the ecological peculiarities of the Dominican Republic, Puig accentuated the importance of considering the nation as part of a unique, insular ecosystem shared with the Republic of Haiti.

The island of Hispaniola is, with its 76,000 square kilometres, roughly the same size as the three Benelux countries together (Holland, Belgium and Luxembourg). Despite its limited size, the island has four distinctive eco-regions; moist forest areas, dry forests, moist grasslands and dry savannas.

This diversity is due to the highest mountain range in the Caribbean, which stretches diagonally across the island, placing nearly a third of the territory in a rain shadow. For historical reasons, far too complicated to address here, extreme contrasts are also evident in the political makeup of the island.

It is the only island in the world shared by two sovereign nations, and even if the ecosystem initially has been the same in the two parts of the island, natural resources are more depleted in Haiti than in the Dominican Republic.

Puig lamented that many of his Dominican fellow citizens assume that a wall along the border would solve any problems. Far better would be to consider the entire island as an ecological unity within which social and eco-friendly solutions are pursued in unison.

Hispaniola has the largest economy in the Greater Antilles. Most of this economic development is found in the Dominican economy, which is almost 800 percent larger than the one in Haiti.

According to Puig, a solution to this problem would be to emphasise the human aspect of sustainable development. Poverty, ignorance and inequality weaken the resilience of any nation and obstruct sustainable development. Cooperation – local, bilateral and international – is necessary, as well as compassion, respect for human dignity and social awareness. If we finally learn to realise that the conservation of our planet’s natural resources is a prerequisite for human survival, maybe every Government would come to understand the futility of short-term actions and unnecessary strife.

With CAEP, the Government is working on several fronts. These include strengthening its overall climate-related mechanisms through coordination of government institutions in charge of the National Climate Change Policy. At a practical level, there will be a framework for ecosystem-based adaptation projects, along with the provision of capacity building for implementing such projects. The Dominican Republic has committed to identify and prioritise a pipeline of investment-ready projects at all levels including energy, agriculture, industry, transport, water and sanitation services, buildings and infrastructure and livelihoods diversification.

Finally, IPS asked Puig why he was engaged in such a thorny venture as Dominican politics?

“In spite of all the difficulties and frustrations you encounter through political engagement, I assume that for many of us, politics equals a belief in a change for the better. A transition of power, like the one the Dominican Republic now experiences, promises improvement, nurtures imagination and action, and stimulates dreams and visions,” he replied.