Broadband For All: What Is The NY Broadband Program? 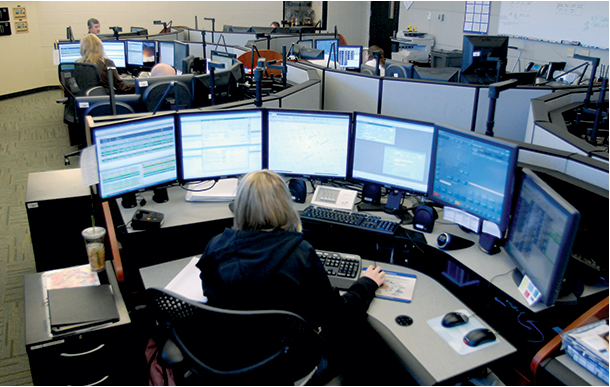 As we inch further and further into the future, it is becoming ever more apparent that wireless connectivity is no longer a luxury for those who can afford it, but rather a necessity that all people deserve to use and take advantage of. Many have said that broadband is as important a resource as running water or electricity, because broadband is what greatly contributes to positive outcomes in the economy, in education, and even in safety.

As of 2017, Cuomo also managed to secure some high-speed internet upgrades in nearly 2.42 million locations across the state. This accomplishment means that 99.9% of New Yorkers will now have access to reliable broadband. This marks the end of dial-up as the only available option to residents – who can now choose from options like HughesNet Satellite Internet, GotW3 Broadband, and other high-speed internet providers.

The Steps Taken In Creating the Program

Many may be wondering, what exactly did that $500 million investment go towards, and how did it help to expand the broadband service in NYS? Essentially, the investment Cuomo made was funded through capital resources that were obtained from bank settlements, and these played a significant role. Why? Well, with this program, it became an incentive to the private sector to expand their high-speed broadband services and access to areas throughout NYS that were either underserved or entirely unserved.

It should be noted that for areas who applied to receive broadband access under this program, priority was given to those who needed it most, such as unserved communities with libraries and Educational Opportunity Centers who thrive on internet connectivity and use it to better community members. In most places, it was promised that users would see speeds of up to 100 Mbps, and at least 25 Mbps in more rural, remote areas where it can be much more difficult to see super-fast speeds.

The Final Stage of the NY Broadband Program

In January of 2018, the program was finalized as Governor Cuomo publicly announced Round III of the New NY Broadband program, the step that would close the process to deliver high-speed internet to all New Yorkers. The awards given in Round III totaling $209.7 million would provider 122,285 homes, businesses, and other community institutions with high-speed internet access – for the first time in the history of the state and the nation.

In a direct quote given on January 18th, the day of the long-awaited announcement, Governor Andrew Cuomo said, “Access to high-speed internet is critical as New York works to deliver the resources needed for industries to thrive and businesses to remain competitive in the 21st-century global economy. This cutting-edge program is advancing our vision to connect communities, empower entrepreneurs and residents, and support advanced technological innovation. Projects achieved through the New NY Broadband Program are a major step forward in creating the most robust broadband infrastructure network in the nation while ensuring that reliable, high-speed internet is available to all New Yorkers.”

A total of 43 awarded projects were, as a result of the program, to address the broadband needs of underserved and unserved communities across the state. Part of this need was met by developing and deploying over 7,544 miles of broadband infrastructure which would give eight regions worth of residents, businesses, and other companies access to broadband, and therefore, access to the same opportunities as those afforded with different circumstances and financial abilities.

Where Was Broadband Access Distributed and Which Carriers Helped Provide It?

Though the goal of the NY Broadband program was to provide the entire state with broadband access, there were some regions that needed a bit more help than others if they were categorized as “unserved” rather than just “underserved.” However, the program worked wonders on providing more people with reliable internet services.

Many of the regions addressed in the program consisted of:

Over 18 internet providers were given awards totaling $341,842,062 in investments to help provide reliable broadband access to communities across NYS. Those companies included smaller names as well as some more prominent names, such as: