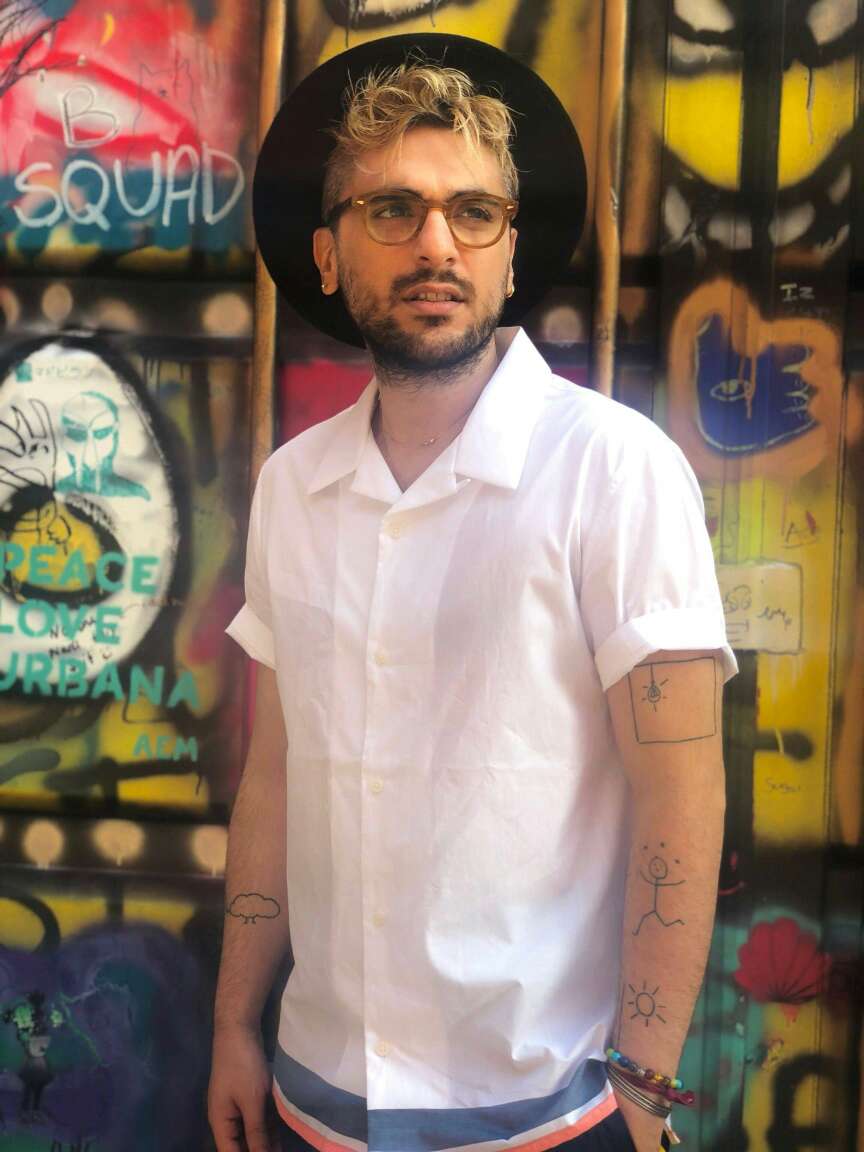 Born and raised in a conservative country and choosing a profession contrary to the mindset of the people living around is one of the challenging things in life, yet the Iranian singer, songwriter and actor, Behzad Khakbaz chose this daring journey to pursue his dreams.

Behzad Khakbaz, best known by his stage name Bigzzad, was born to an Irani parents in April 22, 1983, in Tehran. He moved to United States in his early twenties, where he lives with his family. He has released two Albums, singles and featured in a documentary film, about his life, in Los Angeles.
Bigzzad is one the three Iranian musicians who left their country after release of their first music album had controversially banned by the government in 2011, as the western music is banned in Iran.
In 2017, Bigzzad along with his band members had won the award for their documentary film “Beyond the Bombs” at International Film Festival, in Newyork. The film was about their struggle how they left their country putting their life at risk, to pursue the freedom.
Sharing what he experienced in his career, Bigzzad says, my journey from Iran to Los Angeles was fascinating for me, at the same time it was an addition of new challenge in my life as I had chose a career against the norms of society in my own country. Initially it was challenging for me, yet I bore the hardships for my music career.
In early days when I moved to Los Angeles, even though, I had learned music in supervision of many renowned composers and directors, however those days were hard days of my life, a new country with a dream, and there some of my devoted friends encouraged me to be persistent on my struggle for music, and I believe that in any journey you must accompanied by some faithful people, they always push you to accomplished in your mission, said Bigzzad.
When asked about his singing journey, Bigzzad said, I was passionate for music since childhood that was the reason I left undone my degree in Information Technology, and formed a band “Underground Dreams”, in 2011 in my country Iran, and shortly after moving to Los Angeles I formally perused music as a career,
A musician must not only be a good vocalist, but also be a good at playing instruments, and following this strategy, I learned to play bass guitar, drum and keyboard, also I play Setar and Tanbur, a traditional Irani instruments, claimed the singer.