Moving To Europe? Find Out Which School To Send Your Child To 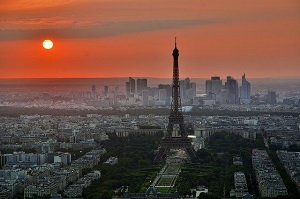 The value of prestigious foreign education is that it provides a wide range of applied knowledge, teaches self-discipline and reveals potential. It is easier for graduates of private European schools to enter the best universities of the world than for Russian schoolchildren. We will tell you how to choose a school in Europe and the differences between educational institutions in the UK, Italy and Switzerland.

Why to go to study in Europe

The main goal, for the sake of which parents send their children to study in Europe, is that they can then easily enter the world’s leading universities. Studying in a European school provides both the necessary level of knowledge and knowledge of a foreign language. The school has consultants who help children to decide on their future profession, prepare for exams and help to collect documents for admission. All this actually guarantees admission, not only to European universities, but also, for example, to the United States.

How do educational systems differ?

Throughout Europe, schools follow common standards, but may vary in detail. This is especially true for the most responsible part of the education – the last two years of the schools, which lead the student to obtain a certificate. Education in private European schools is built mainly on the international program IB, in the UK is more common traditional for them A-Level, and in Switzerland you can study on the system of any European country. Below we will describe in more detail how the general education school is organized in these three countries.

The school year in Britain begins in September and is divided into trimesters, each of them 13 weeks; the training is, of course, in English. From the age of 14 students begin a program to prepare for the GCSE (General Certificate of Secondary Education). It includes compulsory subjects (English and mathematics) and a few additional subjects that they choose for themselves (such as art, design, business, foreign languages, and many others). At the end of the program, they take an exam and receive a certificate with a score.

At the age of 16 the school starts A-Level – the program of preparation for admission to higher education. It includes compulsory courses plus three or four subjects of choice. For each subject, an exam is taken at the end of the course. The set of subjects and exam scores determine whether a student will be accepted to the desired university. But A-Level diplomas are recognized by universities not only in the UK and Europe, but also around the world.

Tuition prices may vary. For example, a year in the City of London Freemen?s School will cost about 30 thousand pounds.

Italian secondary education lasts 13 years, from 5-6 to 18-19 years. Many private schools in Italy provide classes in English under the IB (International Baccalaureate) program. It was developed in Switzerland as a universal school program to prepare all European children for university. The program requires the compulsory study of mathematics, a general course of natural sciences, two languages – native and foreign, as well as two subjects in the interests of the student. https://writemypaper4me.org/ will help with the last two. An applicant with an IB diploma and a certain level of assessment can enter a university in any European country, except Spain, where individual entrance tests are mandatory.

On average, studying in a private Italian boarding school, such as St. Louis School (which is one of the top ten in the world according to the IB 2017 exams), costs about 30 000 euros per year.

In Switzerland you can study in four languages: French, German, Italian, and, of course, English. There are about 250 boarding schools in the country that offer different educational systems: the most common are A-Level and IB, which we described above. Pupils also choose the subjects that will suit them for admission, get knowledge in humanities, science, mathematics, and art, learn to think critically, develop skills of independent work. In addition to the core subjects, the school curriculum includes extracurricular activities and sports – winter sports are particularly popular in Switzerland: alpine skiing, snowboarding, and skating.

The annual cost of education in a private Swiss school starts at 40 thousand euros. In more prestigious schools, such as Aiglon College, a year will cost about 98 thousand Swiss francs.