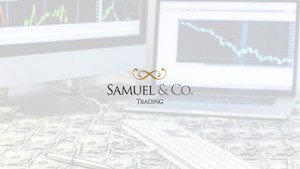 The Real Forex Trader Season 2 is a Youtube reality-show competition that takes place in-between eighteen aspiring foreign exchange (FX) traders. In the season finale, the finalists competed in their last attempt at 350,000 pounds. The finalists worked over the past few episodes to use a fifty-pound stipend for international travel, and the final episode of the season showcases the culmination of these efforts and how balancing work ethic and level-headedness achieves success in the FX domain.

What is the Real Forex Trader 2?

The Real Forex Trader Series aired its first season in 2019. Samuel Leach, chief-executive-officer and founder of Samuel & Co. Trading, designed this series as an opportunity for aspiring traders to learn from him and his staff. The show is also a learning opportunity for its viewers, who can “binge-watch” the episodes on YouTube. Viewers who watch the show and acquire the motivation to begin training can also explore Leach’s channel for additional resources on how to trade and where to work with Samuel & Co. Trading.

This season of the Real Forex Trader progressively eased the competitors into the foreign exchange markets. The first challenges did not involve trading, but they did test the finalists’ compatibility with the FX lifestyle. Challenges included surprise physical events to test the competitors’ suspense and sales challenges to assess their business-savvy. Once the trading challenges began, Leach continued to slowly, but surely acclimate the competitors. The first FX trading session started with a small 200 Great British Pound stipend. Leach kept their initial capital amount at this rate so the traders can practice controlling their emotions and impulses with lower stakes. As the initial capital increased, viewers saw the competitors encounter tribulations with overtrading, burn-out, and hesitation.

Leach is now recruiting for the third season of the Real Forex Trader Series’ third season. He welcomes applicants with any level of trading expertise, but the less exposure, the better. Some Samuel & Co. Trading staff suggest that traders with the least amount of experience succeed most in the competition. That is because they come into the show with a clean slate, eager to learn from those who regularly execute the strategies they seek to acquire. Although any level of trader is welcome to apply, Leach recommends that all applicants complete Samuel & Co. Trading’s Junior Trader Program. This specific program also offers initial capital for FX trading, a unique advantage when working under Leach.

For the final challenge of the season, Leach put the final six competitors into three teams of two. Each competitor received fifty pounds each to spend however they please. They can use the stipend on food, water, travel, etc. The catch is that all competitors must arrive in the south of France no later than Sunday, only a few short days after the challenge began. The second that any competitor uses money outside of the stipend, they disqualify themselves from the competition. Competitors reserve the right to forfeit the challenge at any time, regardless of where they are in their travels.

The episode begins with the final four arriving at the site in southern France. Ironically, the “underdog” team touched down at the site first because when they ran out of funds, they decided to hitch-hike a ride. While random, their luck does speak to the element of surprise some traders encounter in the FX markets. The leading team, who made enough profit margin from their stipend to even consider buying a cold-weather jacket, made it to the house shortly after. Unfortunately, the last place team quit the challenge, since they were in the red by over one-thousand GBP. Both team members struggled to compromise their different working styles. One team member, who prides herself in an extensive amount of trading experience before the competition, struggled to control her emotions and overcome burnout. She also hesitated to take risks and make trades that could have yielded a high-profit margin, which her team member advocated. Their failure to compromise ultimately self-sabotaged their position in the competition.

Unlike the previous challenges, Leach did not preface the final with what he sought to teach the competitors. Half-way into the episode, he explained. Leach explained that when traders enter the markets with a small amount of money and “quit everything, and you’re trying to live off of it, with your food, you’re trying to travel off of it, and you’re trying to pay your bills and everything else, you can see actually how stressful the true environment is.” The reality of FX trading does entail long nights and stressful circumstances. Still, Leach acknowledges that what the traders overcame to arrive at the site should only represent a worst-case scenario. Traders should learn how to trade comfortably, so they do not need to live life on a trade-by-trade basis.

Who is Samuel Leach?

The founder and chief executive officer of Samuel & Co. Trading, Samuel Leach, comes from humble beginnings in the United Kingdom. His father, a cartographer, fell short during his career to stay competitive once global positioning systems (GPS) became commonplace. That struggle showed Leach the importance of continuing education and innovation.

Leach received a 2,000 GBP student loan to attend the University of Hertfordshire. He wanted to learn the ins-and-outs of foreign exchange trading but did not enjoy his FX course at university. Instead, he taught himself how to trade. After trading over twelve hours a day for over a year, he successfully turned his 2,000 loan into 170,000. It was a risk, but he made it happen. It is that same value of risk-taking and hard work that motivates aspiring traders at Samuel & Co. Trading eight years since their inception.

Samuel & Co. Trading began as a 50/50 profit-sharing arrangement between Leach and his recruits. What allows the company to stay competitive is its initial capital for traders. Leach’s company offers interested traders with capital as soon as they enroll in a program. These stipends help the trader see immediate results from Leach’s holistic methods, which incorporate both strategic tactics and mindfulness.