The U.S.A Minority Chamber of Commerce, (USAMCC) announces its “America First” initiative to counter the influence of the Chinese Communist Party in the Americas. 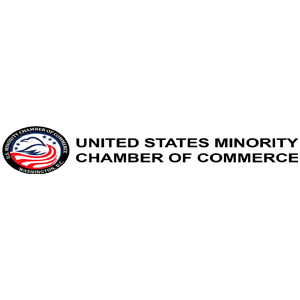 Washington DC, August 10, 2020. The  U.S.A Minority Chamber of Commerce, a private organization in support of the U.S. government presided by President Donald Trump, announces the America First initiative for the purpose of creating a solid platform for information, incentives, and equity which aims to attract more than 2,200 American manufacturers established in Communist China. The basis of this program is to have IDB as a natural ally under the leadership of Mauricio Claver-Carone within mid-September and move financial resources into relocation efforts with an agenda of facilitating records, security, logistics, infrastructure and culture from American industries.

The regional initiative is aimed at incentivizing allied nations of the United States so that American manufacturing companies established in China can produce goods and services with an estimated investment amount of  $50 billion to USAMCC’s partner countries, which aims at creating millions of jobs both directly and indirectly. A comprehensive collaboration strategy is being created where the North American businesses can have contributory deals of repatriation of capital, suitable facilities with a specialized workforce, without losing sight, that the logistics of maritime and air transport, is more expeditious.

“ USAMCC will promote throughout the region of the importance of supporting Claver-Carone, as president of the International Development Bank (IDB) now in elections next September; as one of President Trump’s top Latin American advisers, he has played a key role in taking punitive action against communism in the region,” says the President and founder of USAMCC Doug Mayorga, “Our North American institution thanks to the governments of Brazil, Colombia, and Ecuador for the overwhelming support of Mauricio Claver-Carone as president of the IDB. The ‘waste’ of an organization that never encourages small enterprises of the countries of the region, rather than its friends and relatives in governments, is over”.

About the turnkey program to American industries: To establish a way to facilitate entry and operate the manufacturing within a potential industry. We will prepare a framework by selecting the city and the country in accordance with the previous agreements lasting 5 years. It will include business legalization, banking, labor laws, multi-process outsourcing services, staff training, low-cost industrial premises, solar energy, satellite communication and Covid 19 health controls infrastructure, as well as asset and personnel security.

On the Americas First Initiative: With the mission of improving the lives of all the people of the continent of Latin America, the Caribbean and vulnerable communities in the United States, our main objective is attracting American investment that is in communist China to the region in order to defend the economic and democratic system through industrial development, and to generate sustainable employment with higher incomes to lift people out of poverty. To ensure the success of the initiative, both public and private sectors from more than 500 cities have been selected as destinations where we will begin to establish technological infrastructures.

About USAMCC: A private entity born in 2000 with over 32,000 affiliates and strategic partners in the United States, the Caribbean, and Latin America, whose platform has been a benefit to the economic, financial, and business development of vulnerable communities. It has 8 offices in the United States, the Caribbean, and Latin America. Its mission is to bring the corporate education from American culture, of success and progress through innovation and opportunities, and is the main international development organization in “The Americas”,”, while also being a catalyst that promotes the results of business development through international cooperation, export and import trade within the spectrum of shared prosperity. USAMCC’s works to promote U.S. national security, its members and strategic partners, and the humanitarian vision by demonstrating the generosity of the American people. For more information visit our website at: www.minoritychamber.net