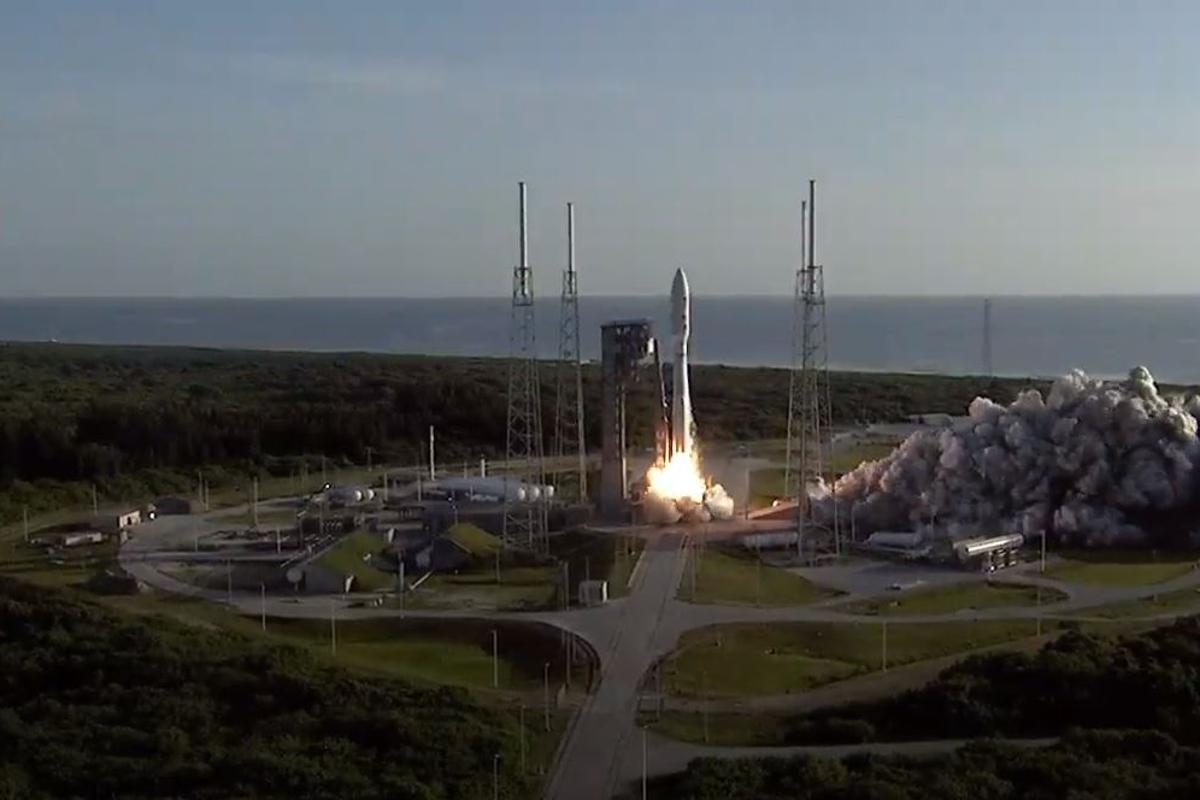 NASA’s Mars 2020 mission and the Perseverance rover are on their way to Mars. At 4:50 am EDT (11:50 GMT), the spacecraft lifted off from Launch Complex 41 at Cape Canaveral Air Force Station in Florida atop a United Launch Alliance Atlas V rocket on the first leg of its 309-million-mile (497-million-km) voyage to search for signs of life on the Red Planet.

Postponed from its original launch date because of technical setbacks due, in part, to the COVID-19 outbreak, the US$2.4-billion Mars 2020 Perseverance mission left the pad during a carefully calculated launch window that will place the unmanned spacecraft over its landing site in Jezero Crater on February 18, 2021.

According to the official launch timeline, at four minutes and 21 minutes after liftoff, the Atlas V rocket’s first stage shut down before separating six seconds later. The Centaur second stage engine fired at four minutes and 37 seconds and burned for seven minutes and two seconds before shutting down. The rocket then coasted until the 45-minute mark, when the second stage restarted for another seven minutes before the final shutdown and the separation of the spacecraft at about the one-hour mark. It began communicating with Mission Control as its solar panels came online about 10 minutes later.

The Mars 2020 mission is a composite spacecraft consisting of a Cruise Stage that handles the task of going from Earth to Mars, the Descent Stage, which will deposit the Perseverance rover to the Martian surface, and a protective aeroshell with a phenolic impregnated carbon ablator (PICA) heat shield, which will protect the Descent Stage and rover as it crashes into the Martian atmosphere at hypersonic speed.

Once on Mars, Perseverance will be the first spacecraft since the Viking missions in 1976 to look for direct signs of past or present life on Mars and will be the first to collect samples, which will be cached for recovery and return to Earth by later missions. The nuclear-powered rover will spend at least one Martian year or two Earth years exploring the landing site as it rolls from area to area.

In addition, it will demonstrate technologies that could be used by future manned missions to Mars, and it will launch a robotic helicopter, which will be the first aircraft to ever operate on another planet.