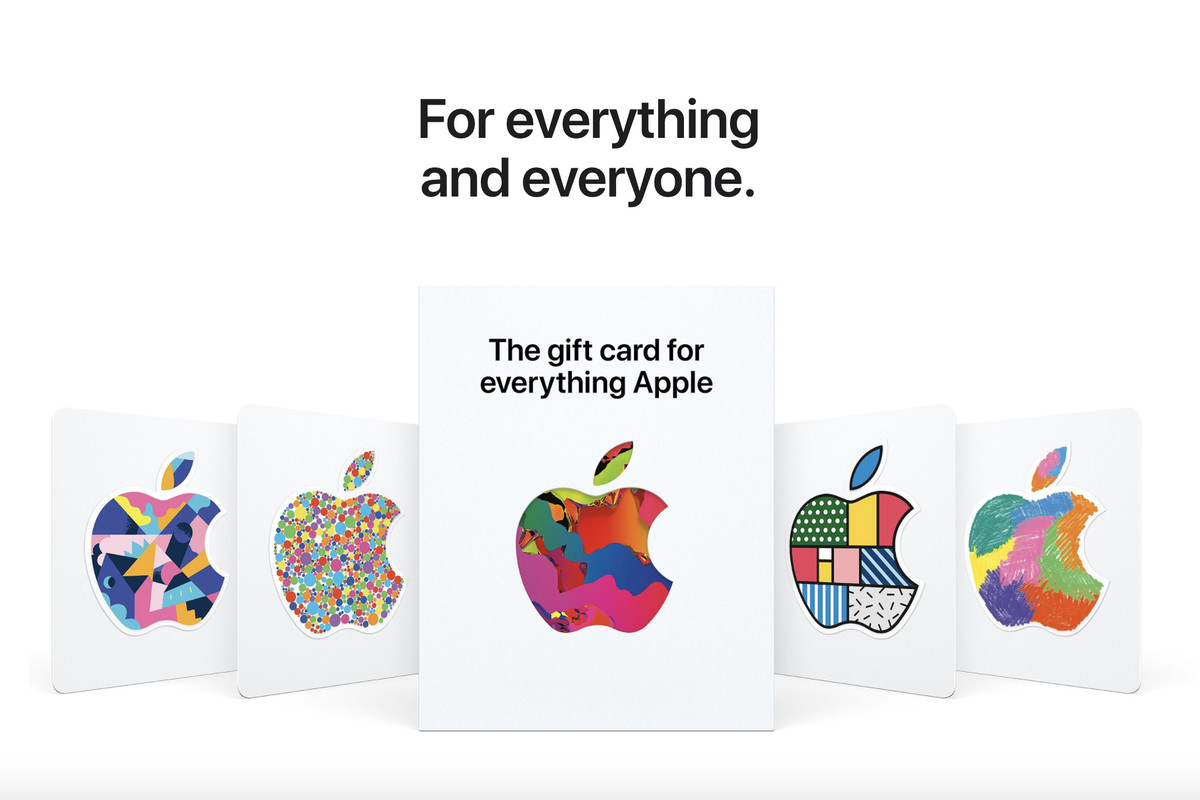 If you wanted to buy yourself or someone you love an Apple gift card, it used to be a bit complicated. Apple offered two separate gift cards: an iTunes card, which you could use for purchases on the App Store, iTunes Store, and / or to increase your iCloud storage, and an Apple Store card, which was used on purchases made at the company’s retail or online stores. But now, Apple has merged the two gift cards into a single card simply called Apple Gift Card.

Spotted by MacRumors, the new Apple Gift Card can be used to buy any of its products — from games on Apple Arcade to purchases at its retail store.

THE APPLE GIFT CARD IS EXCLUSIVE TO THE US

The Apple Gift Card also has a new look: it’s a white card with a colored Apple logo in the center. The design of the logo can change; in total, there are eight designs for the digital card and five for the physical version. As with its previous cards, Apple allows you to choose the amount you want to add to the card.

The Apple Store card and the App Store and iTunes card will continue to be valid as forms of payment, but the latter can now be used to purchase items from the Apple Store in addition to its previous functions, according to the gift card’s webpage. However, Apple appears to have removed the option to buy the older cards from its website.

Currently, the Apple Gift Card is exclusive to the US. Apple tells The Verge that the gift card will be available through Amazon, Best Buy, Target, and Walmart. Apple has not said if or when it will offer the card in other countries.