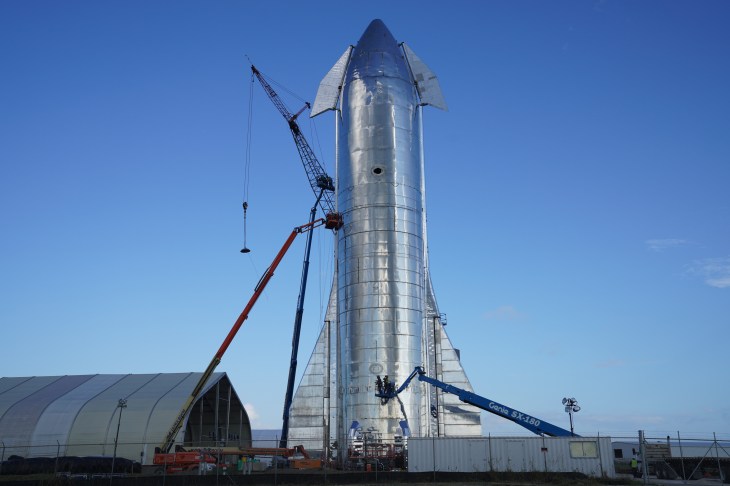 The sixth full-scale testing prototype of SpaceX’s  Starship has successfully completed a key static fire test of its Raptor engines, according to SpaceX founder and CEO Elon Musk . The so-called “SN5” Starship prototype is now ready to move on to a 150m (nearly 500 feet) short-duration flight test, which would mark the furthest yet that one of these testing spacecraft has made it through SpaceX’s planned development program.

SpaceX has been building and testing Starship prototypes (which are designated by the “SN” followed by their number in sequence) since last year, after the company first built a sub-scale demonstrator that was made up of basically just the base of a Starship with a single Raptor engine mounted to demonstrate low-altitude flight and landing capabilities.

Since then, SpaceX has been building full-scale demonstration prototypes to perform more test flights, initially seeking to go immediately into high-altitude testing. These were known as Mk1 and Mk2, and Mk1 was destroyed during pressure tank testing, while Mk2 was scrapped with the company turning its focus to Mk3 (renamed SN1, starting the new naming convention for the series). The prototypes that have been developed since have been built and tested rapidly, with SN3 and SN4 both suffering catastrophic failures during the testing process.

SpaceX has successfully test-fired the SN5 prototype, however, as of today, and will now move on to the first low-altitude “hop” flight of full-scale prototype test vehicle.

Ultimately, SpaceX hopes to replace all of its launch vehicles with Starship — including Falcon 9 and Falcon Heavy — as well as to use it with its forthcoming Super Heavy booster to carry large loads of cargo to Mars for establishing a permanent human presence on the red planet. It obviously still has many tests, and many iterations, to go before it reaches that lofty goal, but Musk and SpaceX seem keen on a rapid pace of iteration and testing with a relatively public audience. The ample testing is pretty standard for space vehicle development, but doing it out in the open is novel, as is the speed with which SpaceX is building real test articles and then using the results to create new (and hopefully improved) versions.