You can load up to $2,000 on a card, depending on how generous you’re feeling. 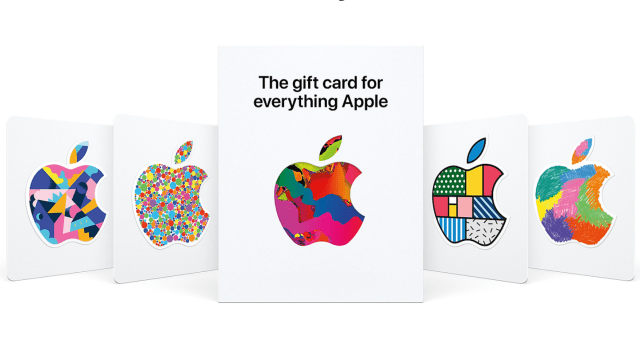 Apple is now offering a single gift card you can use towards any of its products. The Apple Gift Card is more flexible than the company’s previous cards, since you can use it for the App Store, subscriptions or other digital goods, as well as physical items from the Apple Store or website.

Before now, the company offered two different types of gift cards, so this should simplify things and give giftees more flexibility. The App Store & iTunes card used to only let you buy digital items, such as those from the App Store, iTunes Store and Apple Books, as well as subscriptions like Apple Music or Apple TV+. The Apple Store card, meanwhile, is for products from Apple’s website or (surprisingly enough) the Apple Store. Unifying all of that into a single card makes a lot of sense.

The Apple Gift Card, which is on sale now at the company’s website, has a fresh look, with several different designs available based around the company’s logo. You can load between $25 and $2,000 (more than enough to cover the cost of a MacBook Pro) on a single card. You’ll have the choice of sending a physical or digital card to the recipient.

The card — which you’ll be able to pick up through retailers including Walmart, Best Buy and Amazon in August — is only available in the US for now. But it’d be a surprise if the company opted not to roll out the Apple Gift Card to other countries too.