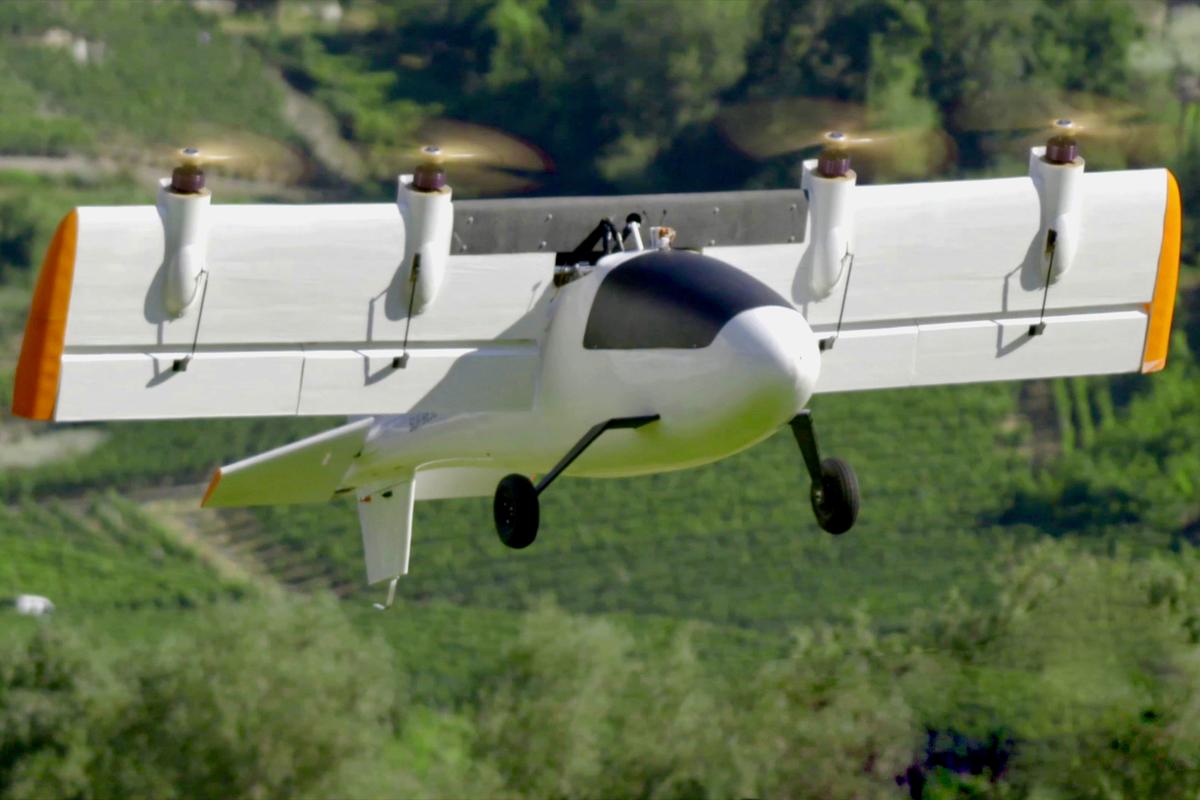 Although numerous companies are now developing so-called “air taxis,” many of those groups currently have nothing but renderings of their planned aircraft. Switzerland’s Dufour Aerospace, however, recently completed the first phase of testing of a large-scale demonstrator.

Like pretty much all other proposed air taxis, Dufour’s demonstrator is an eVTOL. That stands for electric vertical take-off and landing, describing a battery-powered aircraft that can take off and land like a helicopter, but then switch into faster and more efficient fixed-wing flight while cruising.

It’s also what’s known as a tilt-wing aircraft, in which the entire wing – along with its motors and propellers – tilts from a horizontal to a vertical orientation. There are also tilt-rotor airplanes, in which the propellers/rotors tilt independently of the wing. However, Dufour figures that its approach (which was inspired by the experimental Canadair CL-84 aircraft) is a better way to go.

“A tilt-wing does not lose efficiency due to down-load from the prop wash onto the wing,” Dufour CTO Jasmine Kent tells us. “Indeed, the props keep airflow attached to the wing, enabling much faster and more efficient transitions between hover and cruise modes of flight than a tilt-rotor. It also saves weight and complexity by having only one tilt mechanism.”

The just-completed first phase of testing included 550 individual test flights, in which the demonstrator “demonstrated a high degree of stability and control in all conditions, including transitions from hover to cruise and back again.”

Kent says that the fully-electric aircraft, which was developed in partnership with the ETH Zurich research institute, has a 4.5-meter (14.8-ft) wingspan – this reportedly puts its aerodynamic behaviour in the range of the company’s planned passenger-carrying aircraft, known for now as the aEro 3.