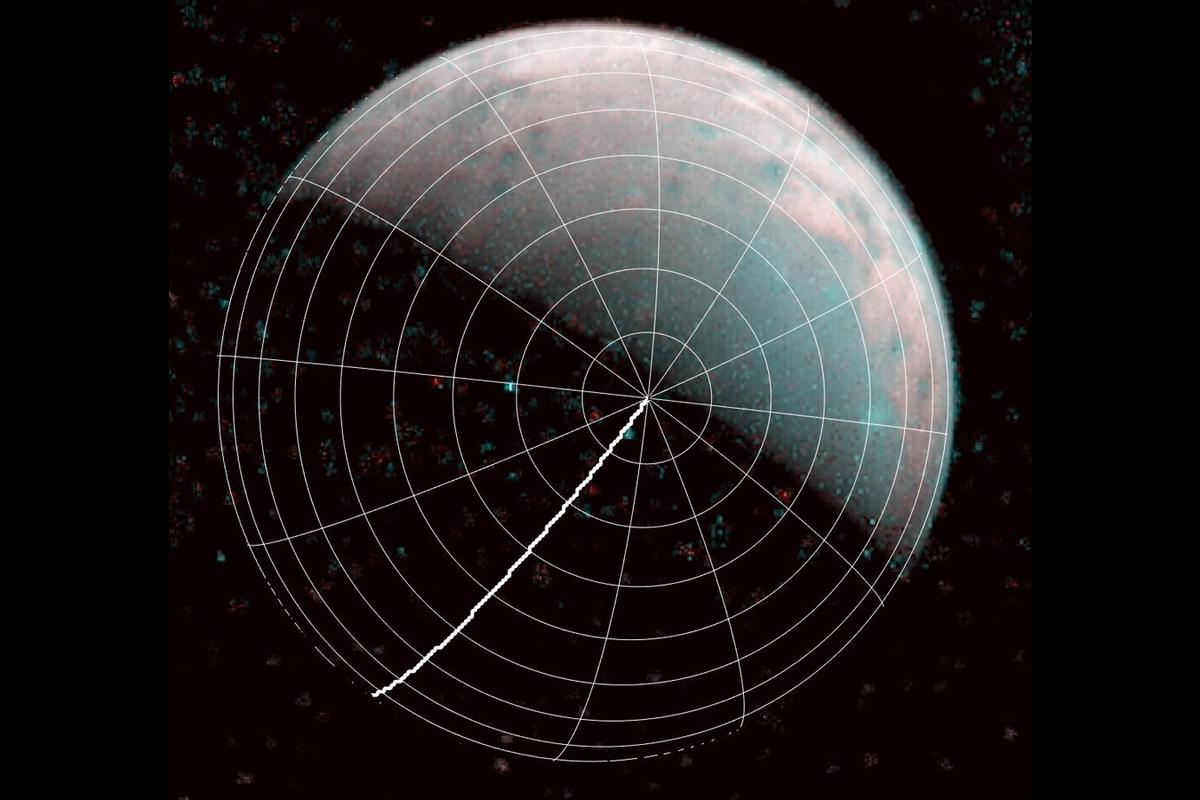 NASA has released the first images taken by its Juno deep-space probe of the north pole of Jupiter’s largest moon, Ganymede. Captured on December 26, 2019, the infrared images from the spacecraft’s Jovian Infrared Auroral Mapper (JIRAM) instrument show that the Ganymedean polar region contains a glass-like form of ice.

Ganymede is also the only moon with its own magnetic field, which is probably generated by the effect of the Jovian tides on Ganymede’s interior. According to NASA, this field acts like that of the Earth, where the lines of magnetic force act as a conduit for charged particles from the Sun, or plasma, which forms the famous auroras seen in the polar regions. However, since Ganymede has no atmosphere, these particles can bombard the ice that makes up most of the surface of the giant moon.

Juno’s JIRAM instrument has now shed some light on the effect these particles have on the ice. JIRAM was made to capture the infrared light coming from deep inside Jupiter to a depth of 30 to 45 mi (50 to 70 km). However, NASA says that the instrument can also be used to examine the Galilean moons Ganymede, Io, Europe, and Callisto.

In this case, when Juno flew past Ganymede’s north pole at a distance of 62,000 mi (100,000 km), JIRAM was able to collect 300 infrared images of the surface with a spatial resolution of 14 mi (23 km) per pixel. This allowed the instrument to detect a peculiar infrared signature on the polar ice that isn’t seen at the equator.

Juno found that the ice at the Ganymedean north pole had been bombarded by the solar particles so much that it had become what is known as amorphous ice. That is, it’s not a solid, but a supercooled liquid. All proper solids have a crystalline structure where the atoms line up in an orderly fashion. However, in a supercooled liquid like common glass, there is no crystalline structure, so it is technically a liquid. Normal ice has a crystalline structure, but NASA says that the particle bombardment has caused the ice at both poles of Ganymede to become amorphous. This is because the solar particles prevented the ice molecules from crystallizing by constantly destroying the structure.

“The JIRAM data show the ice at and surrounding Ganymede’s north pole has been modified by the precipitation of plasma,” says Alessandro Mura, a Juno co-investigator at the National Institute for Astrophysics in Rome. “It is a phenomenon that we have been able to learn about for the first time with Juno because we are able to see the north pole in its entirety.”