Pack of 4 Games In One & One Game Is Secret 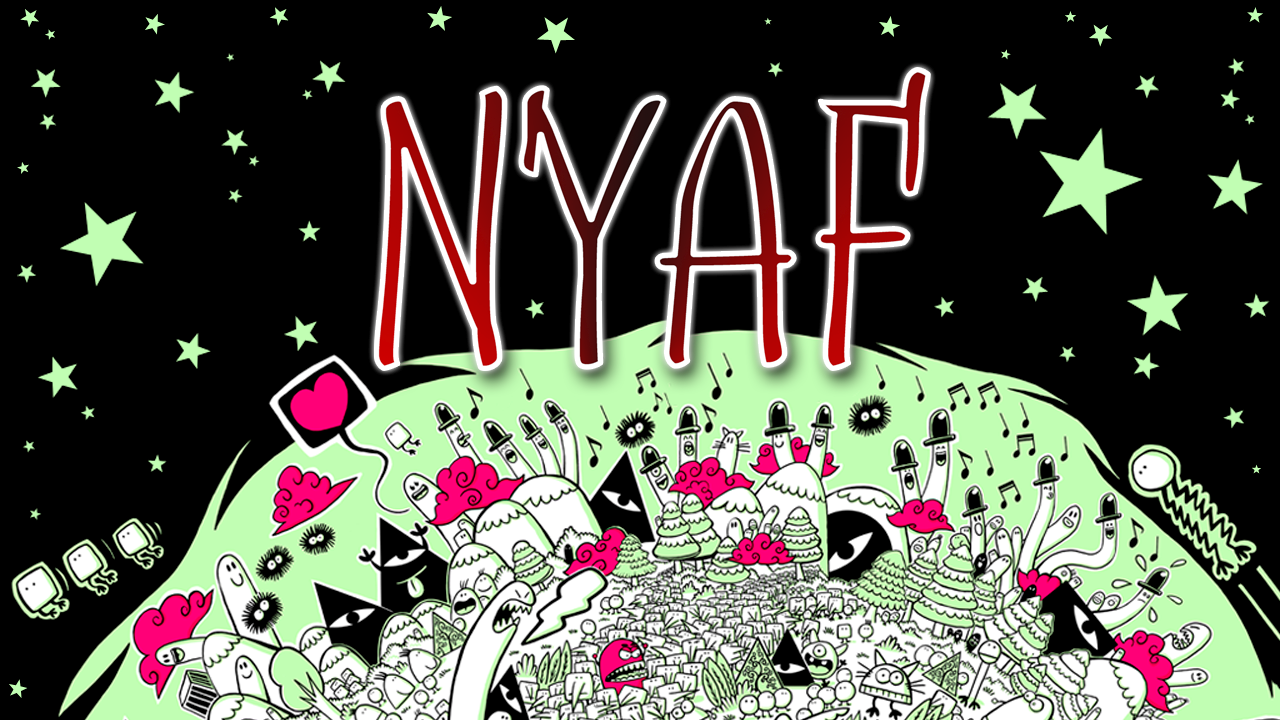 NYAF, developed by Alain Becam, is one of the newest additions to the Google App Store and it is a well-made game with interesting ideas and awesome music. This is a game where you do not get one but four games to play. However, you have to unlock the other three. It is an interesting take on mobile gaming on an Android but it is easy to pick up and the multiple, cute graphics will keep you coming back for more.

As mentioned this is four games in one special where the first is called NYAF. It is like spot the odd one out in a collection of characters. The ones that are transparent and are certainly not meant to be there.

To unlock the other three games you would need to play through the modes of NYAF. You can select the difficulty which goes from “very easy” to “hell”. The former you search for 20 characters while the latter makes you find 79. And there are harmful object sometimes disguised as characters. Normal makes you find 79 but no harmful object. This is the difficultly that you start on when you first play the game. This game has five modes with 11 levels, each level with its own music following the design of the background.

The graphics are by Sébastien Lesage. The colors are mostly black and white, with touches of ‘glow in the dark’ green and some washed-out reds. It is pleasing to look at with the cute, eye-catching designs of the characters. Each level has a different background and the more you look the more you will see since some of the characters interact with each other in the still image as if to tell a little story.

And every time you tap on a character a sound chip is played. However, some characters will often say the same thing like ‘Terminate’ will say ‘I am Terminate’. If you tap a lot of them in a roll then the sounds overlap each other giving a sort of fun chaos with the electronic inspired music. NYAF is a unique game that has replay value since the characters are not in the same place when you restart a level.

The other game is YANYAF which required you to find small symbols in generated backgrounds.

While playing the games you get to win ‘gear’ that you can use in the MMPG game. Maxi Micro Paintball Game where the goal is to Execute and defeat the red spots by using what you have earned from playing the other games such as range and close execution.

And we will not give the secret one away but it is silly and well-animated. A simple concept with a sweet story.

Not only is there a game on the App store (that is about three Dollars fifty) but there is also a different game on YouTube called “The Giant Ball”. Here a ball has landed on Earth and you press it to move it. It is a new game but the point is to move the ball for your country. Interesting use of YouTube that would be fun to play and follow.