Are Women-led Startups Key to Sustainability in Senegal? 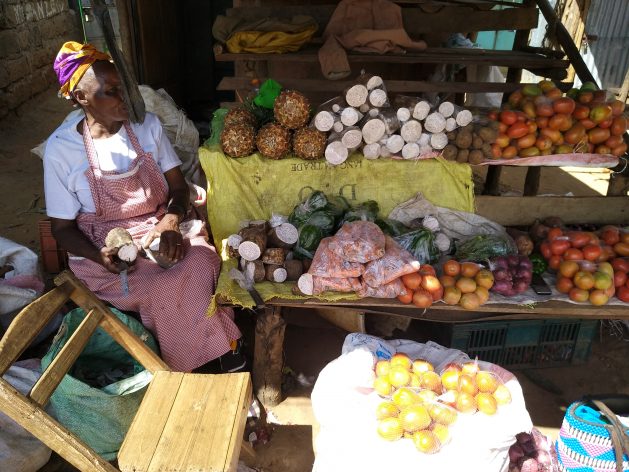 A woman farmer selling her produce at a local market in Casamence, southern Senegal. In sub-Saharan Africa, 90 percent of those in informal employment, which is typically low-skilled with poor working conditions, are women. Credit: Stella Paul/IPS

HYDERABAD , Jul 20 2020 (IPS) – Growing up in the Senegalese capital of Dakar, Siny Samba (28) watched with fascination as her grandmother made snacks for her family, using the fresh fruit from their garden. She would often help her grandma make these snacks to feed the neighbourhood children.

“One day, I am going to have snack parties for children like Granny does,” Samba would tell herself.

But years later, when she visited local stores to buy fruit preserves, she was disappointed to see only expensive, imported products on the shelves. They neither tasted as fresh as her Grandma’s ones, nor where they as high in nutritional value.

So in 2017, armed with a degree in food processing engineering from France, Samba launched Senegal’s first baby food startup – Le Lionceau (The Lion Cub). Her goal: to provide Senegalese mothers and infants with a choice of locally-processed food, made from organic, fresh farm produce.

Initially, she started with three types of fruit jams. But now, three years later, she has expanded to 15 products, including jam, jelly, marmalade, cereal and biscuits. Her company now employs nine people and also trains fruit and vegetable farmers across Senegal in safe harvesting techniques and safer storage methods as well as the organic certification process.

“We have a very simple philosophy: make the best use of our country-grown fruits and vegetables and sell to people who love feeding their children healthy, nutritional products. So, we are building a business that sustains and improves the local food value chain and organic farmers while providing high quality food to Senegalese people,” Samba tells IPS.

Senegal – a fertile ground for startups

Samba’s Le Lionceau is one of the many startups that have mushroomed up across Senegal in recent years.

According to VC4A — an organisation that provides technical and financial support to startup ventures globally and in Senegal — there are 128 registered startups in the West African nation, over a dozen of which are owned by women.

However, it is often assumed that the number of women-owned startups are much higher as many women entrepreneurs hesitate to register their businesses due to high taxes, which include 18 percent Value Added Tax (VAT) and 30 percent company taxes.

The figures are not unusual for the continent.

“Participation in informal employment that is typically low-skilled and comes with poor working conditions is higher among women than men. In 2018, this was the case in more than 90 percent of sub-Saharan African countries,” states a policy document by Women Deliver, a global advocacy organisation that champions gender equality and the health and rights of girls and women.

However, the introduction of the Senegal Startup Act promises to provide support for startups, while easing their tax burden.

The law was passed in December 2019 after 19 months of intense consultation and discussions among 60 Senegalese innovation enthusiasts, 20 startup supporter organisations and government representatives, including the tax authority, and the education and economy and finance ministries.

The law aims to promote and provide tax breaks and other benefits to innovative new businesses in various fields, ranging from food and agriculture to health and mobile banking. Senegal is only the second African country after Tunisia to have such a law supporting startups.

Perhaps it will create an encouraging environment for women entrepreneurs, but the law itself has no special provisions for them.

“The new law is really a big ball of hope for all of us who have started without any external help and were struggling to create everything from scratch, like consumer awareness, training of suppliers, creating a conducive market, building infrastructure etc,” says Samba.

Despite the high burden of challenges, resources are always inadequate, say many experts.

There is never enough credible information available to mothers on malnutrition, nor is there enough funding for those who are working to improve women’s and children’s health, says Fatou Ndiaye Turpin, the executive director of Réseau Siggil Jigéen (RSJ), a women’s rights organisation that aims to promote and protect women’s rights in Senegal.

RSJ is also one of the convenors of the Deliver for Good campaign coalition in Senegal, which is part of a larger, global campaign powered by Women Deliver. The Deliver for Good campaign promotes 12 crucial investments in women and girls, including dramatically reducing gender-based violence; the respect, protection and fulfilment of sexual health and rights; ensuring equitable and quality education as well as boosting women’s economic empowerment.

In 2013, Thiam founded Yaay.sn, a social networking group for mothers that aims to close this information gap. The network, Senegal’s first digital social community, has over 12,000 members.

Using blogs, posters, videos and photographs as resources, Yaay.sn offers Senegalese mothers the information they need about childcare, nutrition and health though a platform that allows them to connect, share their problems and seek support from each other.

Thiam  has won several awards for her startup, including the Female Digital Enterprise Award in 2015 and Africa Digital Communication Days Awards 2019.

“We currently have two major platforms – a group page on Facebook and a channel on Youtube. The construction of our website has already started, so technically, we are in a transition phase right now. But I am hopeful that our website will be completed and operational soon,” Thiam tells IPS.

In 2011, only 15 percent of Senegalese had access to the internet, according to World Bank data. But today, less than a decade later, the number has dramatically increased to 58 percent. The rapid digitisation is an encouraging factor for women who have the potential to become digital entrepreneurs, says Thiam.

“Women have a systemic approach to business. Sustainability is always at the back of their mind, even as they create wealth. They also constantly think of the welfare of those around them – including their families,” Thiam tells IPS. 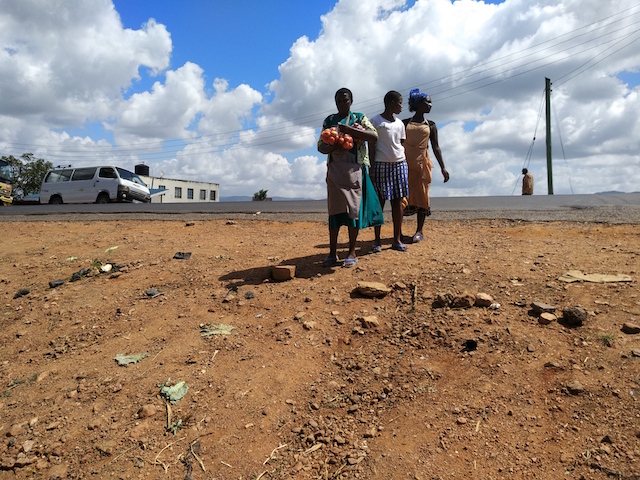 Joining the Fight Against COVID

Gaelle Tall is the co-founder and chief sales officer of Paps, an e-logistics start-up that provides delivery services across Senegal. When the COVID-19 crisis began to effect the country, which has no online grocery stores, Tall quickly added a new service to Pap’s offers: delivery of food, water and hygiene products to people living under lockdown restrictions.

Another health startup which has been quick to join the fight against COVID-19 is SenVitale, which created the Passeport Universelle de Santé.

Launched in 2017 and co-founded by 22-year-old Nafissatou Diouf, the Passeport Universelle de Santé is a QR scan of a patient’s medical data that is integrated on a card, bracelet, or a pendant. Doctors can instantly access patient medical data by scanning the QR code.

When the COVID-19 outbreak reached Senegal, SenVitale created a web platform where citizens can take a coronavirus self-assessment test before approaching a medical facility. So far, over 100,000 people have taken the test, thereby taking some burden off a stressed national health service. Senegal has over 8,000 cases reported.

“I lost my aunt who died mainly because she couldn’t find enough information on her sickness. So, we wanted to find a system that would help our doctors and health practitioners act faster,” Diouf, who won Best Startup of the Year (Senegal) awards and also the Feminine Coup de Coeur awards in 2019, tells IPS.

“In such a context, reproductive health programmes for young and inactive populations are essential for Senegal to capture the demographic dividend and for the country’s economic and social situation to improve,” Turpin tells IPS.
She identified four crucial areas of women’s health that urgently need greater attention: maternal mortality, access to contraception, information on reproductive health and investment.

The current volume of investment and attention to all of these four areas remains inadequate, although some NGOs are providing services, Turpin says.

“The NGOs are closely linked to public health structures and most of the time operate as referral clinics for public sector clients. These NGOs also create digital platforms to facilitate access to information and products on sexual and reproductive health,” she adds, admitting that no start-up business has stepped into the reproductive health area with a bankable service.

Perhaps its time for a woman to take on the challenge. “Evidence shows that women’s full participation in the economy drives better performing and more resilient businesses and supports economic growth and wider development goals for nations,” Women Deliver notes in a policy brief.

Meanwhile, female entrepreneurs like Samba are trying to add value to their current services by making videos on health, food quality, nutrition, organic food and the need for building immunity through the consumption of fresh, healthy food.

The videos in Senegal’s main indigenous language, Wolof, are free and handed to women and girls who purchase her products.

“Working for health, nutrition and food is hard,” she says, explaining that remains a lack of funding and infrastructure, taxes are high and there are many cultural barriers.

“For example, when I go for a business appointment with my male co-founder, people speak to him and ignore me,” Samba says.

But she believes things are changing.

“But (there are) many organisations providing training to women entrepreneurs, there are networking facilities. There is a new law plus the opportunity to improve women and children’s health. So, it’s an exciting time to have a startup.”