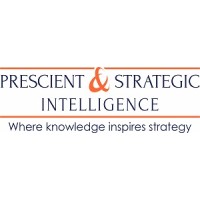 The biggest trend presently being witnessed in the razor market is rising adoption of subscription-based models all around the world, wherein the blades are delivered to the customers on a weekly or monthly basis. This strategy is being increasingly adopted by several razor blade producing companies such as Dollar Shave Club and The Proctor & Gamble Company (P&G) for attracting customers and expanding their user base. For instance, in 2017, P&G launched its on-demand service through which the customers would get the blades delivered to their homes by simply texting ‘BLADES’ on the given number.

Request to view sample of this market research:https://www.psmarketresearch.com/market-analysis/razor-market/report-sample

One of the major factors fuelling the surge in the demand for razors is the increasing focus on personal grooming across the world. Due to the rising influence of Western Culture, men in several countries around the world are increasingly becoming aware about their grooming and appearance, especially their beard and hairstyles. As a result, the footfall in the male-special spas and salons is rapidly increasing. According to The Proctor & Gamble Company, 39% and 43% of the men in the age groups of 25–34 and 18–24, respectively, prefer to have a clean shaven appearance.

Driven by the above-mentioned factors, the revenue generated from the worldwide sales of razors is expected to increase from $18.0 billion to $22.5 billion from 2019 to 2030. The global razor market is predicted to progress at a CAGR of 2.1% during the forecast period (2020–2030). There are various types of razors available throughout the world — disposable razors, safety razors, straight razors, cartridge razors, and electric razors. Amongst these, the cartridge razors are expected to record the highest sales in the coming years, owing to the easily replaceable quality of the blades used in these products.

The objective of this research includes;

Globally, the Asia-Pacific (APAC) region is expected to observe the fastest growth in the usage of razor in the immediate future. This is mainly attributed to the fact that the APAC region is the most densely population region in the world and many countries in the region are observing rapid urbanization. In addition to this, the expenditure on personal care products is increasing rapidly in this region, which is in turn, boosting the sales of razors in the region.

The research includes detailed analysis of;

Based on Distribution Channel

Based on Razor Blade Type