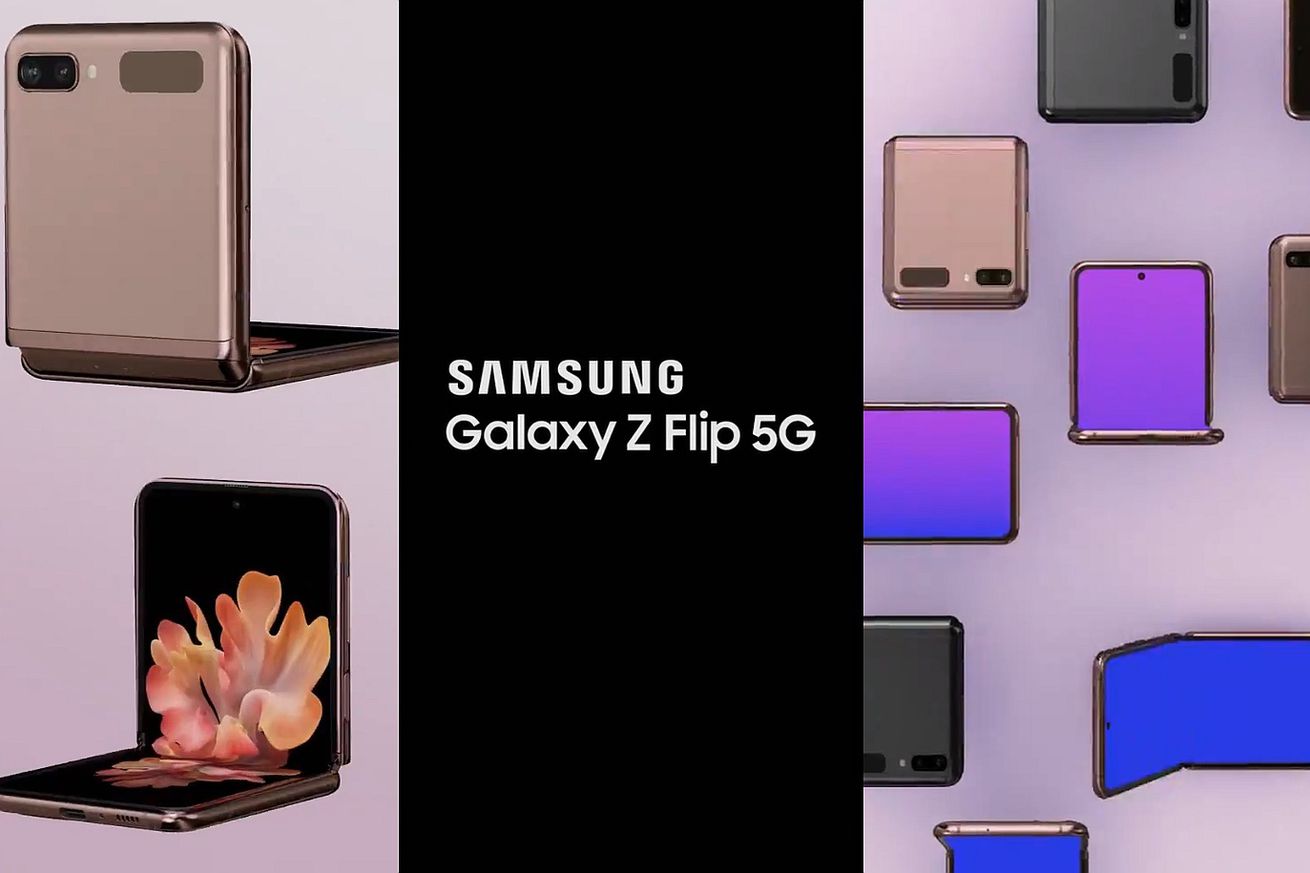 We knew a 5G variant of Samsung’s vertically folding Galaxy Z Flip clamshell was on the way, after the first images leaked earlier this month. Now, we have an entire leaked video and a set of rumors about the new “Samsung Galaxy Z Flip 5G” that seems to leave nothing to the imagination — and suggest it might be ready for Samsung’s upcoming August 5th Galaxy Unpacked event.

Basically, it looks like it’ll be practically the same folding phone but with a faster processor and 5G.

Based on phone leaker Evan Blass’ video — which shows the phone from practically every angle — it looks practically identical to the original LTE version that went on sale on February 14th. The only differences other than 5G support and a new “mystic bronze” color, according to XDA-Developers’ Max Weinbach, is that it’ll be oh-so-slightly taller and thicker, and be powered by Qualcomm’s new Snapdragon 865 Plus chip — a small spec bump over the Snapdragon 855 Plus that came in the original.

The phone may also have the same size battery, according to Weinbach, which makes us wonder how long it might last on a charge — the original wasn’t a battery champ, and now it’ll reportedly have 5G and a faster processor to power as well.

Chinese telecommunications certification center TENAA previously corroborated that the phone would likely have the Snapdragon 865 Plus chip, and the Wireless Power Consortium also listed a “Samsung Galaxy Z Flip 5G” as a phone that would support wireless charging, so it sounds like that’s probably the name and your wireless chargers will keep working. (You can thank MySmartPrice for spotting both of those.)

While 5G might be the flagship feature here, 5G phones still have a ways to go before they are the new normal. Although 5G can make downloads faster and cloud services respond quicker — depending on the type of 5G — there are many tradeoffs like how much 5G phones cost and whether you’ll be able to easily find a signal.