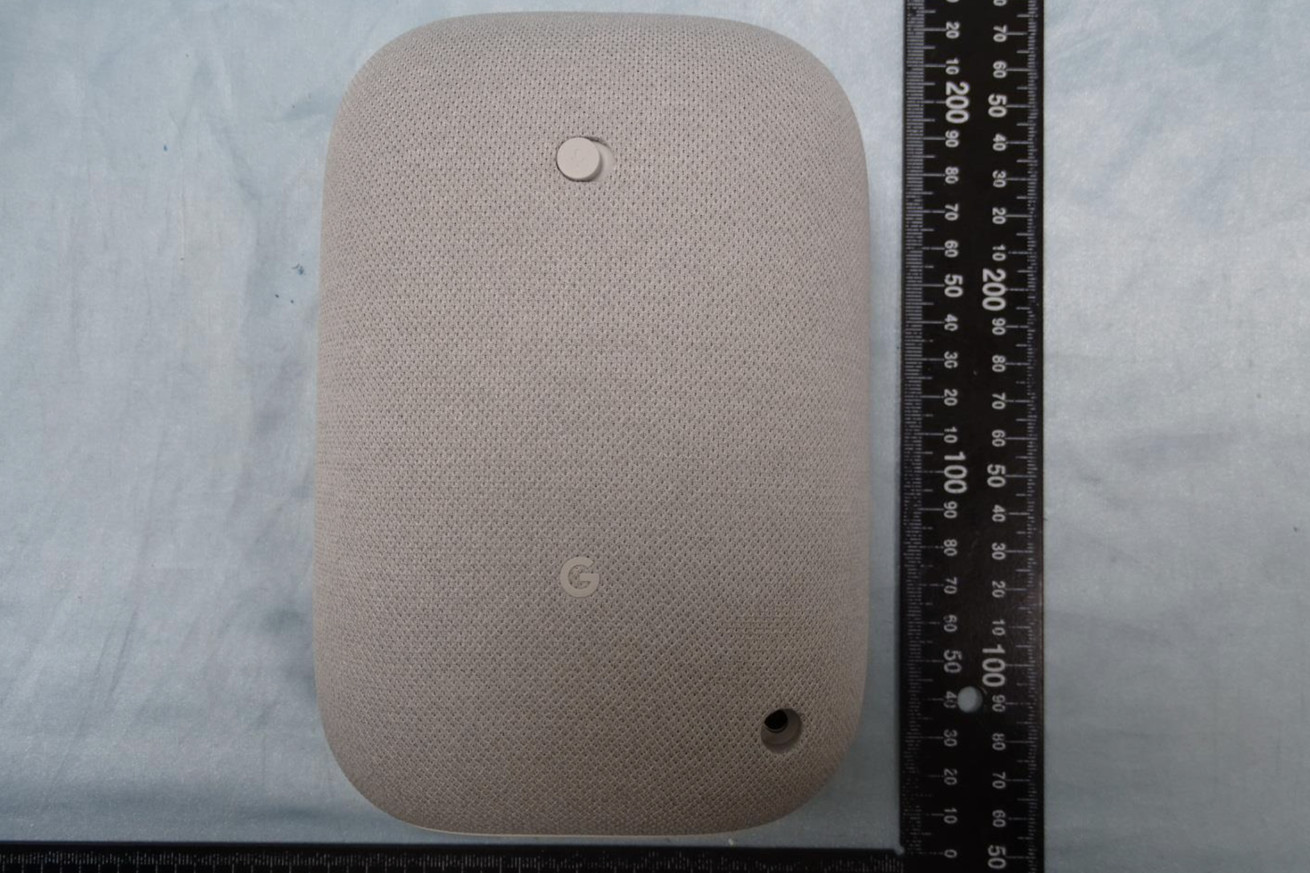 A new smart speaker from Google has been spotted as part of a regulatory filing in Japan. Android Police believes this device to be the long-coming sequel to the original Google Home speaker, which hasn’t gotten a follow-up since its original release in 2016.

The new speaker carries on Google’s fabric aesthetic and looks almost like a miniaturized vertically standing Google Home Max that’s been squeezed down a bit. There’s a rubber base at the bottom and a power jack at the back along with a mute switch. Yes, you’re looking at the back in the image above. The front of the speaker looks like this:

I think it’s safe to say there are probably some LED indicator lights under there somewhere for when you’re chatting with Google Assistant. Google’s latest Nest speaker stands a little over 8.5 inches tall and is listed as an interactive media streaming device in the filing.

The Federal Communications Commission also just published a filing for a new device from Google — and it sounds like it’s this very product — but the usual confidentiality protections apply so there are no photos in that one.

Alongside this new speaker and the inevitable Pixel 5, Google could also announce a next-generation video streaming device sometime this fall. We’ve already gotten a decent look at that one. And hey, I’m still holding out hope that the Pixel 4A still might show up sooner rather than later.