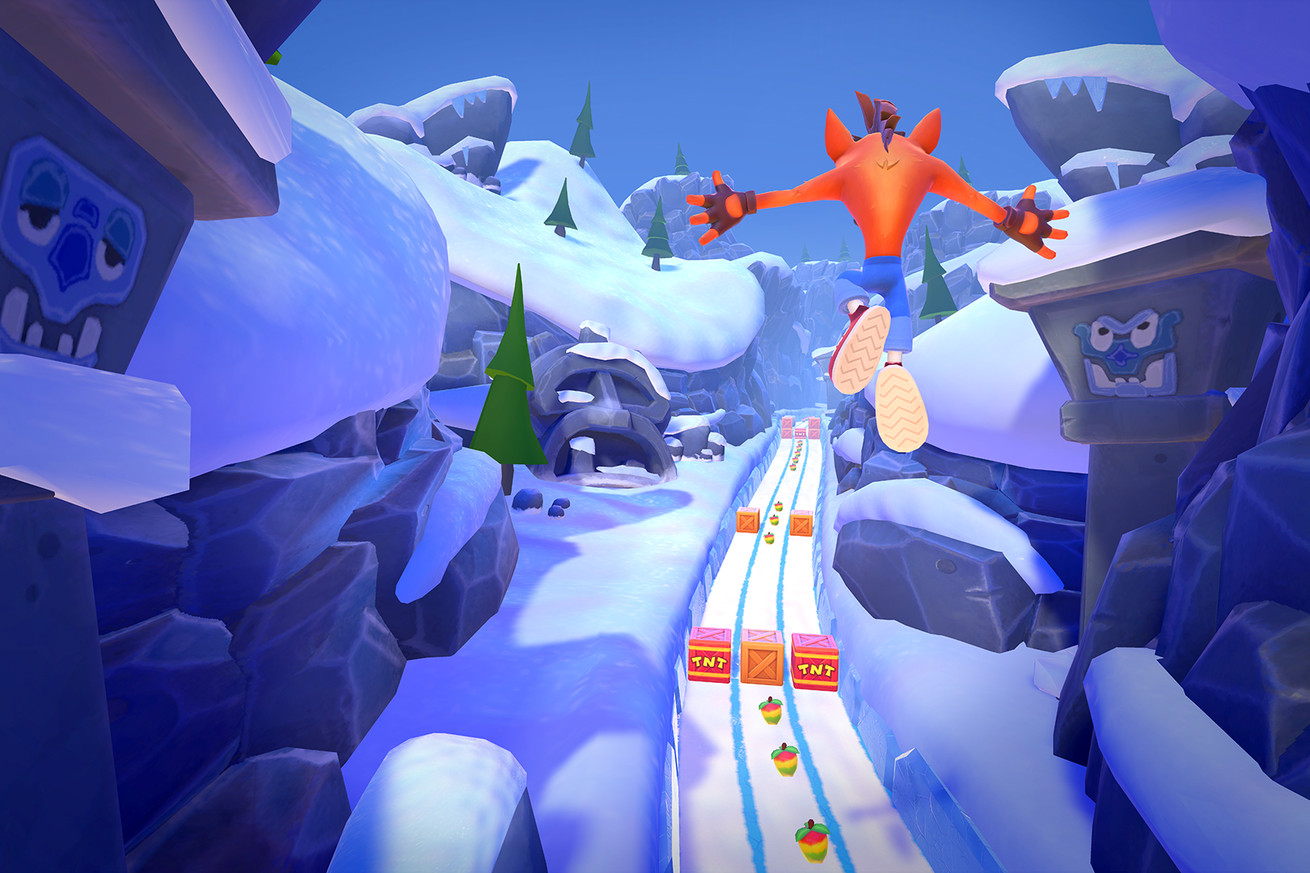 In Crash Bandicoot: On the Run, players are once again tasked with stopping recurring series antagonist Doctor Neo Cortex from taking control of the multiverse. You won’t be required to play as the titular character; instead, you can customize your own bandicoot as you progress through familiar stages and fight enemies from past installments.

The game will be a runner game, similar to the Temple Run, where players can swipe left or right on the screen to move their character to collect coins or avoid bottomless pits. But it’s not simply a Temple Run clone; the trailer shows that the game plays out level by level and that we’ll be crafting weapons, throwing projectiles at enemies, and doing some light platforming by letting your bandicoot jump up to higher stages. The trailer also implies that we’ll be able to play with friends somehow.

There’s no word on when the game will officially launch, but Android users can now preregister for the game on the Google Play Store or through the game’s website.

This marks the second new Crash Bandicoot announced this year after a seven-year wait for a new installment in the series. Last June, it was confirmed that we would finally receive a true sequel to 1998’s Crash Bandicoot: Warped, which is slated to launch on October 2nd.