Reed: Always another story to light up 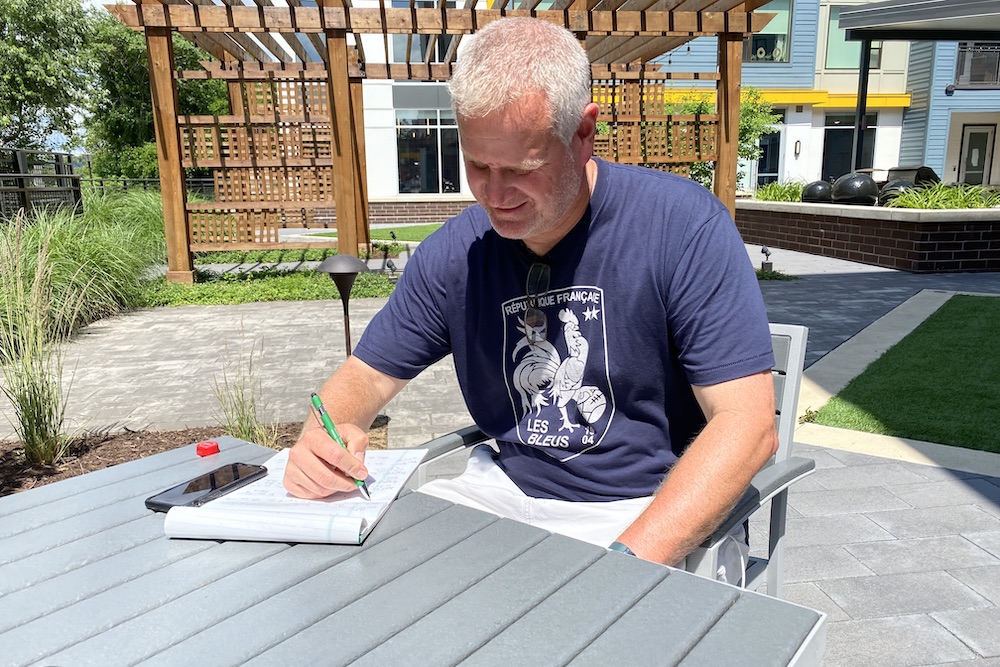 COLUMBUS, Ohio — As we walked into the Civic Arena, after making the 90-minute drive from Warren, Ohio, my friends and I were handed packs of cigarettes as part of a Penguins’ game-night giveaway. Who needed a Doug Shedden or Peter Lee bobblehead when lung darts were being distributed to paying customers 18 years and older?

We still laugh about the lunacy of cigarettes as an enticement to attend sporting events, but these were the 1982-83 Penguins. The entire 18-win season should have carried a Surgeon General’s warning. Franchise fortunes further darkened the following year as club management tanked its way to 16 wins and the right to draft Mario Lemieux.

These are my earliest memories of coming to Pittsburgh. Bad hockey, a half-empty building and a pre-game ritual of walking through the opulent lobby of the William Penn Hotel to use the restroom. I loved every minute of it.

I knew I wanted to be a sports writer from my days working at my high-school newspaper. In 1990, I made the transition from the Civic Arena cheap seats to the press box. I covered back-to-back Stanley Cup champions and the early years of Cowher Power at Three Rivers Stadium for my hometown paper, the Warren Tribune-Chronicle. I survived the icy stares of Tom Barrasso and Greg Lloyd and lived to tell about the night I accidentally bumped into the computer of Bob Smizik and then watched in horror as the screen of the former Post-Gazette columnist went blank on deadline.

Along the way, I learned my craft in the presence of future Hall of Famers such as Rod Woodson, Kevin Greene, Paul Coffey, Lemieux and Dave Molinari. During the fall of 1997, I had my first meaningful discussion with my future boss, Dejan Kovacevic. Dejan was working at the Post-Gazette and I was writing a series of stories on Penguins who would represent their countries in the 1998 Winter Olympics, the first to include NHL players.

While I wrote game stories, sidebars and the occasional column, it was always in-depth player profiles that intrigued me. I wanted readers to learn all about the backgrounds of athletes and coaches. Everyone in Pittsburgh knew why Jaromir Jagr wore No. 68, but what did it mean for him to represent fellow Czech countrymen liberated from Communist rule? I played a snippet of the Jagr audio for Dejan in the Penguins’ locker room. “That’s good stuff,” he said.

Jagr would win Olympic gold that season. A few years later, I would start changing work addresses as frequently as Jagr. Akron Beacon Journal. Columbus Dispatch. Cleveland Plain Dealer. Back to the Columbus Dispatch. The Athletic.

No matter how far I traveled, Pittsburgh was always part of my orbit. I met a girl from Irwin in 1989, married her not long after and watched as her family celebrated two Super Bowls and five Stanley Cups. That’s not easy to swallow for someone who grew up rooting for the New York Rangers and covering the Cleveland Browns. I tell my in-laws they would be completely insufferable if not for Tom Brady and Bill Belichick.

It’s funny how life can bring you full circle. Over the past few years, I’ve watched from afar as Dejan has built DK Pittsburgh Sports into a go-to site for passionate Yinzers. Now, I’m part of the team. I’m proud to work alongside Kovacevic, Molinari and Dale Lolley, veteran journalists I’ve respected and admired. I’m also anxious to get acquainted with the other fine writers and supporting staff members.

Starting in August, my job will be to complement our day-to-day coverage with deep dives into Pittsburgh sports personalities, while also providing enterprising looks into trends and quirks impacting your favorite teams.

The seismic events of the past five months will make the return to sports like nothing we have witnessed. There promises to be many fascinating stories, and I’m excited to report on them from a Pittsburgh perspective.

Of course, I might never have been afforded the opportunity had it not been for the packs of smokes given away at the old arena three decades ago. On the way home from the game, my friend fell asleep at the wheel. It was the burning ash from one of the cigarettes falling into his lap that woke him up as the car veered off the highway.