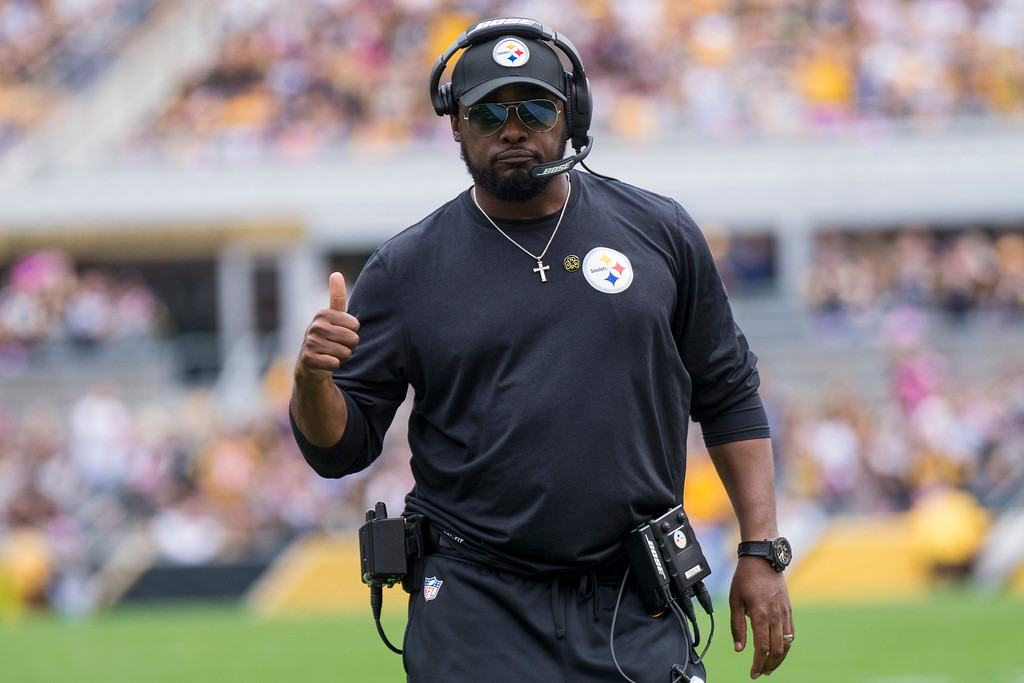 I have spent the month of June, my first month with DKPittsburghSports.com, breaking down the Steelers’ 2020 regular-season schedule. Three games were broken down, inside and out, every week, and on Monday I wrapped up the series. Upon its conclusion, many readers asked if I would be compiling the overall win-loss record for the Steelers, and I decided to oblige.

Below are the links to the individual breakdowns, where you can see everything from the historical matchups, the last four games, opening lines, players acquired and lost in free agency, rookie class and more.

Let’s see how the Steelers’ season will shake out:

On paper, this game seems to be a slam dunk for the visiting, and favored, Steelers, but with the unknown health of Ben Roethlisberger, nothing is certain. Will Daniel Jones improve enough, and have time, to be able to upset the visiting Steelers? I don’t see this being a blowout, but I do see the Steelers pulling out a road victory in Roethlisberger’s first game back since Week 2 vs. the Seahawks last season.

The Steelers’ defense vs. a young quarterback, for the second week in a row, certainly makes you feel confident when picking this game. Throw in the Steelers spotting the Broncos five points via the spread, and you have what seems like an easy pick. But I know better. I’ve seen this movie before, and some would say one too many times. Nonetheless, the return to Pittsburgh, and the defense being too much for the Broncos equates to a Steelers win.

Playing at home should be good news for the Steelers, and this is their second straight home game in the regular season. But I always have my concerns with mobile quarterbacks and the Steelers defense. Watson isn’t like Lamar Jackson. Jackson often thrives off designed runs, whereas Watson is a quarterback who can bust off a big run when things break down. If Hopkins was still a member of the Texans, this game would be a really tough call for me, but at this point I see the Steelers’ defense, more than their offense, being the deciding factor in Week 3.

If you’ve been following this series, you know I have liked the Steelers in the first three games of the regular season. Yes, I realize the team hasn’t had a hot start to a season in a while, and yes, I realize the odds of the team starting 4-0 are slim-to-none. For the realists out there ready to take me to task, relax. This is a game I see the Steelers losing. The combination of the Titans’ power running game, solid defense and being on the road is a recipe for disaster for the Steelers. It will be close, but I see the home team squeaking out a win in Week 4.

If you have checked out the previous breakdowns (see links below), you know I predict the Steelers will come into Week 5 sporting a 3-1 record. Their loss came the previous week, to the Titans on the road. I just don’t see the Steelers dropping back-to-back games, and I feel they will be a team to be reckoned with at Heinz Field in 2020.

Predicting two games so far apart is never an easy task. However, I am up to the challenge. I love the Steelers in Week 6 at home, but see things going a different direction in Week 17, but not for the reason you might think. With the new playoff format I can see more playoff spots solidified later in the season, meaning there will be more reason to rest players in games which don’t matter. I see that happening for the Steelers in Week 17.

When I am asked about how I think the Steelers will match up with the Ravens, I can’t help but think about the Week 5 matchup in 2019. No Ben Roethlisberger, Mason Rudolph knocked unconscious and the team was a JuJu Smith-Schuster fumble in overtime away from stealing that game at Heinz Field.

In other words, this team is built to compete with the Ravens. Sure, Robert Griffin III and the Ravens backups beat the Steelers in Week 17 last year at M&T Bank Stadium, but that loss, combined with the way the Steelers played in Week 5, has me thinking it will be another usual year of Steelers vs. Ravens.

What exactly is a usual year? It means a series split.

This game being in the Dallas-Fort Worth area makes the prediction more difficult. The Steelers haven’t had great success in Texas in recent years, but can they buck that trend in 2020. After back-to-back AFC North division games vs. the Browns and Ravens, the Steelers head into a bye week in hopes of getting healthy for the home stretch.

Mike Tomlin has had great success after the bye week, and I see that continuing this season when they play the Cowboys. Pittsburgh’s defense is the difference in the outcome, as it propels the team to a victory on the road.

After pumping up the Bengals in the overview section of this breakdown, it is time to face reality. If Ben Roethlisberger remains healthy, and the Steelers’ defense continues to improve, I don’t see the Bengals having much of a chance next season. At this point it isn’t a matter of will the Steelers win both games, but will they cover the spread in both games?

If this game were played at Heinz Field, I feel it would be slam dunk, but the Steelers always seem to struggle in Jacksonville. The last time these teams lined up in was in Florida, and it was a busted play that resulted in Ben Roethlisberger rumbling into the end zone for the touchdown, and the win. Can the Steelers duplicate their success in the Sunshine State? I think so.

This game being at Heinz Field is a no-brainer, in my opinion. The Steelers are double-digit favorites for a reason, and the question isn’t so much whether the Steelers will win, but will they cover? I think the Steelers do cover the spread and add another ‘W’ to their record.

On paper, these two teams can’t be more alike. Both are anchored by their defense and hopeful in their offense; the biggest difference between the two is the quarterback. Josh Allen is a young upstart, while Roethlisberger is a proven commodity.

This game will boil down to whether the Steelers will be able to put up points against the highly touted Bills defense. If this game were at Heinz Field, I would be leaning toward the Steelers, but I don’t like this matchup on the road in late December.

If this game were played in Indianapolis, I wouldn’t have a great feeling about the Steelers’ chances. Not only have the Steelers owned the Colts in recent years, but seem to play extremely well against them at Heinz Field.

I expect more of the same, but this one is going to come down to Chris Boswell‘s leg. This game could have serious playoff implications in Week 16.

There were several games on the schedule which could swing one way or another. Every year there are games which come down to one or two plays or calls. I predicted the Steelers to win games against the Cowboys, Eagles and Texans, but those games could easily go the other way. If those games are losses, the 12-4 prediction quickly turns into a mediocre 9-7.

When it comes to brass tacks, the health of Roethlisberger is paramount, but can we just admit how elite the Steelers’ defense should be in 2020? The defense might not be the Steel Curtain or Blitzburgh, but will hold its own against the best in team history.

This could be a special season for the Steelers, and why I went with my record prediction. The over/under for the Steelers in 2020 is nine games, and if I were a betting man I would take the over in a big way.