Level Lock review: This “invisible” retrofit smart lock lives up to its name

If you find today’s smart lock hardware unappealing, Level Lock would like to have a word. 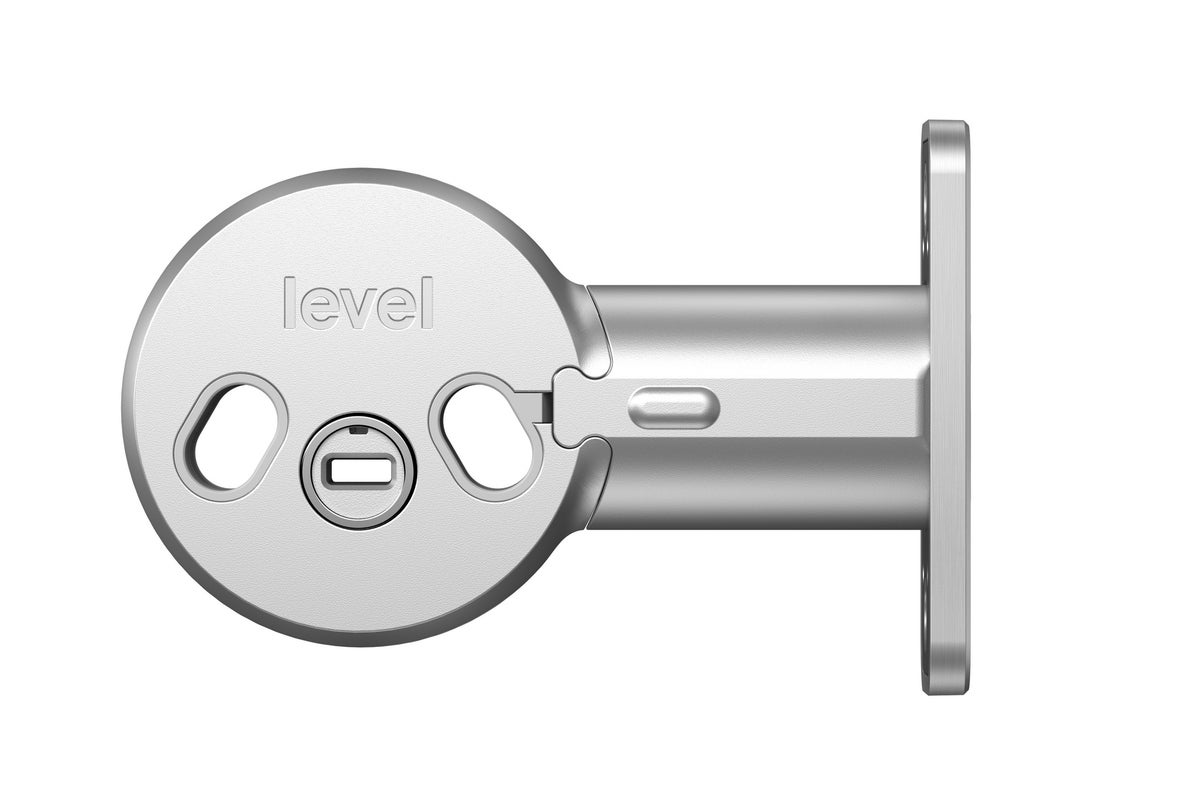 The smart locks that have preceded the Level Lock are ugly. All of them. Even the ones that try very hard not to be ugly. I mean, the August smart lock was developed in collaboration with Yves Behar’s upscale design company, and it looks like something that fell off a Cylon cruiser. And that’s pretty much the best the industry has been able to do. (Editor’s note: We haven’t had an opportunity to review the new August Wi-Fi smart lock, but its outward design doesn’t appear appreciably different.)

Well-aware of this reality, Level Lock surrendered. If smart locks will always be hideous, why not just get rid of the part you can see? And, well, they managed to do it. By truly becoming completely invisible, Level Lock is about to change the smart lock industry as we know it.

This review is part of TechHive’s coverage of the best smart locks, where you’ll find reviews of competing products, plus a buyer’s guide to the features you should consider when shopping.

How does Level Lock do this trick? By wedging the hardware completely inside the hole that’s cut out for your existing hardware. The Level replaces the interior deadbolt assembly, but you keep the exterior and interior escutcheons you already have, ensuring your door looks the same when you finish as when you started: no monstrous keypads, no giant chrome handles.

The Level Lock has zero impact on your front-door aesthetic, because the hardware installs solely inside the door.

Level was founded by mostly ex-Apple employees, and the Level Lock hardware certainly feels like something Steve Jobs would have made—although I can’t imagine he would have set his sights on anything as jejune as a doorknob. Unboxing reveals just two main parts, a deadbolt assembly and a circular motor unit. These are separate simply because there would be no other way to install them otherwise. After dismantling your old deadbolt, these two pieces slide easily into the door. A single screw binds them together before you reattach your old deadbolt escutcheon hardware on either side.

Much like most other retrofit lock hardware, you choose from three included adapters, depending on the shape of your tailpiece, so the motor will turn. As you screw everything back together, your deadbolt’s original bolts pass through two channels in the motor assembly, keeping everything nice and tight. With a little trial and error, it’s a quick and painless procedure, and when you’re done, everything looks just like it did before you started. The only hint that anything has changed can be found on the end of the bolt, where the Level logo is visible.

Level’s mobile app is quite straightforward, using Bluetooth and, if available, HomeKit to complete setup. I used HomeKit and the lock was quickly registered in the app and the iOS Home app. The app’s design is minimalist. Just tap and hold on the action panel to open or close the lock. Color coding here tells you the lock’s status: if the background is white, the lock is open. If black, it’s closed. An activity log tells you who came and went, and how they opened or closed the lock, but it’s limited to a mere 10 events. (Level is upping this to 30 events in an upcoming software revision, but it still seems awfully short.)

The two pieces of the Level Lock reside completely inside the door.

I had minimal trouble during setup, although the lock initially showed as “Jammed” occasionally. Once I discovered the calibration system in the app settings, this quickly resolved itself. I hope future versions of the app will automatically prompt users to run the calibration before they get too far along. The only other hiccup I had was in iOS. While I’d named my lock in the Level app, this didn’t copy over to the Home app, and I had to manually change the lock’s name from “Default Room lock_mechanism” to something more descriptive. After I did that, I could use Siri to open and close the lock via voice. Finally, geofencing is supposed to work via iOS Home, but after days of testing I still couldn’t get the lock to open automatically upon my arrival; this, however, is really an issue with iOS rather than with Level.

Otherwise, the Level app is quite streamlined, and aside from an auto-locking option (you can choose to automatically relock after 30 seconds, 1 minute, or 3 minutes), there’s not much else to it. New users can be invited to open the lock on either a 24/7 or time-limited basis, but since there’s no way to open the door with a PIN code, they’ll need to install the app in order to accept your invitation.

The Level Lock’s battery fits neatly inside the bolt, where most smart locks have battery packs that slide into their obtrusive interior estucheon.

Perhaps the most ingenious part of the Level Lock is its battery. If the mechanism is entirely internal, how does one replace it? The incredibly clever design secrets the battery inside the bolt. You just unscrew the end of the deadbolt to replace it: a single 3-volt CR2 cell that the company says should last about a year.

There only real concern with the lock, aside from the minor quibbles above, is that it must be purchased specifically to match the length of your backset. A standard deadbolt can be easily adjusted based on your door’s backset length (either 2-3/8 inches or 2-3/4 inches), but Level Lock cannot be. You need to buy up-front the version of the product (they’re the same price) that matches your backset length. Level’s CEO explained that an adjustable version is in the works, though I can imagine this will take more than a little engineering.

At $229, Level Lock sits alone at the top end of the price band for retrofit locks. The top-tier options from August, Kwikset Kevo, and Friday all come in around $200. Believe me, the extra outlay is worth it. Frankly, it’s the first smart lock I’d consider installing on a full-time basis in my own home.