The future of flight can be energy-efficient 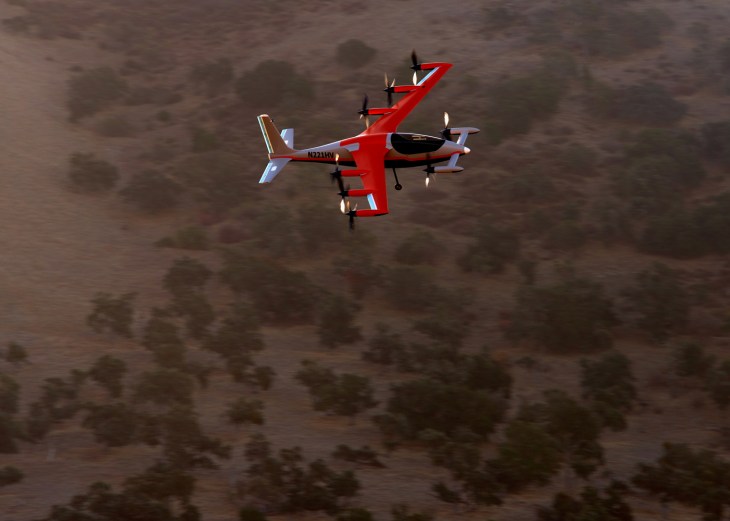 Vander LindContributor
Vander Lind is general manager for Heaviside at Kitty Hawk, a company whose mission is to free the world from traffic with eVTOL vehicles.

We are at the dawn of a new era in transportation.

At the turn of the 20th century, cars began to replace horses. Now, a century later, we would like to see mobility move to the sky. Kitty Hawk  has built several prototype vehicles that are electrically powered, take off and land vertically and fly in between like a fixed-wing plane. Collectively, these are called eVTOL (electric vertical takeoff and landing) aircraft.

Under the EPA’s standard freeway driving test, a 2020 Nissan Leaf Plus uses about 275 Watt-hours per mile when it averages 50 miles per hour. It can comfortably seat four, but its average occupancy is somewhere around 1.6. Thus, the Leaf’s energy consumption is about 171Wh per passenger mile across all trips.

Our current Heaviside prototype uses about 120Wh per passenger mile, and does so at twice the speed of the Leaf: 100 miles per hour (of course, we can fly much faster, if we choose). We can save another 15% of energy because while roads are not straight, flight paths usually are. All together, Heaviside requires 61% as much energy to go a mile.

Why is Heaviside this efficient — doesn’t it take more energy to go faster? Yes, and it makes the high efficiency we’ve achieved even more dramatic. The answer is that Heaviside can take advantage of slim and low-drag aerodynamic forms that are just not practical on cars.

The difference in drag between a clean, aerodynamic shape like the wing section below, and a bluff body like the cylinder, is vast. So vast in fact that the two shapes drawn will have about the same amount of drag.

The cylinder can be hard to see, it’s over here  ↑

What is probably less obvious is that clean shapes like wings must make lift when they are put at an angle to the wind. This is not just observation, but can be mathematically proven.

Car manufacturers put tremendous effort into designing shapes that minimize drag, but will not make lift or side force in wind, which would result in poor and squirrelly handling — remember the last time you drove over a bridge in high winds, or in the opposite direction of a large truck on a narrow country road. 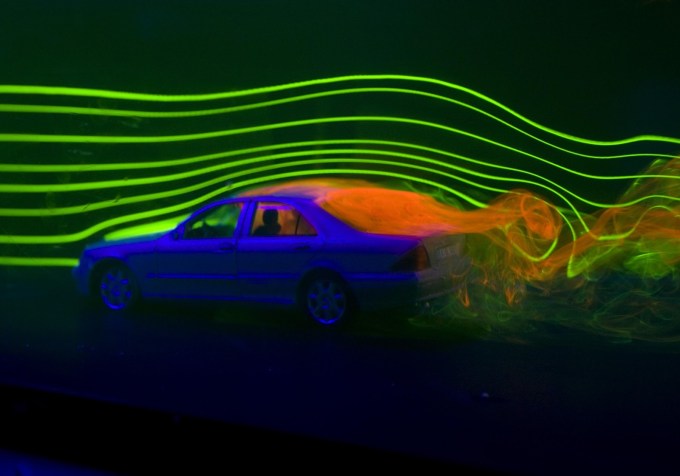 When a car drives by, it takes quite a bit of air along with it. 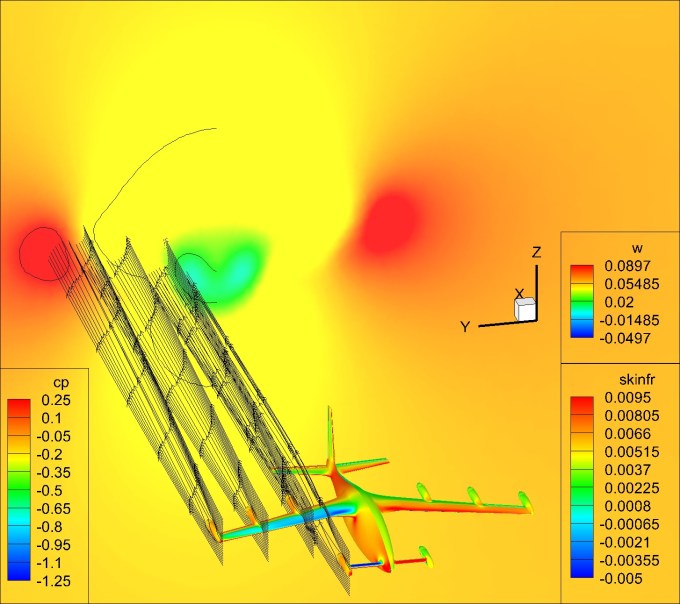 Project Heaviside, in contrast, leaves a small disturbance in the air it passes through.

So, Heaviside is quite energy-efficient. But what if people choose to travel farther when this option exists? What I find personally surprising about the ranges we have been able to achieve is that Heaviside is a vehicle that, because of the extremely low power consumption, is more efficient than a car traveling for an equal amount of time.

This leaves out the most important element of eVTOL aircraft, which is that they are fully electric, and the cars we would like to see them replace are nearly all gas and diesel-powered. While it may be a hard sell to convince the average consumer to switch to an electric car simply because of emissions, it is likely to be much easier to convince them to use a device that gives them time back.

To put this another way, if your commute is the U.S. average of 16 miles, and if you commuted in a Heaviside-type vehicle, three standard rooftop solar panels would power your commute both ways.

While we have a significant road ahead of us in developing and fielding our aircraft commercially, and we cannot be sure the final products will be as efficient as our prototypes, we are still very excited to demonstrate that efficiency and personal flight need not be at odds.