The i9-10900K’s numbers are better than Intel’s lackluster PR led us to expect. 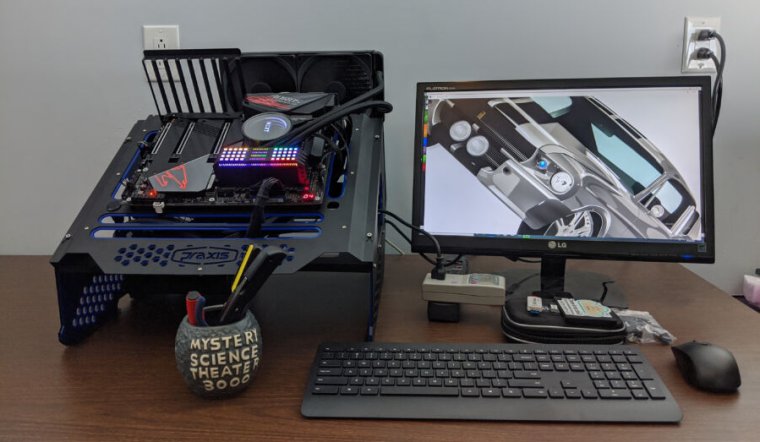 We finally got our grubby paws on the flagship SKU of Intel’s new Comet Lake desktop processors—the (sorta) 5.3GHz, (well over) 125W TDP i9-10900K. Intel’s extremely lackluster performance marketing led us to believe the processor would probably be little if any improvement over last year’s i9-9900K—but, happily, that’s not the case.

The more troubling thing for Team Blue is that it isn’t only competing with its own CPUs. Intel’s real competition isn’t itself, it’s AMD—and for now at least, the company is still struggling to keep its head above water. 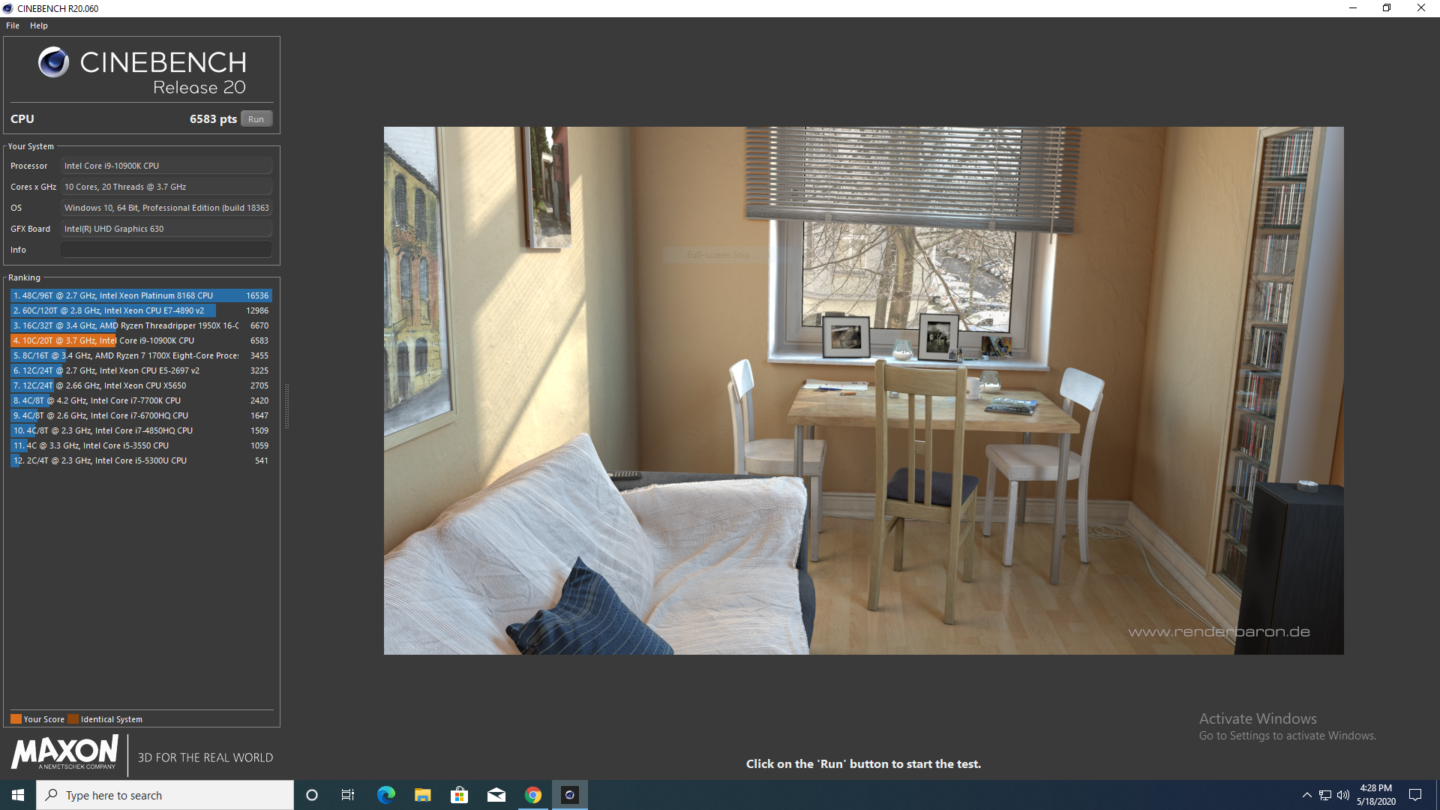 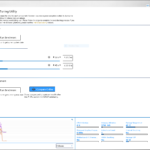 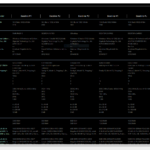 What we definitely did not expect, given Intel’s lackluster marketing around the chip, is how well it stacks up against its own predecessor. Although the version of the promised “up to 5.3GHz” that we saw was only 5.1GHz, the i9-10900K still represents a very healthy 34-percent generation-on-generation improvement versus last year’s i9-9900K in all-threaded Cinebench R20 testing. 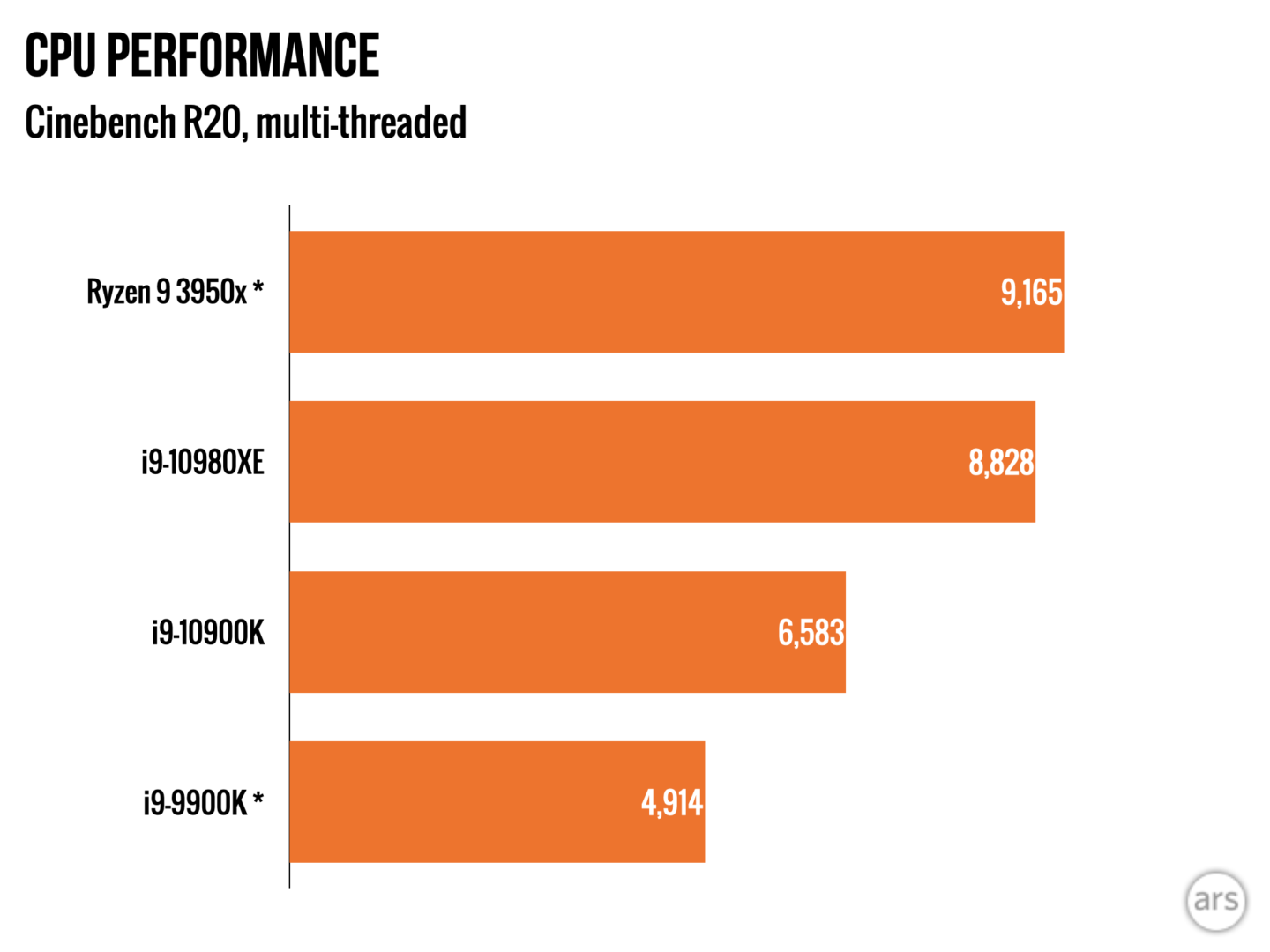 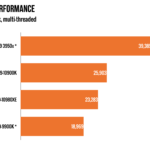 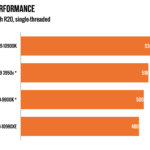 The comparison to Ryzen 9 3950X probably won’t surprise any Ars regulars—Intel gets its butt handed to it, and none too politely, in any multithreaded benchmark. On the other hand, Intel ekes out a win—albeit a very narrow one—on the single-threaded version of the Cinebench R20 workload.

There really isn’t much to choose from in single-threaded Cinebench, which—while a somewhat specific and narrow model—is probably the most appropriate general-purpose model for single-threaded gaming performance. If you want to take the single-threaded crown home, the i9-10900K is your processor. We’re just not at all certain it’s worth handwaving away a crushing disparity on multithreaded performance to take this one very narrow win.

About that clock speed

Passmark CPUinfo, HWinfo64, and Intel’s own XTU agreed on one thing—our i9-10900K never broke 5.12GHz on any core. This rate matches the expected single-core Turbo speed but falls short of the “up to” promises we saw for Turbo Boost Max and Thermal Velocity Boost—each of which were supposed to give us another 100MHz boost, for a total “up to” of 5.3GHz, for as long as thermal reality permitted it.

With an open-air rig paired with an NZXT Kraken fluid cooler and 280mm radiator, we don’t think many users will be doing better than we did on the thermal capacity. So we reached out to our Intel contacts. The Intel Performance Maximizer software isn’t available for the i9-10900K yet—but we shouldn’t have needed it. The Intel Extreme Tuning Utility (XTU) was available but unhelpful—any attempt to mess with the clock multiplier resulted in an immediately unstable system. Bumping the base clock rate cautiously increased the base speeds but did nothing to improve the maximum speed achieved, and it didn’t help our benchmark scores, either.

None of this is likely to matter much. Intel was willing to share its own internal Cinebench R20 test scores with us—ours were a little better than Intel’s on multithreaded, and they were a little worse than the company’s on single-threaded. We suspect the multithreaded win on our end is due to our NZXT Kraken cooler, and the single-threaded win on Intel’s is a luck-of-the-draw better individual CPU out of the bin. These things happen.

Also under the category of “these things happen”—the particular i9-10900K unit we got has a mildly defective UHD 630 integrated GPU. The system is entirely stable doing any normal task or while stress testing the absolute crap out of the CPU for hours on end—but roughly 10 minutes into any GPU stress-testing benchmark, the system locks up. We would like to emphasize that there’s no reason to assume a problem in the entire i9-10900 line because of this—flawed CPUs are fairly rare, but they do happen; if this were a retail purchase, it would have just gone back to Intel under warranty.

When it comes to heat generation and power consumption, the i9-10900K isn’t exactly parsimonious—but it’s no Threadripper, either. Our test system desktop-idled at 70W at the wall and maxed out at 336W during benchmarking. While this is at-the-wall power, it corresponds pretty well with what we expected—somewhere in the neighborhood of 270W+ at the CPU under full, sustained load.

This is, of course, noticeably higher than Intel’s specified 125W TDP—but by now we all know better than to think you’re going to get maximum performance out of an Intel CPU running at only its specified TDP, which is sufficient for all-core base clock only.

The good news is, although the i9-10900K drinks more power than either its i9-9900K predecessor or its closest competitor—Ryzen 9 3950X, with a 105W TDP and an all-core, full-power draw of roughly 145W—it’s still no Threadripper. The Kraken never had to go into leafblower mode to keep the i9-10900K cool—so, with the right cooler, it’s at least possible to comfortably share a small office with it.

The i9-10900K is on the high end of the “what we expected” range. It’s a very significant year-on-year improvement from last year’s i9-9900K, with—to our surprise—a larger all-cores than single-core performance increase.

Unfortunately, it still can’t compete well with its Team Red competition—AMD’s Ryzen 9 3950x came out first, consumes less power, drastically outperforms it in multithreaded workloads, and is only 3.0 percent slower on a single-threaded Cinebench R20 test.

If the i9-10900K were a drop-in replacement for earlier i7 and i9 rigs, its strong year-on-year performance boost might be worth saving the money on a new motherboard and just plopping the new CPU into an existing rig. Unfortunately, that’s not the case—even if you’re running an i9-9900K, you’re going to need a whole new motherboard for the i9-10900K, at a bare minimum—at which point, you might as well just go ahead and buy Ryzen.