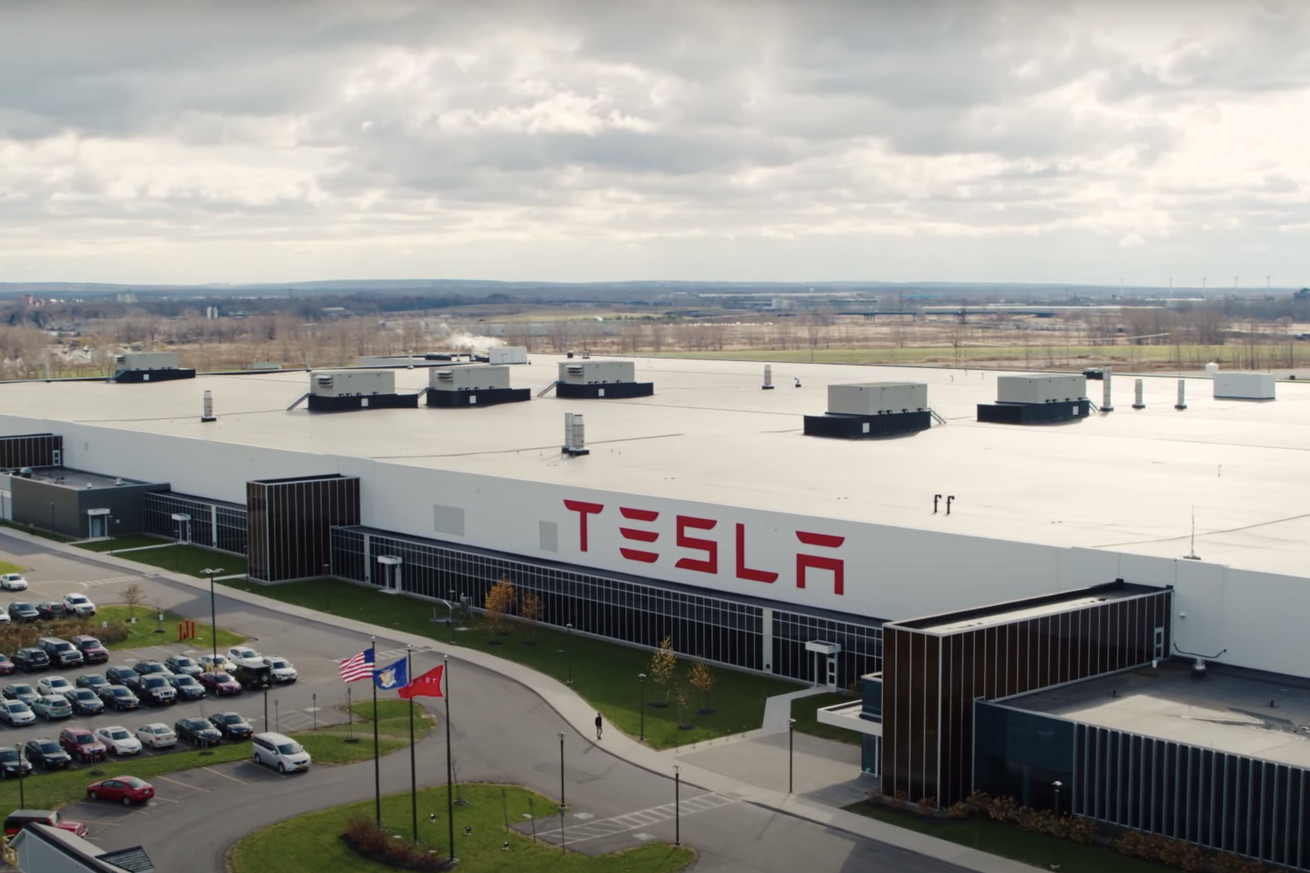 Panasonic is restarting production at Tesla’s Buffalo, New York solar panel factory this week after some businesses in the Western New York region have been given the green light to reopen, The Verge has learned. The factory has been idle for roughly two months.

“I decided to reopen the factory from Wednesday, 5/20,” Mark Shima, the president of Panasonic’s North American solar energy division, said in a Monday evening email to his 400 employees that was obtained by The Verge. The first two days will be spent doing equipment checks, he said, and “standard manufacturing” will start on Friday, May 22nd.

Panasonic has “completed preparations under close collaboration with Tesla, such as preparation of masks, sanitizers and wipes, set new protocol for entrance, new rules in cafeteria and production floor, new seat assignment in the office area in order to keep 6’ to the next person,” Shima wrote. Employees will also have to go through a pandemic safety training before their first shift, according to the email.

Panasonic prepared to reopen “under close collaboration with Tesla.”

It’s not clear whether Tesla, which employs more than 1,000 people at the factory, is also restarting production there after having already resumed battery production in Nevada and vehicle manufacturing in California. Multiple spokespeople for the company did not respond to requests for comment on Tuesday.

Panasonic originally planned to bring its employees back on May 16th, but had to delay restarting its production lines because the Western New York region did not initially meet all of New York Governor Andrew Cuomo’s criteria for reopening, as The Verge first reported last week. Production at the factory has been halted since mid-March, and one of Panasonic’s factory workers tested positive for COVID-19 shortly after the shutdown — the fourth known employee at one of Tesla’s US facilities to test positive at the time.

Panasonic announced plans to end its involvement at the Buffalo factory earlier this year. The company told most of its employees that they would only be needed through the end of May, with some being needed through the beginning of June. But since the shutdown robbed the company of two months of production, Shima told employees that Panasonic will now operate in the factory until the end of June. The company is supposed to fully exit the factory in September.

The Buffalo factory is where Tesla also makes its “Solar Roof” product, which squeezes solar panel-style technology into individual roof tiles. Musk recently said that Tesla was “gaining momentum with Solar Roof before COVID essentially shut us down, both from the ability to install and the ability to get permits.” Musk had also said Tesla might use the Buffalo factory to manufacture ventilators for COVID-19 patients, but it’s unclear if Tesla ever made any. The company instead sourced some from places like China and sent them to places in need.

Panasonic is leaving the factory later this year, but still has overseas orders to fill

After news of Panasonic and Tesla’s breakup surfaced in February, it was discovered that Tesla has been using solar cells from a Chinese company in those Solar Roof tiles, and that Panasonic started exporting the products it makes at the Buffalo factory. Panasonic still has some of these overseas orders left to fill, according to the email, which is why the company is extending manufacturing for another month.

Tesla has also resumed making cars at its third US factory in California. CEO Elon Musk has repeatedly railed against the stay-home orders that caused his company’s factories to shut down, calling them “unconstitutional” and “fascist.” In an email to employees last week, Shima said Panasonic will “always follow the laws and official direction from State and local government, even if those are different from our intention for PSNA’s business activities.”