That’s the mission of the Nairobi based startup that raised $6 million in Series A funding led by Anthemis.

Founded in 2016, Apollo Agriculture offers a mobile based product suit for farmers that includes working capital, data analysis for higher crop yields, and options to purchase key inputs and equipment.

“It’s everything a farmer needs to succeed. It’s the seeds and fertilizer they need to plant, the advice they need to manage that product over the course of the season. The insurance they need to protect themselves in case of a bad year…and then ultimately, the financing,” Apollo  Agriculture CEO Eli Pollak told TechCrunch on a call.

Apollo’s addressable market includes the many smallholder farmers across Kenya’s population of 53 million. The problem it’s helping them solve is a lack of access to the tech and resources to achieve better results on their plots.

The startup has engineered its own app, platform and outreach program to connect with Kenya’s farmers. Apollo uses M-Pesa mobile money, machine learning and satellite data to guide the credit and products it offers them.

The company — which was a TechCrunch Startup Battlefield Africa 2018 finalist — has served over 40,000 farmers since inception, with 25,000 of those paying relationships coming in 2020, according to Pollak. 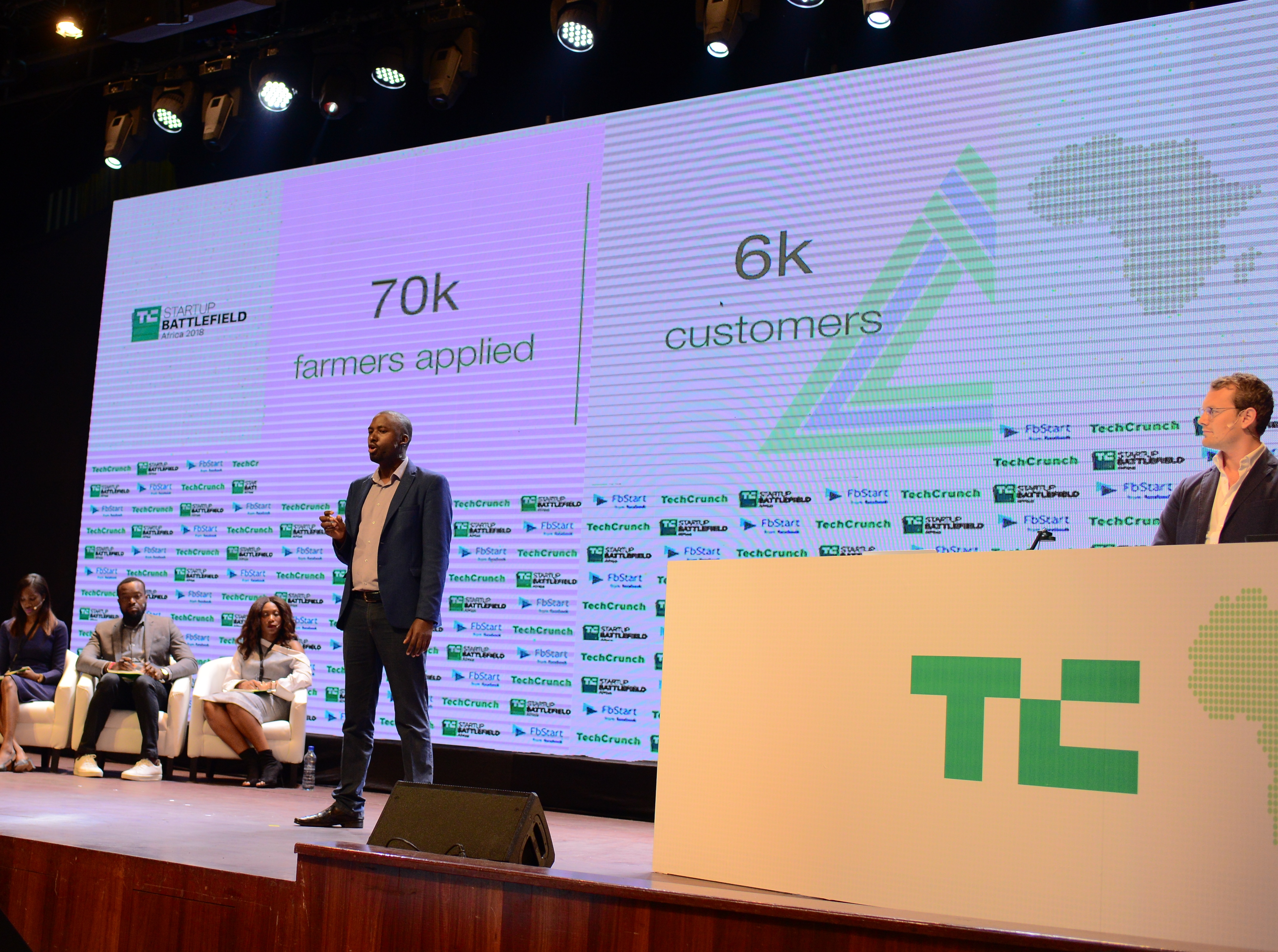 Apollo Agriculture generates revenues on the sale of farm products and earning margins on financing. “The farm pays a fixed price for the package, which comes due at harvest…that includes everything and there’s no hidden fees,” said Pollak.

On deploying the $6 million in Series A financing, “It’s really about continuing to invest in growth. We feel like we’ve got a great product. We’ve got great reviews by customers and want to just keep scaling it,” he said. That means hiring, investing in Apollo’s tech, and growing the startup’s sales and marketing efforts.

“Number two is really strengthening our balance sheet to be able to continue raising the working capital that we need to lend to customers,” Pollak said.

For the moment, expansion in Africa beyond Kenya is in the cards but not in the near-term. “That’s absolutely on the roadmap,” said Pollak. “But like all businesses, everything is a bit in flux right now. So some of our plans for immediate expansion are on a temporary pause as we wait to see things shake out with with COVID.”

Apollo Agriculture’s drive to boost the output and earnings of Africa’s smallholder farmers is born out of the common interests of its co-founders.

Pollak is an American who who studied engineering at Stanford University  and went to work in agronomy in the U.S. with The Climate Corporation. “That was how I got excited about Apollo. I would look at other markets and say “wow, they’re farming 20% more acres of maize, or corn across Africa but farmers are producing dramatically less than U.S. farmers,” said Pollak.

Pollak’s colleague, Benjamin Njenga, found inspiration in his experience in his upbringing. “I grew up on a farm in a Kenyan village. My mother, a smallholder farmer, used to plant with low quality seeds and no fertilizer and harvested only five bags per acre each year,” he told the audience at Startup Battlefield in Africa in Lagos in 2018.

“We knew if she’d used fertilizer and hybrid seeds her production would double, making it easier to pay my school fees.” Njenga went on to explain that she couldn’t access the credit to buy those tools, which prompted the motivation for Apollo Agriculture.

Anthemis Exponential Ventures’ Vica Manos confirmed its lead on Apollo’s latest raise. The UK based VC firm — which invests mostly in the Europe and the U.S. — has also backed South African fintech company Jumo and will continue to consider investments in African startups, Manos told TechCrunch.

While agriculture is the leading employer in Africa, it hasn’t attracted the same attention from venture firms or founders as fintech, logistics, or e-commerce. The continent’s agtech startups lagged those sectors in investment, according to Disrupt Africa and WeeTracker’s 2019 funding reports.

Some notable agtech ventures that have gained VC include Nigeria’s Farmcrowdy, Hello Tractor — which has partnered with IBM — and Twiga Foods, a Goldman backed B2B agriculture supply chain startup based in Nairobi.

On whether Apollo Agriculture sees Twiga as a competitor, CEO Eli Pollak suggested collaboration. “Twiga could be a company that in the future we could potential partner with,” he said.

“We’re partnering with farmers to produce lots of high quality crops, and they could potentially be a great partner in helping those farmers access stable prices for those…yields.”