A unified theory of Disney music

Animated Disney movies are known for their incredible music, but not until the heroic Twitter-threaded efforts of Justin McElroy (a reporter for CBC Vancouver, not to be confused with Justin “Hoops” McElroy of the McElroy Family media empire) has there been a unified classification of every song. What follows is a compressive breakdown of all 18 categories, complete with taxonomy, defining characteristics, and even a periodic table of animated Disney songs.

me: in the history of disney animated movies there have been exactly 18 types of songs, and i’m going to tell you about each of them

15K people are talking about this

As McElroy explains, while there are 18 possible types of songs, some elements are core to the entire canon. For example, the “This Is The Movie” song (a category that includes “Circle of Life,” “Beauty and the Beast,” “The Gospel Truth,” and “The Bells of Notre Dame”) and the “I Want” song (“Part of Your World,” “Go the Distance,” “Out There,” “Reflection”) appear in a whopping 26 movies each.

Another three categories — the “I’m the Villain,” “We Should Bone,” and “Cheer Up, Kid” songs — are also said to be core elements of great Disney movies, and they pop up frequently as well.

– It is sung by the main character (exception: the Frozens, Ralph Breaks the Internet)
– It is a monologue, sung alone — or to animals! — expressing their greatest desires 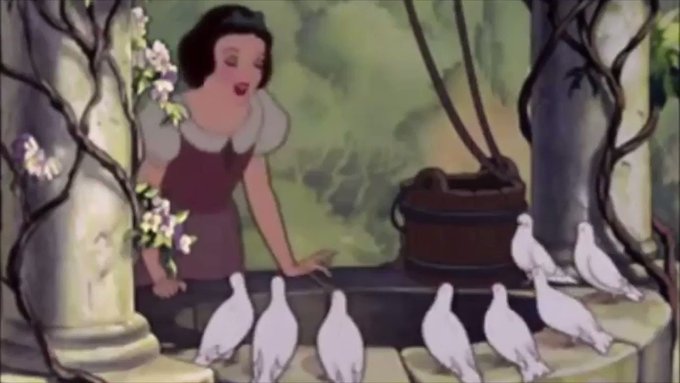 151 people are talking about this

McElroy doesn’t just list the categories, though. He gives common defining elements, like which character tends to sing each type of song, where it appears in the film, and he even offers a video montage of all the songs that fall into the grouping.

Following those essential five groups are five categories of secondary importance to the canon: “Here’s My Deal,” “Here’s Our Deal,” “Here’s Their Deal,” “Things will be OK,” and “It’s Dancing Time.” These tend to feature songs that are still extremely common in Disney films and are part of the more memorable scenes and memories people have of the film but are less key to the conceit than the core five songs.

Lastly, there’s the outliers: eight categories that pop up occasionally, like the “Montage” group (which McElroy is oddly harsh on), “The Drug Song,” and the “We Won!” song. It’s in this bottom tier that McElroy also includes the “Problematic” group, which is exclusively filled with songs that have not aged well.

Rounding it all out is the Disney Songbook Table of Elements, which provides a simple, at-a-glance reference chart for quickly looking up a song. (And you’ll probably want to do that after reading this post, given that any number of Disney songs are likely stuck in your head for the rest of the day now.)