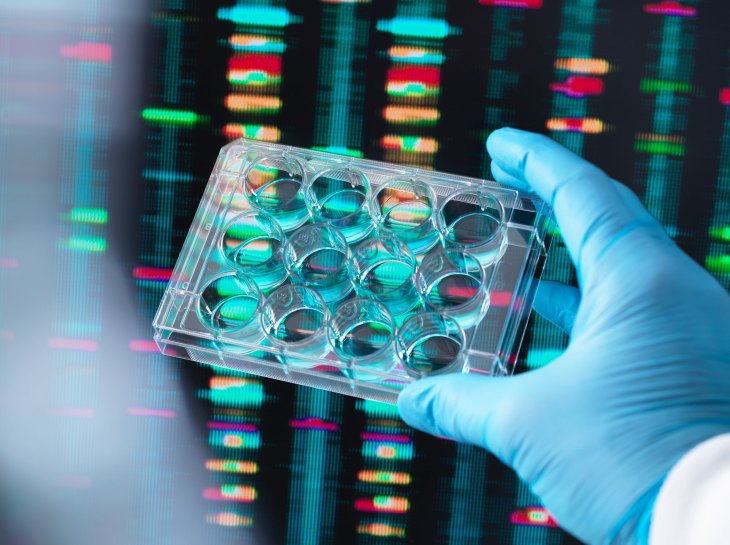 Boasting a technology that can dramatically increase the capacity of existing polymerase chain reaction (PCR) testing used to identify people infected with COVID-19 and other illnesses, ChromaCode has attracted new funding from Bill Gates-backed Adjuvant Capital.

“We want a good solution for a resource-limited environment,” says ChromaCode founder and executive chairman Alex Dickinson, a serial entrepreneur who has worked with Caltech researchers spinning out companies since the early 2000s.

The technology was based on research conducted by California Institute of Technology graduate student Aditya Rajagopal. A former researcher at Google[x]  working on novel medical imaging methods, Rajagopal is the inventor of HDPCR, the tech at the heart of ChromaCode’s product.

With the help of Dickinson, Rajagopal spun out the technology he’d developed to form ChromaCode in 2012, according to Crunchbase, and raised its initial capital to develop a diagnostic tool that could use algorithms and new sensing technologies to increase the number of targets that can be analyzed by traditional PCR analysis.

The polymerase chain reaction tests were invented in 1985 by Kary Mullis, who was working as a chemist at the Cetus Corp., and use copies of very small amounts of DNA sequences that are amplified in a series of cycles of temperature changes. It’s one of the foundations of genetic analysis.

While traditional PCR testing relies on differentiation of targets by color, the HDPCR technology developed by ChromaCode’s co-founder uses signal intensity to identify multiple different targets and signify them as curve signatures encoded into a single color channel. Think of the technology as using color gradients to identify multiple targets in a test instead of just one color.

For COVID-19 specifically, the use of ChromaCode’s technology could expand available testing capacity threefold, the company said.

“Right now the basic test looks at three different things,” said Dickinson. “These machines have wells and they can do 96 tests at a time. The challenge is that you would typically use three of those wells for each test. We let them do all of the test in one well, which would give you a three times multiple.”

That means instead of testing 32 individuals using existing PCR equipment, labs would be able to perform 96 tests at a time.

Even more significant is the ability for ChromaCode’s technology to identify other illnesses alongside COVID-19. “What we’re planning for is the fall when we will be taking the existing COVID test and layering in flu and other diseases,” says Dickinson.

The ability to test for multiple pathogens has important implications for the ability to adequately test, track and trace the spread of the disease in the low and medium income countries that are now undergoing their own outbreaks. “The problem in Africa is that someone has a fever and it might be COVID or that might be Dengue fever,” said Dickinson. Using ChromaCode’s technology, diagnosticians and physicians can tell the difference without having to use new machines.

It’s the ability to work on existing technology that sets ChromaCode apart from competitors like BioFire Diagnostics and Cepheid, according to Dickinson and his co-founder Greg Gosch.

“The supply chain on the tests will continue to be strained so people will be looking for more efficient mechanisms,” said Gosch.

Adjuvant Capital,  the investment fund spun out from a collaboration between the Gates Foundation and JP Morgan Chase,  had already identified ChromaCode as a potential investment target well before the pandemic hit, according to managing partner Jenny Yip.

The investment firm began speaking with ChromaCode in the summer of 2019, and was drawn to the company for its ability to expand testing capacity well before the COVID-19 outbreak brought the problems of adequate testing into stark relief.

“From a global health perspective, ChromaCode’s technology ability to be installed in the existing technology base is very powerful,” said Yip. Given the low resource base in some of the countries where testing is needed the most, requiring the installation of an entirely new suite of hardware and software tools is untenable — let alone developing a supply chain that can service and maintain the technology.

The lack of adequate testing in the United States remains the biggest obstacle to safely fully re-starting the country’s economy and ensuring that any future outbreaks of the disease can be managed successfully, according to experts.

“Testing is your first fundamental step in a plan to keep infected people from susceptible people,” Ashish Jha, the K. T. Li Professor of Global Health at Harvard and the director of the Harvard Global Health Institute, told The Atlantic.

“There’s a strong sense that the White House knows the amount of testing we need is far more than we have right now,” he said. “It is really stunning and disappointing.”