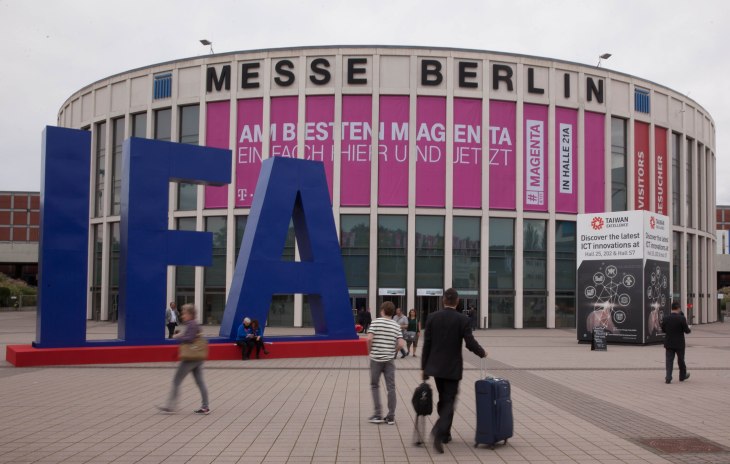 After months of news about large-scale event cancelations, Berlin-based mega-conference IFA announced today that it will go ahead with a planned in-person event, from September 3 to 5. With the future of the COVID-19 pandemic still uncertain around the world, the show will come with some major caveats.

For starters, the show, which traditionally takes over Berlin’s Messe conference center, will be broken up into four distinct events. Those include: IFA NEXT meets IFA SHIFT Mobility, IFA Global Markets and IFA Business, Retail & Meeting Lounges. A fourth event, the Virtual IFA Experience, will be held online, in keeping with most of the rest of the conference world.

Each event will be limited to 1,000 attendees per day. “While the organizers hope that the overall public health situation will improve between now and September,” organizers write, “they have decided to err on the side of caution and meet the strictest safety standards possible.”

The limited scope of the show is a step in the right direction, as are the increased on-site sanitation measures, but holding such a large gathering in the late-Summer is perhaps not the “side of caution” relative to the difficult decisions being made by the rest of the industry at this point in time. IFA, which is relatively unique in being open to the public, will now be invite-only. That includes 800 journalist, which will comprise the lion’s share of attendees.

Germany is currently number eight on the list of COVID-19 deaths, at just over 8,000. In spite of a recent ease on shutdown restrictions, Berlin has been hit with a wave of protesters demanding an end to a government enforced lockdown in recent weeks. According to The New York Times, more than 10,000 people have joined in protests across the country.

If it goes ahead as planned, IFA  will be one of the first major tech shows to be held in-person since CES in January. Today, notably, was set to be the first day of Build, an event that Microsoft moved online, in keeping with moves of much of the rest of the industry.