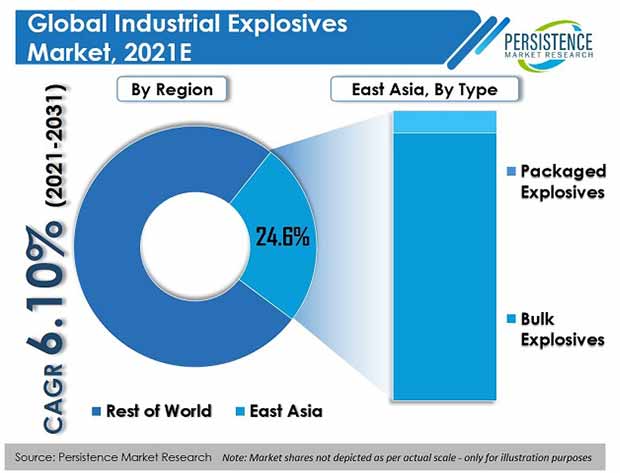 Rising urbanization has catapulted the use of coal-fired power generation. Quarrying activities from all corners of the world are also resuming at a steady pace. Technological advancements are facilitating the resurgence of global mining industry. Factors such as these and many more are instrumenting the growth in global demand for industrial explosives. A recent report published by Persistence Market Research estimates that in 2016, more than US$ 9 billion worth of industrial explosives were sold in the world. In the course of next eight years, the global market for industrial explosives is anticipated to grow steadily at 5.6% CAGR and reach US$ 14.58 billion value.

North America’s industrial explosives is likely to lose traction over the course of forecast period, and will be valued at US$ 3 billion by 2024-end. US-based Autsin Power Holdings Company continues to contribute to global market revenues by offering accessories for carrying out industrial explosions in quarrying and mining.