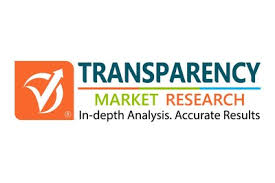 According to a new market report published by Transparency Market Research “Automotive Fuel Rail Market– Global Industry Analysis, Size, Share, Growth, Trends, and Forecast, 2018–2026”, the global automotive fuel rail market is expected to surpass the US$ 5 Bn mark by 2026 and expand at a CAGR of more than 2% during the forecast period.

As per the new market research report published by Transparency Market Research, the global automotive fuel rail market is expected to expand at CAGR of more than 2% during the forecast period. The market is primarily driven by the consistently increasing demand for passenger and light commercial vehicles from Asia Pacific and Latin America. Moreover, a key driver of the automotive fuel rail market is the increased demand for electric vehicles, especially for hybrid electric and plug-in hybrid electric vehicles.

In case of a fuel rail, material selection is a factor of prime importance. The material must possess properties such as formability, heat conductivity, corrosion resistance, and strength. Considering all these parameters, steel is highly preferred by manufacturers. The steel segment of the automotive fuel rail market accounted for a major share of the market, in terms of revenue, in 2017. The segment is expected to expand at a CAGR more than 2% between 2018 and 2026.

There are different types of engines that are tested for an automobile. Among all, inline engines are highly popular, and they hold a major share of the automotive market. Most vehicle manufacturers prefer an inline engine owing to its simplicity and cost-effectiveness. Therefore, the inline engine segment of the automotive fuel rail market accounted for 88% share of total market, in terms of revenue, generated in 2017. The segment is anticipated to expand at a CAGR of more than 2% during the forecast period.

North America has a significant number of commercial vehicles. A large mining industry coupled with consistently expanding construction and agriculture industries are fueling the demand for commercial vehicles across North America. Asia Pacific is largest region, globally, and accounts for more than 50% of world’s population. Therefore, the region comprises a considerable number of vehicles. In terms of revenue, Asia Pacific accounts for a prominent share of the global automotive fuel rail market. The market in the region is projected to expand at a CAGR of 3.06% during the forecast period.