Modern Day Slavery Reaches a Far Corner of the World 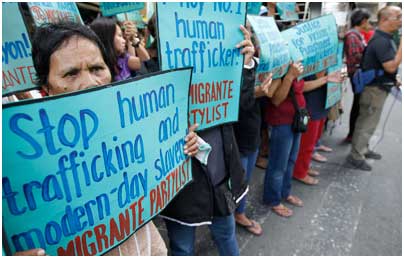 UNITED NATIONS, Apr 1 2020 (IPS) – The deadly, fast-spreading coronavirus which upended three key UN conferences—on the empowerment of women, on nuclear disarmament and on indigenous rights—claimed another casualty last week when a commemorative meeting on the transatlantic slave trade was postponed.

A visibly disappointed president of the 193-member General Assembly, Tijjani Muhammad-Bande of Nigeria, said the postponement of the commemorative event was “regrettable” and was “the result of the continuing evolution of the COVID-19 pandemic.”

The widespread pandemic, he pointed out, reinforces the fact that “we have a duty to open our minds to the lived experiences of others”: the 15 million Africans who were forcibly removed from their homelands and subjected to “heinous cruelty and robbed of their dignity, freedom, and identities”.

“The onus is upon every Member State to eradicate trafficking, forced labour, servitude and slavery. None of us will be truly free whilst these people suffer”, he noted.

UN Secretary-General Antonio Guterres, who is desperately trying to keep the world body functioning despite a forced shutdown, warned that the transatlantic slave trade was “one of the biggest crimes in the history of mankind.”

“And we continue to live in its shadow,” he said, even as modern-day slavery has raised its ugly head in a far corner of the world, involving a Samoan-born chief who was found guilty of more than 20 charges of dealing in slaves and human trafficking in New Zealand.

According to a March 17 British Broadcasting Corporation (BBC) report, Joseph Auga Matamata, 65, was convicted of offences over a 25-year period.

His victims, all of them Samoan, were “too scared to alert the authorities because of his status as a matai or chief.”

Each of the 13 slavery charges on which he was convicted carries a maximum penalty of 14 years in prison. “It is the first time someone has been charged with both slavery and human trafficking in New Zealand”, BBC said.

Matamata faces up to 20 years in jail or a fine of nearly $300,000 for the human-trafficking convictions. Sentencing will take place on 6 May, BBC reported.

Formerly known as Western Samoa, the South Pacific island nation was governed by New Zealand until its independence in 1962. 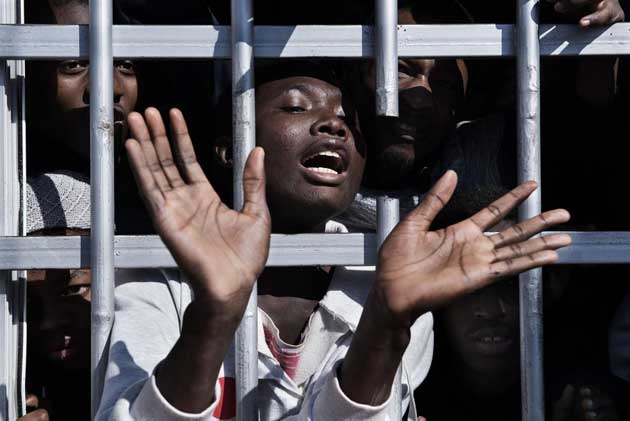 Karolin Seitz, Director of Global Policy Forum’s Business and Human Rights Programme, based in Bonn, told IPS it should be welcomed that with this decision, New Zealand is showing its engagement in the fight against modern-day slavery.

In many other countries, however, and especially in transnational cases of human rights violations by companies, high barriers to access to justice remain. Improvements in effective legal measure for people affected are overdue globally, she said.

“The current negotiations in the UN Human Rights Council on a legally binding treaty on business and human rights are an important step towards achieving this aim”.

While several elements still need clarification and improvement, she pointed out, the revised draft of such a treaty puts an important focus on the rights of the victims and access to remedy and justice in cases of human rights violations by companies.

“If New Zealand wants to show its real commitment to ending slavery and human trafficking globally, it should constructively support the formulation of an international treaty and finally participate in the upcoming negotiations in October 2020,” said Seitz.

After an exhaustive study of modern-day slavery, the Geneva-based International Labour Organization (ILO) concluded there are over 40 million people who are victims of slavery, including 25 million in forced labour and 15 million in forced marriages – with at least 71 percent of them comprising women and girls.

Tsitsi Matekaire, a Global Lead for Equality Now’s End Sex Trafficking programme, told IPS it is commendable that the New Zealand government has secured a conviction in this case.

Governments must also ensure that victims are properly supported to rebuild their lives after their traumatic experiences. “We hope that a strong support system has been put in place in this instance for the 13 Samoan victims,” she added.

“Human trafficking is a serious crime and a grave violation of human rights”.

Every year, she pointed out, many thousands of vulnerable people fall prey to traffickers and are trafficked and exploited in both their own countries and abroad. Nations across the world are affected by human trafficking, whether as a country of origin, transit or destination for victims.

“Intersecting inequality, discrimination, and abuse of power are root causes of human trafficking and exploitation,” said Matekaire, a former Program Manager at Womankind Worldwide providing program and advocacy support to women’s rights organizations in Ethiopia, Uganda and Zimbabwe on ending violence against women, and promoting women’s civil and political participation

She said these factors lead to marginalization and poverty for certain groups of people and increase their vulnerability to human trafficking.

“Women and girls are disproportionately disadvantaged by inequality, poverty, and discrimination, and account for the majority of victims of human trafficking globally”

A key driver for human trafficking, she argued, is the huge profits that traffickers and others in the exploitation chain make. Considered the world’s fastest growing criminal enterprise, the ILO estimates that human trafficking generates annual profits of 150 billion dollars a year.

Prosecution of exploiters should be a key priority for all governments. It is vital that perpetrators are punished appropriately for their actions and prevented from committing further harm, she noted.

This also sends a strong message to society that human trafficking and exploitation are intolerable and perpetrators will be held fully to account. In parallel to this, authorities need to ensure victims receive both the justice and support they deserve, and this is provided in a timely fashion, she added.

“It is commendable that the New Zealand government has secured a conviction in this case. Governments must also ensure that victims are properly supported to rebuild their lives after their traumatic experiences. We hope that a strong support system has been put in place– in this instance for the 13 Samoan victims,” Matekaire declared.