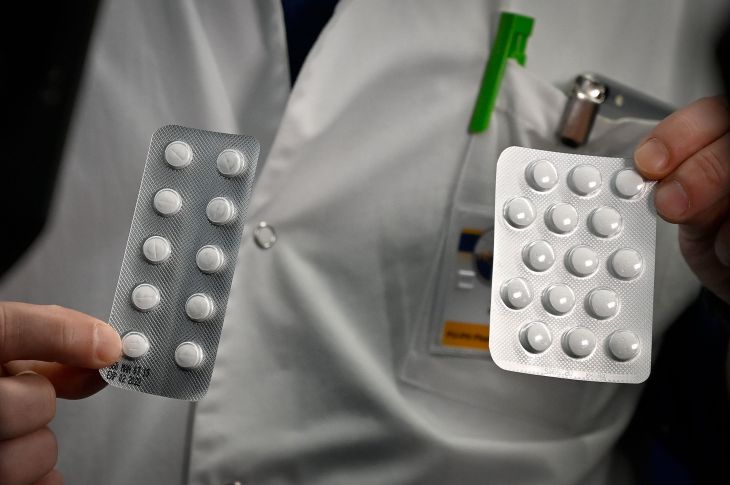 In a prime example of why President Trump shouldn’t be endorsing any unproven potential treatments for the novel coronavirus behind the current global pandemic, a new small-scale study by researchers in China indicates that the antimalarial drug hydroxychloroquine actually isn’t any more effective than standard, existing best practice for conventional care of patients with the virus.

The study, which included 30 patients with a control of 15 who received no treatment, with the other half being treated with hydroxychloroquine, showed that there was a statistically insignificant difference in the number of patients who tested negative for the drug after a week. During the study, those who received conventional treatment were provided anti-virals that are currently recommended for use in China, including Iopinavir and ritonavir. After a week, 13 of the 15 control patients showed no sign of the virus, while 14 of the 15 who were treated with hydroxychloroquine showed the same.

An earlier small-scale study of 30 patients by French researchers published last week had shown indication that hydroxychloroquine used alone was effective in reducing the duration and severity of COVID-19, while using it in combination with an antibiotic called azithromycin increased its effectiveness. The study has been criticized by some for its methods – which is the entire purpose of scientific study and medical research, wherein people submit their studies for peer review prior to publication, and then other researchers challenge their assumptions, results and findings.

Trump is obviously not a scientist or medical professional, and yet he has been touting the efficacy of hydroxychloroquine and chloroquine during the White House’s daily coronavirus task force press briefings, and on Twitter, including when he called for them to be “put in use IMMEDIATELY” on March 21. The drug can be lethal in doses that exceed physician’s guidance, however, and a Phoenix-area couple subsequently self-medicated with a form of chloroquine used for cleaning aquariums, citing the President’s information about it as the cause of their decision to take it.

White House task force member Dr. Anthony Fauci has attempted to dissuade anyone from reading too much into what amount to scattered and early scientific research results, but Fauci seems to be falling out of favor with Trump and has not appeared on recent task force briefings.

The bottom line is that all of these potential treatments require, as Fauci has said, proper large-scale clinical trials before any definitive statements can be made about their efficacy against the coronavirus one way or the other. Relying on small scale investigations means that you will see variances in results, which is why you do large-scale testing with proper controls to arrive at more consistent and verifiable research.

Medical professionals around the world are working tirelessly to research various forms of treatment, and to launch exactly these kinds of clinical trials, but they will take time to produce results – and then corroborating research will need to be conducted to show that their results are repeatable and reliable. Meanwhile, treatment using unproven methods will continue due to the severe and life-threatening nature of this disease, which has encouraged the FDA to allow case-by-case use of methods without formal approval on compassionate and investigatory grounds. That said, no one (least of all the President) should be pointing to these as proven solutions before public health agencies have actually done the work to certify them as such.