Twenty years ago the gaming giants were advertising online toxicity as a feature, not a bug 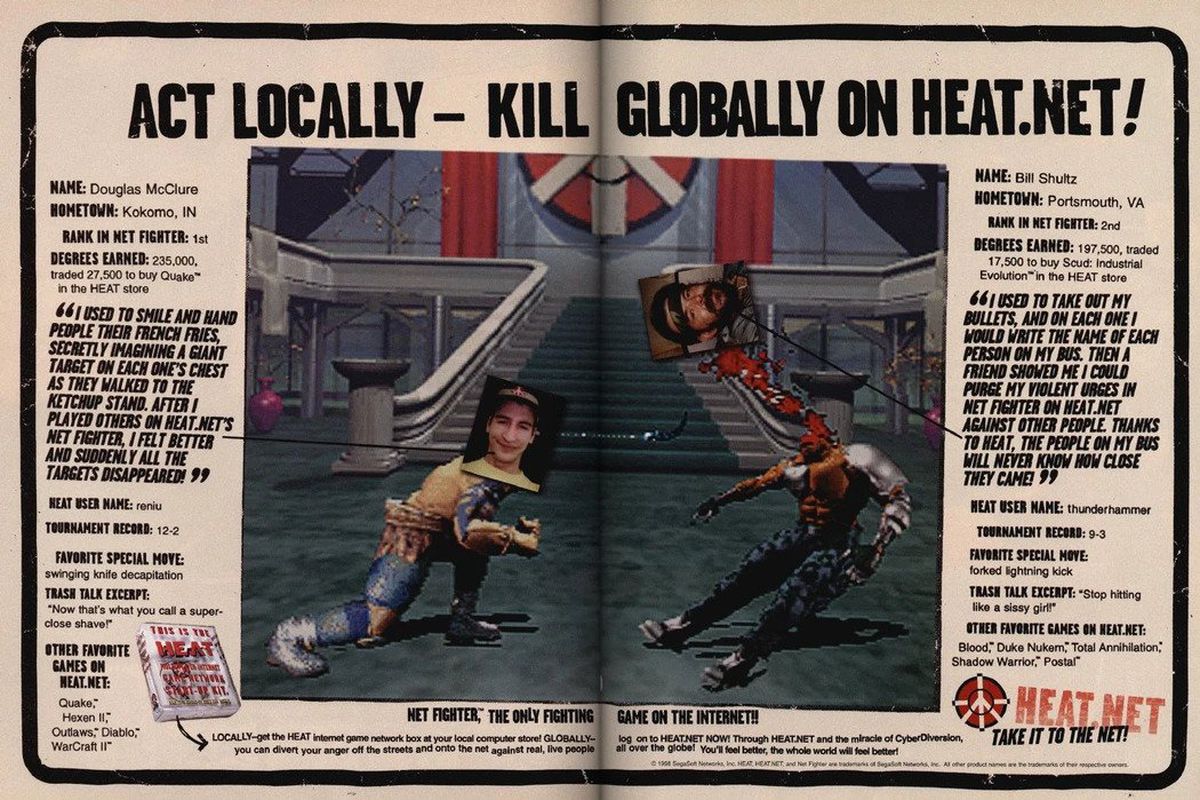 As an entertainment industry, gaming isn’t that old — it’s been around since the ‘70s, which makes it a baby compared to radio, film, and maybe even television. The story of most of that history has been one of technological progress; games today look very different than they did in the days of Pong.

Since Gamergate, however, the narrative has changed: there’s a new and growing awareness of a toxicity that’s been embedded seemingly in gaming itself. That has occasioned a reckoning of sorts, with people who care about games — playing them, making them — now thinking critically about the foibles of the industry that made them.

Writing in Vice today, Jess Morrissette, a professor at Marshall University, chronicled one of those industry-wide lapses: the weirdly toxic marketing from industry giants like Sega, which Morrissette concludes might have itself given rise to the latent toxicity in online gaming. (It’s an excellent companion piece to reporter Tracey Lien’s 2013 feature in Polygon on how gendered marketing created the stereotype that gaming was for boys.) Here’s Morrissette:

Companies like Microsoft and Sony frequently marketed toxicity as a key selling point for their new online gaming platforms. This is a puzzling strategy from the vantage point of 2020, a time when toxicity is practically synonymous with online gaming and too often spills over into real-world harassment.

Morrissette gives a ton of examples in his piece — it’s full of lightly horrifying ad copy (which of course includes that one Daikatana ad) and the weird assumptions game companies made about their consumers. Of course, like any bit of collectively forgotten history, it wasn’t all toxic; there were pockets of light. “Ads for online platforms that predated the modern internet — services like CompuServe and Prodigy — emphasized the potential of these technologies to bring people together as opposed to presenting them as platforms to trash talk strangers anonymously,” Morrissette writes.

For me, the strangest thing about reading Morrissette’s piece was realizing I was squarely in the demographic these ads were targeting as they came out, and realizing that I, too, had mostly forgotten them. They went down the memory hole. I can’t help but wonder how they might have shaped my own assumptions about what was possible in games, a medium I love — it’s hard to account for how much of your perception of the way things are is shaped by the overarching culture of a time and its marketing.

SINCE GAMERGATE, HOWEVER, THE NARRATIVE HAS CHANGED

As Morrissette points out near the end, things eventually changed. The new millennium brought new consoles — namely the Xbox 360 and the Playstation 3 — and the companies that promoted being an asshole in their ads changed their strategy for reaching potential players.

“Of course, by that point, ill-mannered 12-year-olds yelling sexist, racist, and homophobic threats at rivals during online play had already attained meme status,” Morrissette writes. “In turn, when the Xbox 360 launched, Xbox Live ads were reminiscent of a bygone era: ‘Distance tears friends apart. Xbox Live brings them together.’ Similarly, marketing for the PlayStation Network would eventually focus on themes of bringing gamers together, downplaying trash talk and harassment as value propositions.”

Now that we’re all quarantined together it’s hard not to think about what might have been had the gaming industry thought a little bit more about its games’ audiences. Because even though everyone’s playing them now, I think we could have gotten there a little sooner.