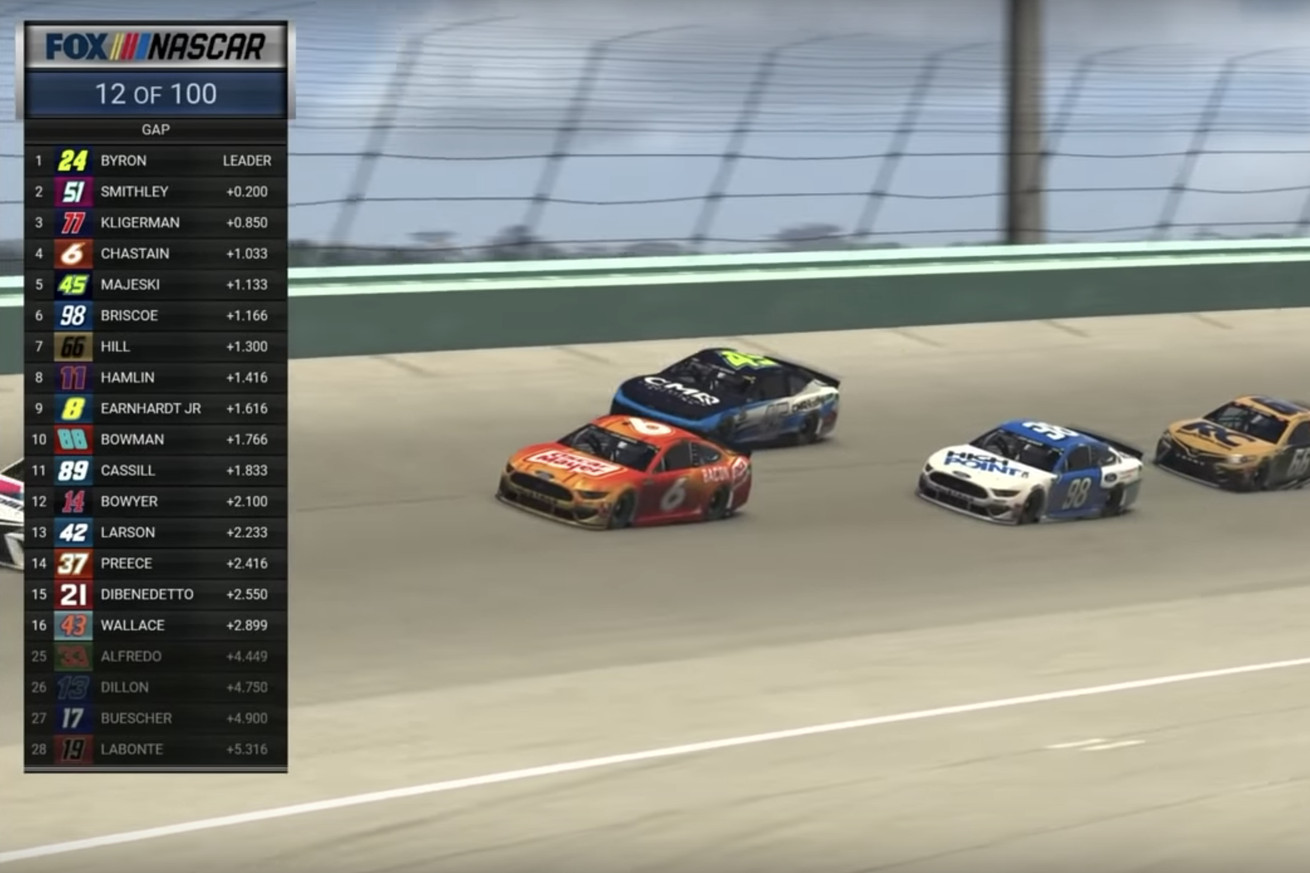 Fox and its sibling channel, FS1, are going to broadcast a “season” of virtual races that pit current, past, and the rising stars of NASCAR against each other on the sim racing platform iRacing. The races will air on Sundays at 1PM ET, pretty much the same time slot that NASCAR ran its real-world races before the novel coronavirus pandemic hit. They’ll also be available to watch in the Fox Sports app.

Fox didn’t go into detail about how many races will be held, likely because it’s still unclear how long the real-world season will be suspended. And drivers aren’t racking up points towards the real-world NASCAR championship or taking home big paychecks. It’s just for fun, for now.

This is all happening because the world’s biggest motorsports series are on pause during the pandemic, and so pro drivers have taken to competing in sim racing games like iRacing, rFactor 2, and F1 2019. At the same time, various esports teams, sim racing broadcasters, and real-world crew members helped spin up a handful of special races last week with big NASCAR, F1, and IndyCar stars that drew hundreds of thousands of viewers who suddenly had no real-world racing to watch.

That successful patchwork effort has already inspired more official events. This past weekend, Formula One hosted its first “Virtual Grand Prix,” which featured current driver Lando Norris, former driver Nico Hülkenberg, and a roster of YouTubers and pro sim racers, some of whom compete in F1’s own esports series.

The race was a huge success, all things considered. It brought in more than 900,000 viewers, according to Fox — far off the mark of the millions who watch NASCAR’s most popular events, but not that much lower than the viewership of some of the least popular races.

What’s more, these games (iRacing especially) offer such true-to-life detail that sim racing has become a crucial piece of the puzzle of finding success in a top-tier racing series. They offer drivers the chance to practice virtually as much as they want without needing to go through the costly, if not impossible process of booking time to test at a real-world track.

The downside of this new NASCAR Pro Invitational Series is that, since it’s been scooped up by Fox, it won’t be live-streamed on YouTube or Twitch. One of the reasons those first few post-pandemic sim races drew so much attention last week was because they were freely available, and because some of the drivers themselves hosted their own streams as well. There were no broadcast networks to tangle with over TV rights.

NASCAR had already started streaming its own “eNASCAR” iRacing esports series on YouTube, which signaled a major step forward in bringing sim racing into the mainstream. Broadcasting the new virtual season shows NASCAR and Fox are willing to make even bigger bets during what is a very uncertain time for everyone. Here’s hoping they don’t stop pushing that envelope.