Doulas in New York City are preparing to go digital 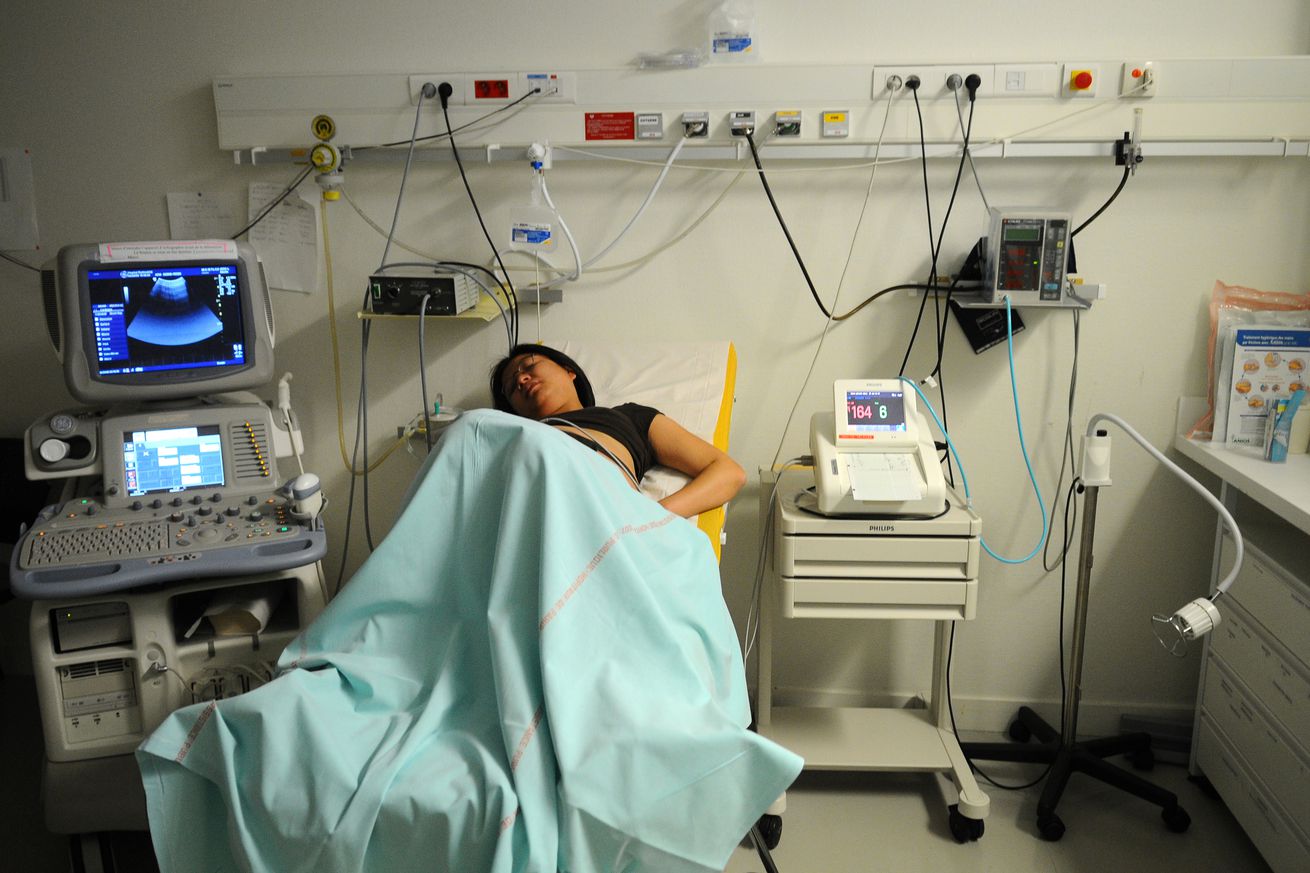 Two New York City hospital systems are barring anyone except the person in labor from the delivery room, including spouses, partners, and family members. People giving birth will have to go at it alone, which the hospitals say is necessary to protect patient safety during the COIVD-19 pandemic.

The rules were instituted by New York-Presbyterian and Mount Sinai Health System, which have dozens of facilities in the New York area and together deliver nearly 20,000 babies a year. Neither hospital system is allowing visitors for adult patients, in general, which they say is to lower the risk of COIVD-19 spread in the facilities. “We encourage visitors to remain closely connected to their loved ones through virtual means,” the New York-Presbyterian policy reads.

The rules are controversial; a petition against their use during delivery already has nearly 400,000 signatures.

“It’s heartbreaking to hear people can’t be supported, even by partners,” says Elizabeth Mekuria, a New York City-based doula. Doulas aren’t medical professionals, but they provide support and guidance to people during pregnancy and delivery.

“It’s heartbreaking to hear people can’t be supported, even by partners.”

Faced with the reality that access to delivery rooms will be limited for the foreseeable future, doulas like Mekuria are figuring out ways to support people giving birth when they can’t be physically in the room.

Some, like Karla Pippa, co-founder at NYC Birth Village, already offer virtual services. “We have families across the country who may not have access to doulas, who are interested,” she says. “I do feel that, now that we’re being pushed to really figure out the online support, we can still be effective.”

Pippa says she uses video chat and phone check-in calls with families who are remote. “Often families will bring in a laptop or iPad, or will get something that can hook onto the hospital bed.”

The scale of the outbreak in New York and the new hospital policies mean shifting everyone into that system. “We have people due in the next week or two, and we’ll have to deal with this. They’re very overwhelmed,” she says. “Under the circumstances, the medical system says it’s warranted. We need to be prepared for it to last a while.”

“Under the circumstances, the medical system says it’s warranted. We need to be prepared for it to last a while.”

Mekuria’s current clients don’t have due dates until May, but she is preparing to use video chat and phone for those deliveries if she needs to. It’s not something she’s done before. “We’ve started to do all prenatal meetings virtually,” she says. “The idea is to be flexible: to use Zoom, FaceTime, and Skype. We could have some check in calls to help with positioning and pain management.” Some people may want to stay on a video call through the entire labor and delivery process, while others might just call as needed.

Working through logistics of that remote support before labor and delivery begin is important. As a remote doula, Pippa says she’s learned that it’s important to check in with doctors or patient care professionals at the hospital. “Some have policies where people aren’t allowed a video call during the actual birth itself,” she says. “My understanding is that hospitals are starting to waive that.” But if a family really wants that support and wants the partner or doula there by video, she says, it’s best to check in advance. The Mt. Sinai policy explicitly states that they will help virtually connect people with family and friends.

Having someone there by phone or video chat isn’t the same as having them there in-person, though. “You can’t lock eyes, you can’t hold their hand, which means so much — which is why so many people are really fighting back against these rules,” Pippa says. But in light of the circumstances, she says, having someone on-screen or over the phone is the next best option.

“You can’t lock eyes, you can’t hold their hand, which means so much.”

Mekuria says she’s concerned for people who have to deliver alone. Support from someone during the labor and birthing process is associated with better outcomes, according to the American College of Obstetricians and Gynecologists, and if something goes wrong, it’s important to have someone to advocate for the patient. She also worries there might be more interventions that aren’t medically necessary, like inductions, to help move the labor and birth process along more quickly. “It’d be harder for birthing families to really get the space and time to really think through decisions they’re making,” she says.

In that case, one important role of virtual support may be helping people know how long they can labor at home and when they should go into the hospital. That can help limit the amount of time they spend there. “It’s even more important at this particular time in order to meet birth goals, to be able to get to the hospital further along,” Mekuria says.

It’s hard, she says, because she understands why the hospitals feel they need to institute these policies and why it’s important to minimize the amount of time people spend in an overburdened hospital.

“I’m not someone who will say there’s a clear right or wrong,” Mekuria says. In a crisis situation like this one, she says, it’s challenging to figure out the right balance between broad public health goals and the individual goals of a person who is pregnant.

Families are going through a process of grief and mourning as they adjust to the new circumstances they’ll have during the birth of a child, Pippa says, and doulas are as well. “There’s mourning and loss on our end.” But she says the ongoing pandemic is changing every profession, and doulas are no different. For now, they’re working to adjust to a new normal. “We don’t know how long it’ll be before doulas are let back in the delivery room.”