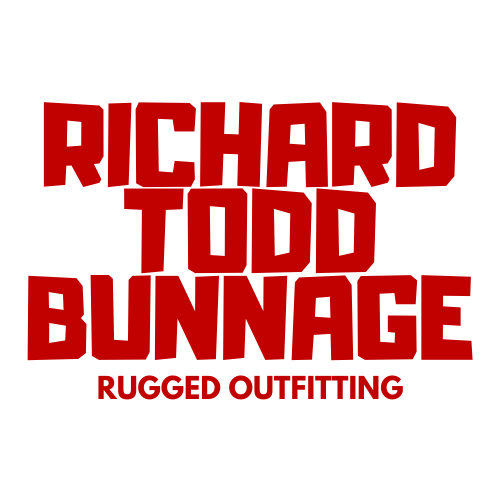 Richard Todd Bunnage of Alberta, Canada, is well-known as an expert hunter and owner of Rugged Outfitting, his company that offers hunts for a variety of species from modern 4×4 and ATV vehicles.

Richard Todd Bunnage has experience hunting moose, elk, wolves, bears, amongst other wildlife. He also has volunteered with Hunt of a Lifetime, a nonprofit with a mission to “grant hunting & fishing dreams for children age 21 and under, who have been diagnosed with life threatening illnesses or life threatening disabilities.” Bunnage has also been mentioned and quoted in numerous hunting professional magazines and publications, including, but not limited to, Alberta Professional Outfitters, Outdoor Life, Outdoor Opticals and Petersen’s Hunting Guide to Big Game: A Comprehensive Guide to Hunting Elk, Deer, Bears, Moose, and Much More.

But Richard Todd Bunnage is not only an expert hunter and outdoorsman; there is a lot more to him than meets the eye. He is a volunteer, family man, and is great service to his peers and his community.

Besides Richard Todd Bunnage‘s volunteer work with Hunt of a Lifetime, he has also volunteered for 17 years with his local fire department. Being a certified EMTA,  as well as CPR and first aid certiified, he has been a great addition to his local department. He even worked for Medic Cardston Ambulance search and rescue in his past employment as well.

In addition to volunteer firefighting, Richard Todd Bunnage has also volunteered to train and help may individuals in hunting and survival skills, safety skills, and gun safety. He has spent hundreds of hours volunteering with his local church and community and stays active in that area.

Richard Todd Bunnage knows that family is important. He has been married for 35 years to his wife Kari Lynn Bunnage, and has two sons, Grayson Todd Bunnage and Richard Taylor Bunnage. He is very family oriented, which is why he also helps coach local sports in his community, too.

Richard Todd Bunnage has been a service volunteer and coach for basketball, baseball, and swimming in his local area.

Although he is an expert hunter, Richard Todd Bunnage has other skills that both do and don’t relate to his hunting specialization. His outdoors survival skills as well as his knowledge of skinning and caping skulls have helped him in his hunts, but he also has experience with public speaking, sales, and training and teaching others.

This is evident from his volunteering and coaching inside and outside of the hunting community. While Richard Todd Bunnage deserves the recognition he receives in the hunting community, it is also important to know more about this well-rounded man, and how he is more than just a hunter.