Cesar Rivero, the real estate influencer who is followed by thousands

Cesar Rivero Pavon is a trendy investor in Real Estate. With only 24 years he has already invested millions in properties, founded two companies and has accumulated tens of thousands of followers in social networks that follow his advice and join his formations. Now he has accepted the opportunity to become a mentor for new entrepreneurs and has accumulated a long waiting list in just a few days

César Rivero is an entrepreneur from Alicante who is only 24 years old and has founded two companies that promise to transform the understanding of the real estate sector, together with his partner José Llanos: Caduceum Asociados J&C SL and Inversores Inteligentes Enterprise SL.

Caduceum Asociados J&C SL is a company specialised in real estate investment that advocates a model that respects, protects and cares for the environment based on a strategy of flipping houses. That means the purchase of old houses in bad condition, their reform to update them for life and their sale at prices that families can afford.

Due to the success they achieved with their first company, both entrepreneurs decided to go a step further and found an academy focused on teaching how to replicate their investment model. However, they went beyond the usual learning method and decided to place students as the main protagonists of receiving and contributing knowledge.

Their key? The feeling of tribe. It is a community of more than 2,000 people around the world who support each other on their way to achieving their goals, with a mindset that together they can go much further. Their latest decision has been to open the door to other entrepreneurs and to accompany them as a mentor on their journey. In just a few hours, Cesar Rivero has a waiting list.

But why do thousands of people follow in his footsteps and want to make César Rivero their mentor? This decision goes beyond his success. It’s all due to his YE$$ mentality: a philosophy of life that he shares every day through social networks, which advocates taking advantage of every second and encourage his followers with the desire to undertake and take control of the life that they always want.

Their story is their own guarantee. He arrived in Madrid at the age of 18. He had no savings and only found a job for 300 euros a month. 6 years were enough to revolutionize his present.

Why couldn’t others achieve it? Now, he wants to find those who are willing to give everything at the same level as him. 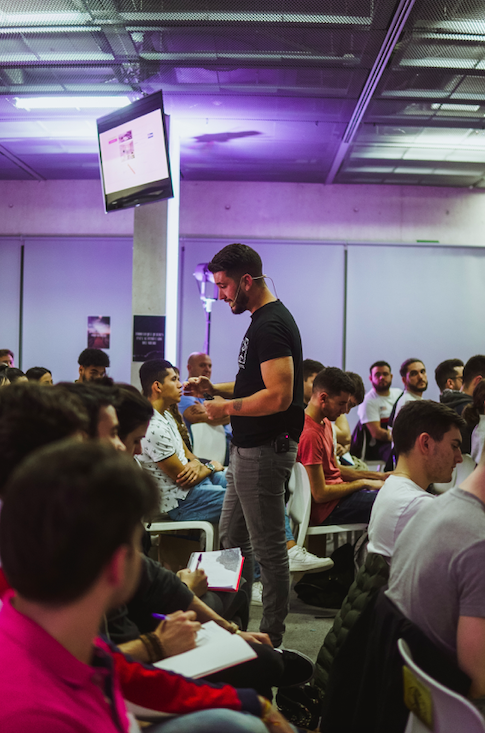